January 15, 2019 | 18:00
Tweet Email Print
Despite difficulties in the first half of 2018, the domestic automobile market saw impressive growth compared to the previous year with nearly 290,000 vehicles sold during the year, an annual rise of 5.8 percent.

According to the Vietnam Automobile Manufacturers’ Association (VAMA), sales of passenger cars grew 27.7 percent, while those of commercial and special-use vehicles dropped 19.2 percent and 48.5 percent, respectively.

The association noted that in the last four months of 2018, automobile sales expanded strongly. More than 25,000 vehicles were sold in September, 29,040 in October and 30,902 in November and 34,234 in December, with the latter figure the highest level for a month in two years.

Imports were greatly impacted by a decree which tightened regulations on cars shipped to Vietnam, allowing domestically-produced and assembled automobiles to drive the market’s growth.

By the end of 2018, sales of domestically assembled vehicles rose 10.6 percent, while that of imported car fell 6.2 percent year on year.

The leading firms in the market were Thaco, Toyota Vietnam, Ford Vietnam and Honda Vietnam. Thaco led in sales with 96,127 vehicles, up 7 percent over 2017 and 34.7 percent of the market share.

As part of efforts to increase sales ahead of the upcoming Lunar New Year holiday, some companies, including Nissan and Ford Vietnam, have slashed the prices of some models by 10-30 million VND each.

Pham Van Dung, General Director of Ford Vietnam, predicted that Vietnam’s automobile industry will continue to grow in 2019 and beyond. He explained the ratio of population owning a car is still low compared to many regional countries. 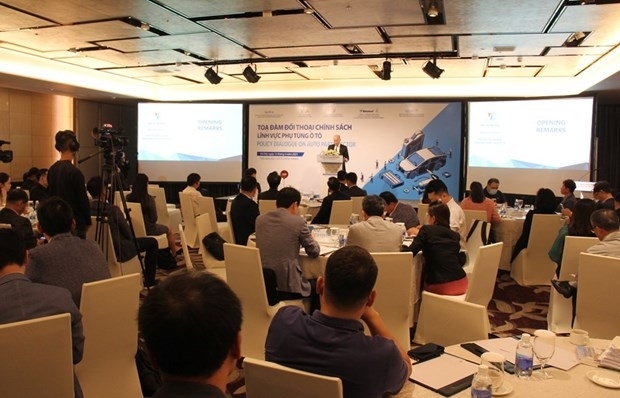