January 22, 2021 | 16:38
Tweet Email Print
Vietnamese shares struggled to stem a bearish mood on Wednesday with the VN-Index surpassing the 1,130 points but selling pressure still weighed on the overall market.

The benchmark VN-Index on the Ho Chi Minh Stock Exchange gained 0.33 per cent to end the trading session at 1,134.68 points.

More than 839.3 million shares were traded on the southern bourse, worth VND17.8 trillion (US$772 million).

Market breadth was negative with 209 gainers and 235 decliners.

“The VN-Index fluctuated quite strongly in the morning session, it sometimes fell below 1,100-1,110 points. However, buying forces at low price ranges helped the index gain again in the afternoon,” said news site vietstock.vn

Twenty-one of the 30 large-cap stocks in the VN30 basket increased while six declined.

Novaland was the strongest gainer with a gain of nearly 4 per cent. Khand Dien House (KDH), FLC Faros Construction (ROS), Mobile World Group (MWG) and FPT Corporation (FPT) were the followers that advanced 2 per cent.

On the other side, Hoang Huy Investment Financial Services JSC (TCH) and Thanh Thanh Cong - Bien Hoa Joint Stock Company (SBT) were the two biggest losers with a drop of more than 2 per cent. SSI Securities Inc (SSI), Vincom Retail (VRE) and Sacombank (STB) both fell more than 1 per cent and Vietinbank (CTG) were among the other losers.

“In the morning session, the VN-Index fluctuated significantly, but the market gradually stabilised in the afternoon session with a narrower range,” said BIDV Securities Co.

“Foreign investors continued to be net buyers on both exchanges, HoSE and HNX. However, market breadth was in a negative sideways state with lower liquidity compared to the previous session. According to our assessment, VN-Index may still have strong volatility sessions due to psychological factors and arbitrage transactions in the maturity week of derivative contracts,” it said.

On the opposite side, losers were securities, insurance, healthcare, agriculture, seafood processing and rubber production.

More than 173 million shares were traded on the northern market, worth VND2.2 trillion. 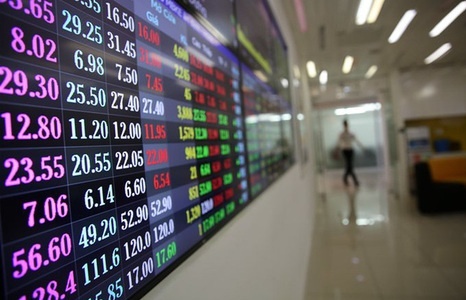 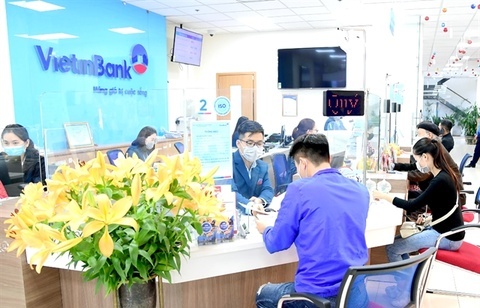