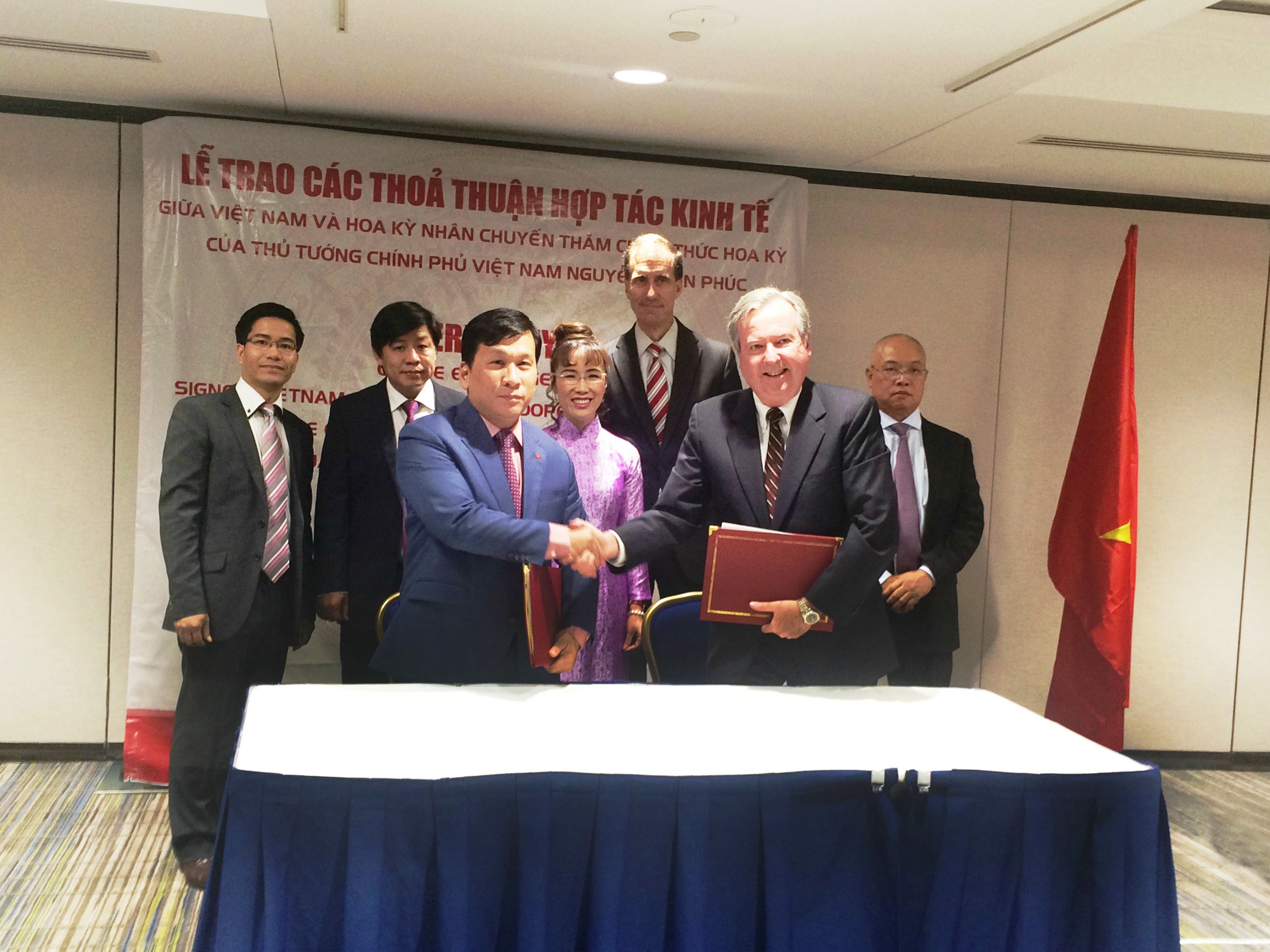 Honeywell currently supplies VietJet with auxiliary power units (APUs) for the airline’s entire fleet of 135 Airbus A320 aircrafts. This new agreement runs through 2022 and includes maintenance services for 12 years. The total value of the contract is over $100 million.

Vietnamese Prime Minister Nguyen Xuan Phuc attended the event as part of his visit to the US to promote bilateral business relations between the countries. The prime minister’s attendance recognised Honeywell’s long-term commitment to supporting Vietnam’s growing aerospace industry and close partnership with VietJet.

“Our partnership with Honeywell began in 2014 when they were selected to supply, manage, and maintain their 131-9A APUs for our fleet of 37 Airbus A320/A321 aircrafts. Today, we signed our second agreement for more of its industry-leading APUs, which have been proven to reduce operational costs and improve aircraft performance,” said Nguyen Thi Phuong Thao, president and CEO of VietJet.

“Our long-standing partnership with Honeywell is also a testament to Vietnam’s strong and positive relations with the US, and we look forward to many more years of deepening this relationship,” she added.

By selecting Honeywell’s most popular APU, the 131-9A, VietJet will benefit from increased operational reliability, lower maintenance costs over its life cycle, and significant fuel savings. The 131-9A APU’s proven reliability and enhanced operability will also help boost safety and comfort for VietJet’s passengers and reduce flight delays and cancellations.

The airline will also benefit from optimised operational costs across its fleet through direct support from Honeywell’s APU maintenance and service offerings.

“Vietnam is a priority market and key high-growth region for Honeywell, and we are committed to expanding the region’s commercial flight capabilities and helping to meet its long-term goals for the industry through our global maintenance, repair, and overhaul network,” said Brian Davis, vice president of the Asia-Pacific Airlines division of Honeywell Aerospace.

“We are confident that this agreement will help VietJet maximise the operational efficiency of its Airbus A320 fleet and bring increased comfort and safety to its passengers, and keep it ahead of the curve in the airline industry,” he added.

In 2015, VietJet also signed a Memorandum of Understanding with Honeywell to provide APUs and avionics for the airline’s future fleet. In March, Airbus designated the Honeywell 131-9A APU as standard equipment for its A320 aircraft family.

APUs are primarily used to power an airplane during ground operations, providing electricity, air conditioning, and main engine starting, among others. They can also provide backup electrical power during flights.

Honeywell engineered the first APU in 1948. The company has produced more than 95,000 APUs and has more than 36,000 in service today across more than 150 regional, executive, commercial, and military applications, including both fixed-wing and rotary-wing aircrafts.

Honeywell has recently shipped its 5,000th 131-9A APU. The 131-9 series APU has been selected by airlines for the majority of narrow-body aircrafts and features a unique electronic control box that integrates advanced, plain-English troubleshooting logic and health-monitoring capabilities for intuitive maintenance. This helps increase its already proven reliability to reduce delays and flight cancellations, allowing airlines to stay on schedule so their passengers can reach their destinations on time.