June 23, 2019 | 10:32 (0) user say
Tweet Email Print
More German companies are interested in expanding operations in Vietnam in the future to benefit from the local economic growth and free trade agreements.

The German Industry and Commerce Vietnam on June 20 announced the AHK World Business Outlook (AHK WBO) 2019 based on a regular DIHK survey among member companies of the German Chamber of Commerce Abroad, delegations and representative offices (AHK).

AHK WBO encompasses feedback from more than 3,500 German companies, branches, and subsidiaries worldwide and in Vietnam as well as international companies with close links to Germany.

Thanks to the active participation of German companies in Vietnam and across the globe, AHK WBO is seen by leaders, decisionmakers, entrepreneurs, media, and business professionals globally and in Vietnam as a barometer of the business confidence among German companies and as a key indicator of German business situation, as well as business and economic expectations.

2018 was a successful year for Vietnam with a number of positive developments, such as the GDP growth (7.1 per cent) or FDI disbursement ($13 billion). Similar to FDI, export-import turnover reached a new record high of $465 billion with an export surplus of $13 billion. The Vietnamese government shows commitment to support and create the most favourable conditions for foreign investors and businesses.

In addition, a wide range of free trade agreements such as the Comprehensive and Progressive Agreement for Trans-Pacific Partnership (CPTPP) and the EU-Vietnam Free Trade Agreement (EVFTA), which probably comes into effect this summer, will boost the economic growth of this country.

That might be the reason German business leaders in Vietnam maintain a positive view with the economic prospects as well as with their situation in Vietnam and they look forward to a bright 2019 and 2020.

Experts have forecast that the Vietnamese economy will continue to grow by 7 per cent this year thanks to export turnover and the drastic development of the manufacturing, processing, and services sectors as well as Vietnam's integration into the world economy.

While 52 per cent had a positive view of the local economic development in 2018, 67 per cent expects an improvement in April 2019. Half of the companies (51 per cent) claim conditions regarding the economic policy framework to be the greatest risk for their businesses in Vietnam. 28 per cent is afraid of disadvantages due to trade barriers.

Positive outlook on business situation and high expectations in Vietnam

German businesses operating in Vietnam assess both their own business situation and future business expectations significantly better than in 2018. 77 per cent rate their current business situation in Vietnam as good and 3 per cent as poor. While in 2018 only 56 per cent had a positive view of their situation in Vietnam. The balance points increased from 52 points to 74 points. The great increase in business expectations is really surprising. While the positive ratings rise from 56 to 72 per cent, the number of negative ratings fell from 4 to 0 per cent. Accordingly, the balance climbed significantly from 52 to 72 point implying a high level of German business confidence in Vietnam.

Concerns about the economic policy framework are increasing. After 44 per cent in 2018, 51 per cent of companies cite economic policy as the greatest factor of uncertainty for their businesses in 2019 in Vietnam.

Other issues such as the lack of skilled workers as well as labour costs might threaten their businesses here.

The conclusion of RCEP (Regional Comprehensive Economic Partnership), domestic and international demand as well as political stability have a very high influence on German engagement in Vietnam, as can be seen in market supply and demand as well as economic environment.

Germany and Vietnam have excellent economic relations and Germany enjoys an outstanding reputation in Vietnam which is really unique in this form in the ASEAN region. 46 per cent of German companies agree with this.

One of the concerns is how to support domestic businesses in order to enhance their competitiveness and to ensure sustainable development, because they are seen as the backbone of the economy in Vietnam.

Building and developing domestic supporting industries, as well as industrial clusters capitalising on the unique advantages of each region can help to create collaboration opportunities among domestic and foreign businesses. Therefore, businesses can easily develop together by taking advantage of experience and technological exchanges. Foreign-invested businesses account for 73 per cent of the export value and more than 50 per cent of the overall industry output, while domestic businesses only produce a small amount of output, both quantitatively and qualitatively, compared to FDI businesses.

Second, developing a practice-oriented vocational education system with the opportunities learning by doing will help to build a new skilled generation with profound knowledge, practical, and communicative skills. This could be a competitive advantage of Vietnam which can assure sustainable development in the long run.

Last but not least, building a fruitful and creative ecosystem for startups as well as providing financial, educational, and environmental assistance will give domestic startup companies as well as small- and medium-sized businesses the ability to reach foreign investors and modern technology. 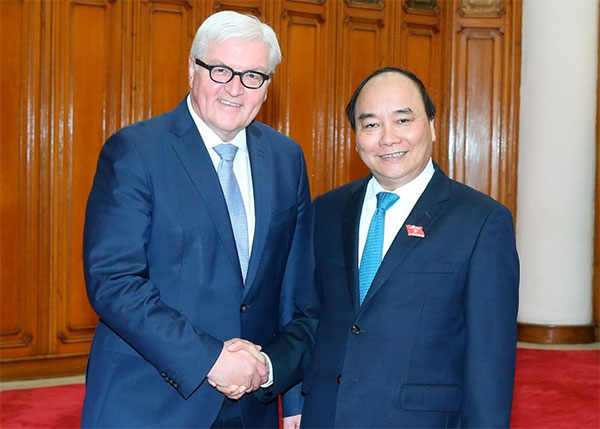 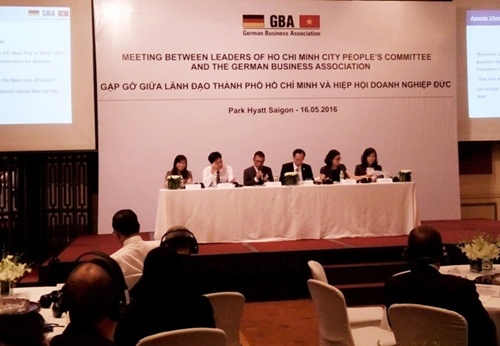 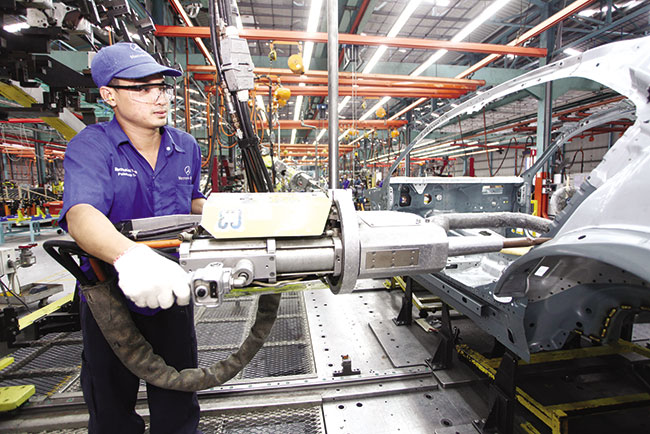