July 06, 2021 | 21:44
Tweet Email Print
Vietnamese investments in Laos and joint projects between the two countries are expected to be boosted on the back of the new visit.

Of these, the Laotian leader proposed to organise an official opening ceremony of the new National Assembly House in Vientiane that Vietnam’s Ministry of Construction initiated in 2017 and handed over to Laos in March. Built at a cost of $111 million, the building is serving functions and is also a cultural research centre, as well as the location of the first session of the ninth Lao National Assembly in March.

“The National Assembly House is practical proof of building a special friendship between the two countries, as a meaningful gift to Laos and marking a new development of the bilateral relationship,” PM Chinh said.

Infrastructure is also an area of interest for the two countries. Of these, the Vietnamese leader highly appreciated the development of Lao-Viet International Port JSC and the expansion of Vietnam’s three Vung Ang port projects under an agreement signed between the two governments.

The capacity of transporting containers at the Vung Ang deep seaport has been strengthened to receive from 5,000 to 100,000 dead-weight tonnage vessels, and provide services for between 50,000 and 1.2 million containers, handling goods of 3-20 million tonnes by 2030.

For Laos, Vung Ang plays an important role in promoting both maritime transport and regional connectivity to boost Laotian economic growth through transportation and trade exchanges.

Other transport projects are also paid attention to by the leaders of the two countries. They agreed to call for more investment and soon the development of such strategic projects as the Hanoi-Vientiane expressway and the Vientiane-Vung Ang railway, as well as emphasised the importance of transport connectivity between Vietnam, Laos, and Cambodia to boost the economic, trade, and investment activities of the three markets.

Additionally, a Lao-Viet friendship park in Vientiane will also be developed soon to celebrate the 60th anniversary of diplomatic relations and the 45th anniversary of the Treaty of Friendship and Cooperation between Vietnam and Laos in 2022.

The visit of the Laotian State President occurred after the country successfully organised the 13th National Party Congress and the elections of the 15th National Assembly and all-level people’s councils for the 2021-2026 tenure. 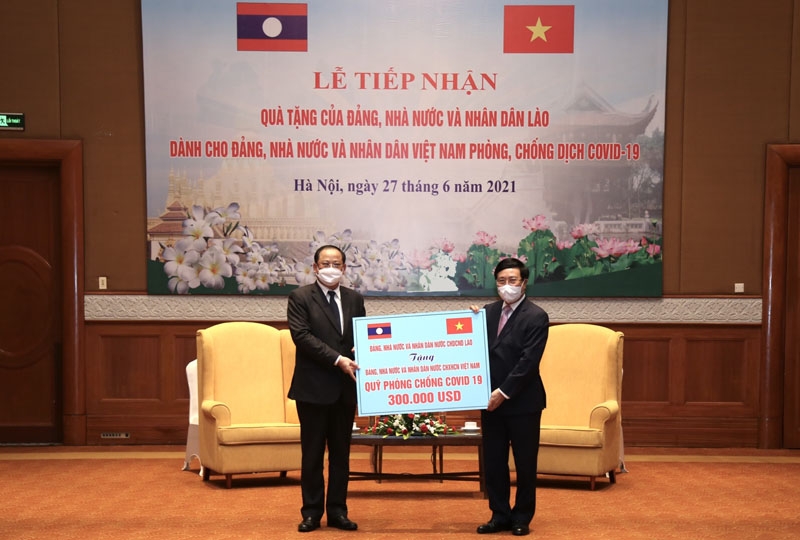 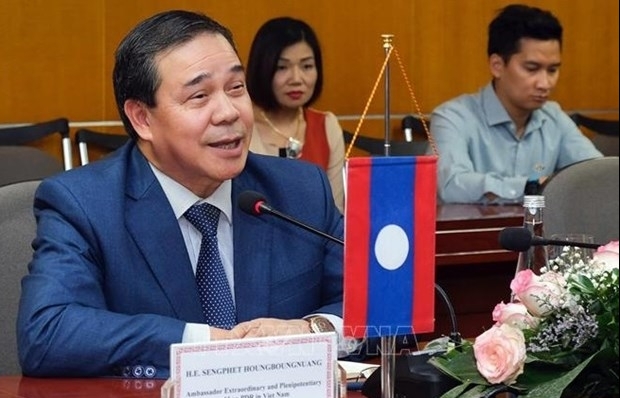 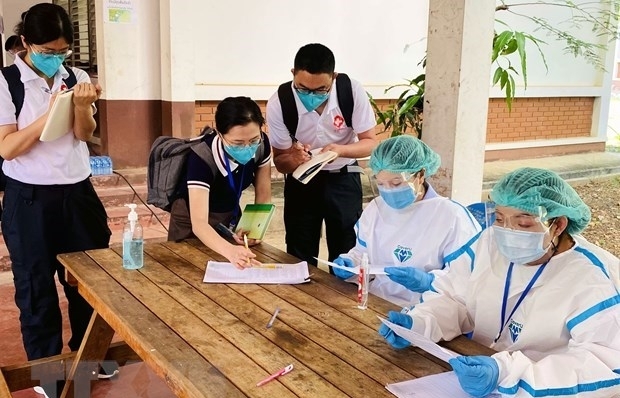