Johnson gave notice of potential tougher action as the latest health department figures revealed that 281 people had now died from COVID-19 in the UK, an increase of almost 50 fatalities in the past 24 hours, and there are 5,683 confirmed cases.

"Please follow the advice and don't think that the fresh air gives you some immunity," he told a Downing Street press briefing. "You have to stay 2m from each other."

The government would take "additional measures" if people continued to fail to comply, and ministers were keeping options under review, he added.

"If people won't do it, we'll bring in tougher measures."

Earlier, he warned that Britain was "accelerating" along the same coronavirus path as the one devastating Italy.

Britain's death toll mirrors the figure that Rome declared just over two weeks ago, on Mar 7, before Italy became the world's most affected country.

On Sunday, Italy said that 4,825 people had died from the virus there, a third of the world's total.

"We are only a matter of weeks - two or three - behind Italy. The Italians have a superb healthcare system. And yet their doctors and nurses have been completely overwhelmed by the demand," said Johnson.

In London, the worst affected UK city, Mayor Sadiq Khan told the BBC that police may have to step in to enforce social distancing.

"If it is the case that people continue to act in a way that's leading to this disease spreading, then those sorts of things will have to be considered."

Scotland's first minister Nicola Sturgeon, at her Sunday press briefing, criticised pubs which opened over the weekend despite being warned not to, claiming they "put lives at risk".

"Close now. We'll have emergency powers within days to force you to close and we will use these powers if we have to," she warned.

On Friday, Johnson announced what he called "draconian" measures to combat the spread, including the closing of bars, pubs and restaurants. Almost all schools will be closed from Monday.

Ministers have also outlined emergency legislation to give police, public health and immigration officers extra powers, expected to come into force this week.

Mounting concern about the spread of the virus and its impact on NHS services came as authorities in the UK told 1.5 million people most at risk to stay at home for 12 weeks.

The government advised vulnerable people, such as those with bone or blood cancers, to shield themselves from the virus by confining themselves at home.

"People should stay at home, protect our NHS and save lives," said Housing secretary Robert Jenrick.

He said the government would get protective gear to NHS staff on the frontline "as soon as possible" amid fears the virus could be spreading due to a lack of equipment for medics.

In a further sign of growing concern, environmental and heritage charity the National Trust said it would close all of its parks and gardens.

Downing Street meanwhile denied a "highly defamatory" Sunday Times newspaper story that Johnson's chief adviser, Dominic Cummings, had initially argued against strict measures to contain the virus, in an argument summed up as "if that means some pensioners die, too bad". 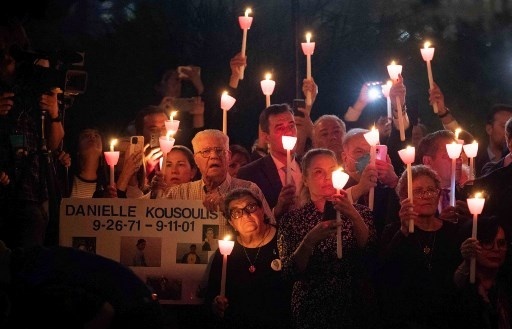