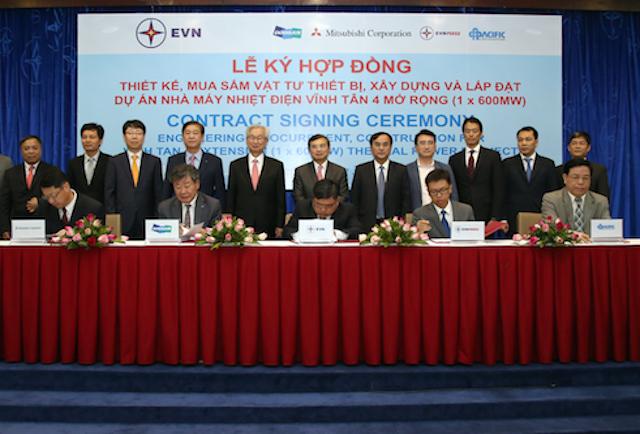 The expansion plant’s construction is expected to kick-off in the first quarter of 2016 and will be completed in the fourth quarter of 2019. Once the plant comes into operation, it will add an annual 3.6 billion kWh to the national grid, contributing to the socio-economic development of the south central coast region and the southern provinces. Besides, it will help these regions to reduce dependence on electricity supplied from hydropower plants.

The plant will be equipped with modern and environmentally-friendly technology that optimises productivity. Besides, it will take advantage of nearby facilities at Vinh Tan 4 thermal power plant, including construction grounds, port, and roads.

In March 2014, EVN held the ground-breaking ceremony of the 1,200MW/VND36 trillion ($1.6 billion) Vinh Tan 4 power project, one of the four designed plants in the 5,600MW Vinh Tan power centre. The power centre will generate power mostly for the southern central and southern regions.

The construction of Vinh Tan 4 is also carried out by four main contractors, namely Doosan, Mitsubishi Corporation, and domestic Pacific Ocean Engineering JSC and Power Engineering and Consulting 2 JSC. Once completed and fully operational by 2018, this power plant is projected to contribute about 7.2 billion kWh per year to the national grid.