April 07, 2015 | 15:05
Tweet Email Print
The Ministry of Planning and Investment is expecting a new wave of private investments into developing the country’s infrastructure network after the specific guidance on public-private partnership model and investor selection procedures are released. 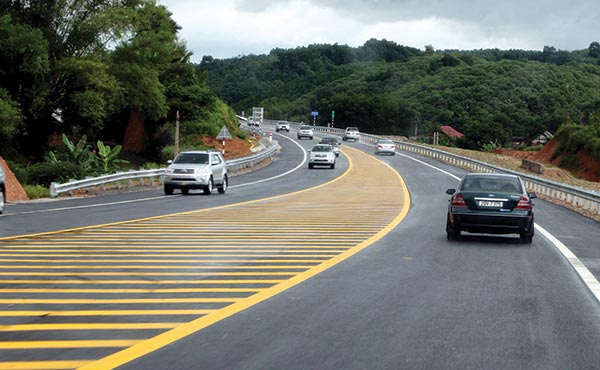 The new decree on PPP will stimulate investments in infrastructure

“We expect a boom of private investments in infrastructure after legal documents clarifying regulations are issued which satisfy state management and investor interests,” said Le Van Tang, director of the Procurement Department under the Ministry of Planning and Investment (MPI).

Tang added that he saw positive signs of private investors paying more attention to infrastructure projects in the country.

In February and March, the government issued a decree guiding investment under the public-private partnership (PPP) model, and a decree on the selection of investors for PPP projects or ideally-located property projects. The PPP decree will take effect from April 10, while the decree on investor selection will be effective from May 5.

Tang said during the draft process of these legal documents, the government authorities had sought advice from foreign investors and international financial institutes, through seminars held in Singapore and nationwide.

“This is a very comprehensive legal document that balances both state management agencies’ and investors’ interests. Therefore, we believe the door has been opened for private investors to enter the infrastructure sector,” said Tang.

He added it would become very transparent as private investors had to be selected through a tendering process. Investors with the most effective investment plans would be selected.

The MPI estimated that from now until 2020, Vietnam would need around $170 billion to develop its infrastructure, including transport, bridges, power plants, water supply network, waste treatment plants and ports. However, public sources of capital, including the state budget, government bonds and official development assistance funds would estimatedly meet more than half of this sum, therefore, the PPP projects could prove to be a timely opportunity for the both the government and private investors.