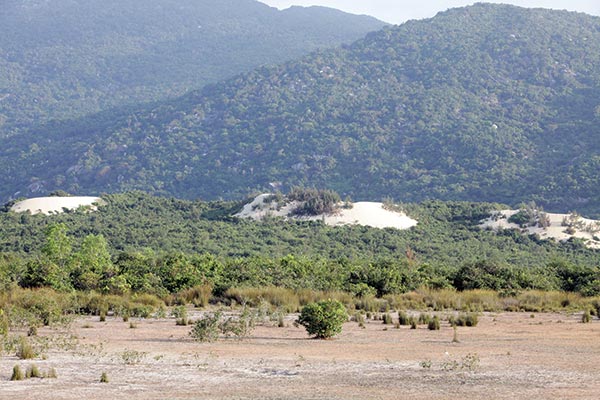 These projects include a $1.1 billion front-beach resort and hotel complex, the $3.18 billion Vung Ro petrochemical and oil refinery complex and the road infrastructure at the Deo Ca Pass which would enhance travel between Phu Yen and neighbouring Khanh Hoa province.

Pham Dinh Cu, Chairman of the Phu Yen Provincial People’s Committee, said these projects would be the driving force for the economic development of the province in future.

He stressed slow land clearance progress was a common problem for all of the projects.

If the site clearance is completed on schedule, Sao Viet and Sun Rise will start construction of this project in the first half of this year.

Although he did not give a specific deadline for land clearance for both Vung Ro and Deo Ca, Cu said this work should be completed shortly to allow investors to meet their construction schedules.

Located in the Hoa Tam Industrial Zone, the Vung Ro oil refinery and petrochemical complex is invested in by the UK’s Technostar Management Limited Company. The refinery is well-positioned to meet unprecedented demand growth for high quality fuel and petrochemical products in Vietnam and the wider region, and acts as a strategic base for business expansion within the region.

The Deo Ca Investment Joint Stock Company began the construction of the 3.9-kilometre Deo Ca tunnel in November 2012 under the authority of the Ministry of Transport. The tunnel is part of an overall project spanning 13.4km, which also includes the 500-metre Co Ma tunnel and a 9km approach road and bridge.

The Deo Ca tunnel is expected to be completed in 2016 and will facilitate transport between the central region and the southern area, connecting the pivotal economic zones of South Phu Yen and Van Phong, spurring industrial, commercial and tourism activities in the two localities and the wider south central and Central Highlands regions.