In November 2010, a pilot scheme of public-private partnerships (PPP) was introduced (Decision 71), which was expected to boost PPP projects in Vietnam. As of 2014, there were 38 PPP infrastructure development projects proposed to the government. However, none of them were implemented. From a legal perspective, Decision 71 seems to have failed in providing a realistic framework for the operation of PPP projects. It also confused investors with a dizzying array of government decrees on build-operate-transfer (BOT), build-transfer-operate (BTO), and build-transfer (BT) models, outlined in Decree 108 (November 2009) which provided several amendments. Indeed, most of the infrastructure projects in Vietnam have been carried out in accordance with Decree 108 rather than Decision 71. As such, the government issued Decree 15 on 14 February to finally provide a comprehensive legal framework for PPP projects, replacing Decision 71 and Decree 108. Apart from regulations that remain unchanged, Decree 15 introduces new regulations which may encourage the development of PPPs.

The list of the eligible projects for PPP under Decree 15 emphasises the need for the government to develop an integrated infrastructure which has the potential to foster national economic development. Decree 15 describes PPP as an investment arrangement between an authority, investor, and project company to perform, manage, and operate infrastructure and public service projects including:

- agriculture and rural development infrastructure and services associated with processing and consumption of agricultural products; and

- Other areas as decided by the prime minister 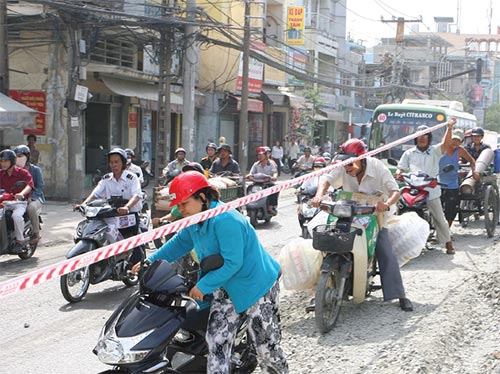 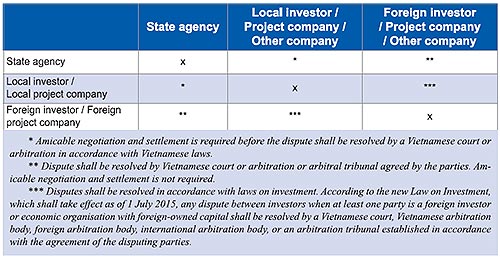 Excluding operate-manage (OM) projects and projects mentioned above, a PPP project shall have a minimum total investment capital of VND20 billion. Decree 15 allows the investors and the state to allocate financial resources and share the financial risks without a cap, whilst each stakeholder shall be subject to statutory conditions.

Private participation shall comprise of the investor’s equity capital and other funding sources which the investor is responsible for raising.

Regarding the loan capital, Decree 15 is unclear as to whether the investor may receive a state guarantee. Previous legislation specifically set out that any loaned capital shall be raised without increasing the burden of public debt. Article 57 of Decree 15 reads that the government may mandate an agency on behalf of the government to guarantee the material supply, product, and service consumption as well as other obligations of the investor, the project company, or other companies participating in the PPP project.

Before Decree 15, state participation in a PPP projects was capped at 30 per cent under Decision 71, and 49 per cent under Decree 108. These caps had the effect of rendering PPP projects less attractive to investors, as they will have to shoulder a higher risk burden than the state. Decree 15 removes these caps. However, state funding is limited to the following purposes:

- capital contributions for construction works of projects with business and fee collection from end-users, yet the collection is not sufficient for return on investment and profit;

- payment for investors providing services in accordance with build-transfer-lease (BTL), build-lease-transfer (BLT), and similar contracts; and

Decree 15 expands on the number of PPP forms available, laying the legal foundation for contracts of build-operate-transfer (BOT); build-transfer-operate (BTO); build-transfer (BT); build-operate-own (BOO); build-transfer-lease (BTL); build-lease-transfer (BLT); and operate-manage (O&M) models. Subject to these forms of contract, the authority that has the power to sign and implement a PPP contract may propose other similar contracts for the review and approval of the prime minister. Previously, Decree 108 only governed BOT, BTO, and BT models, while Decision 71 was silent on the forms of PPP contract.

Decree 15 allows parties to choose applicable foreign laws to govern project contracts and contracts guaranteed by the government. Under either scenario, the choice of foreign governing law will not have jurisdiction over Vietnamese regulations on the application of foreign law.

From this perspective, it is possibly the first time that domestic legislation refers to a specific regulation rather than the general term “fundamental principle of Vietnamese laws” which has no definition under the law.

Disputes in a PPP project may be resolved by court or via arbitration subject to agreement by the parties. Decree 15 makes it clear that disputes which are resolved by arbitration in accordance with the project contract and related contracts are commercial disputes. Vietnamese laws only have regulations on commercial arbitration, thus, if the dispute is not commercial, the choice of arbitration would be null and void. Under Decree 15, the resolution schemes are different depending on if the state agency is disputing with a local or a foreign investor.

Below is a general flow chart showing the process from initiative to execution of the PPP project contract. It is still a lengthy process for an investor to pursue. Decree 15 allows a conversion from a public project into a PPP project provided that it satisfies the requirements under Decree 15. However, further guidance is expected since it is not yet clear whether such a conversion would require stakeholders to perform all the processes shown below.