March 02, 2016 | 10:24 (0) user say
Tweet Email Print
Foreign developers are looking to secure their foothold on the back of the voracious appetite seen in the local real estate market. 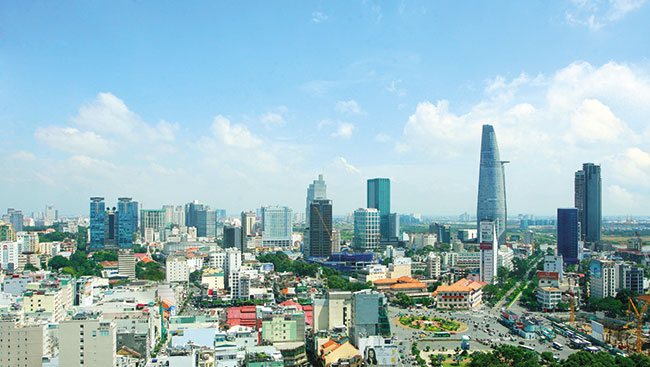 There has been significant investment from foreign developers across a wide range of real estate market segments, particularly
in Ho Chi Minh City

Linson Lim, president of Keppel Land Vietnam, told VIR that with its improving economy, Vietnam was poised to be one of the best-performing countries in ASEAN over the next few years.

The country, particularly Ho Chi Minh City, continued to attract foreign direct investment capital. This, coupled with a young and dynamic population, and a growing middle-class, would continue to drive demand for quality homes and investment-grade offices.

“Thus we remain confident in the long-term growth potential of Vietnam’s property market, which is one of our key growth markets, with a focus on Ho Chi Minh City, covering upper-middle to high-end residential and integrated mixed-use developments,” Lim said.

In tandem with the strategy to further expand its commercial portfolio, Keppel Land has advanced with the development of Saigon Centre phase 2 to meet the demand for prime office and retail space in Ho Chi Minh City.

According to Lim, when fully completed, Saigon Centre phase 2 will comprise 40,000 square metres of premium Grade A office space, seven levels of 50,000sq.m in retail space, and about 200 units of luxury serviced apartments. The retail mall is fully committed and is scheduled to open in the third quarter of 2016. Construction works for Saigon Centre Phase 2 office tower is also progressing on track.

In addition, the sales for Keppel Land’s projects, Estella Heights phases 1 and 2 and Riviera Point, have been encouraging. The company sold about 930 units in 2015, more than five times the 164 units sold in 2014.

He went on to state that the positive take-up of its homes reflected homebuyers’ and investors’ confidence in the Vietnamese economy and in the developments’ strong attributes and value offerings, as well as in Kepple Land’s products. The company was confident that they would continue to see healthy demand and were planning to launch the next phase of Riviera Point in District 7 and South Rach Chiec in District 2 later this year.

Another developer, Sapphire, has a strong project pipeline and is actively seeking well-located, medium- to large-scale projects for office, industrial, residential apartments and houses, as well as mixed-use developments in Vietnam. The group is willing to acquire land or form joint ventures with land owners. Together with established investor relationships, Sapphire is supported by Sakkara Group in Australia, whose global experience spans 86 projects valued at more than $2.5 billion since 1997.

Since the beginning of the real estate market’s strong recovery a year and a half ago, Sapphire has launched the first of its prestigious villas at HOLM – a residential community in Thao Dien area in Ho Chi Minh Cit, and has also commenced selling units in the second phase of Sanctuary Resort, a luxury beachfront residential community in Ho Tram in the southern province of Ba Ria-Vung Tau.

Recently Sapphire has divested its minority shareholding in both Refico Real Estate Group and in the City Garden Apartments joint venture.

“As our business grows, we recognise that when we are a meaningful shareholder and are able to manage the project, the outcome is better,” said Sapphire joint managing director David Bedingfield.

Meanwhile, VinaCapital continues to capitalise on the upswing in the property market by selling off the last of its remaining units in Danang-based projects The Point and Azura. In addition, they are launching a new 381-villa project in Saigon South called Nine South Estates.