Voting and Attendance Ratios under Resolution

July 29, 2013 | 15:15 (0) user say
Tweet Email Print
December does not simply signify the arrival of the Holiday season – it is also the time when companies inevitably begin to prepare for their annual meetings. 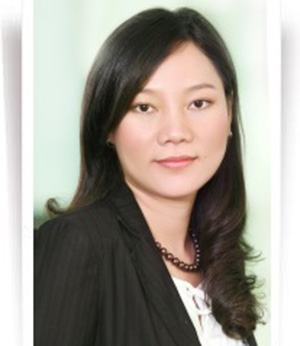 In Vietnam, however, enterprises gearing up for these yearly events remain unclear on updated majority attendance requirements for meetings and company votes.

An appendix issued with Resolution 71, outlining issues directly applicable to Vietnam’s commitments, reduces the voting and quorum ratio of members’ councils with regard to limited liability companies, and shareholders’ general meetings with regard to joint stock companies.

The changes brought forth by Resolution 71, however, have not been clarified by subsequent regulations, leaving investors unsure of the applicability of the updated ratios.

The law governing these issues – the 2005 Law on Enterprise – stipulates that companies’ fundamental decisions require, at minimum, the consent of 75 per cent (for important matters) or 65 per cent of shareholders/members (for other matters). The required quorum for the first meeting shall be 75 per cent (for limited liability companies) and 65 per cent (for joint stock companies). The list of issues applicable to commitments, however, places various restrictions on foreign partners in a variety of service sectors, which limit such investors’ capital contributions or prohibit them from contributing capital entirely. This presents a scenario in which foreign investors cannot reach the 65 per cent or 75 per cent majority ratios, respectively, in certain business sectors.

To address these challenges, Resolution 71 permitted relevant companies to redraft their charters to allow for council members or shareholder representatives attending meetings to pass decisions with a 51-per cent majority, which is calculated based on the capital ratio held by voters. Accordingly, the Resolution allows companies to apply the quorum ratio of 51 per cent for the first meeting of the members’ councils and general meeting of shareholders.

These changes to majority-vote and attendance ratios (“Updated Ratios”) are based in Paragraphs 502 and 503 of the Working Group Report on WTO Accession. However, in reviewing these provisions Paragraphs, it can be inferred that the Updated Ratios shall only apply to joint-venture companies established in service sectors covered by Vietnam’s commitments or to joint-venture companies established prior to the date of accession to the WTO, for cases in which companies are re-registered in accordance with the 2005 Law on Enterprise. 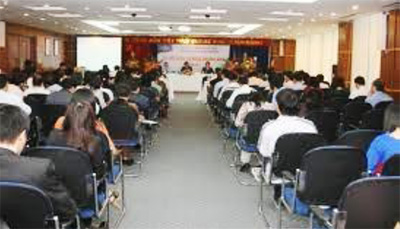 However, as of yet, regulations implementing these changes have not been issued to clarify which companies or organizations are permitted to amend their charters and utilise the Updated Ratios. Amendments to the 2005 Law on Enterprise, which were included in the Law No.38/2009/QH12 in 2009, also do not mention about the Updated Ratios.

And while a number of related documents explain the Working Group’s intentions with regard to the Updated Ratios, such explanations have no legal effect on application. Further complicating the application of the majority rule, the Working Group Report and Resolution 71 have not clarified cases in which joint-venture enterprises both satisfy the above conditions and fall outside the limitations on applicable enterprises.

Specifically, it is unclear whether joint-venture enterprises operating both in committed and non-committed service sectors (or manufacturing sectors) can revise their charters and apply the Updated Ratios.

The choice of voting and attendance ratios is a crucial matter for most companies, particularly for joint-venture companies with a close capital contribution ratio of 49 per cent to 51 per cent.

The role of foreign investors in joint-venture companies makes clarification of the above ambiguities that much more urgent, as the majority-vote and attendance ratios may be a deciding factor in such investors’ decision to invest in Vietnam and choose a company form. It is therefore crucial that the competent authorities come to a joint decision on how to implement these requirements and issue clear guidelines to provide the business community with clarity on applicable majority-vote and attendance ratios, before convening their annual meetings early next year.