July 24, 2013 | 10:00
Tweet Email Print
Compared to other countries, the Vietnamese tax authorities do not have extensive experience on dealing with transfer pricing. 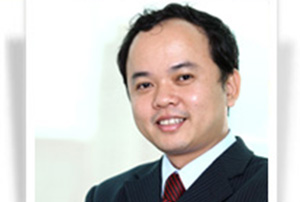 However, transfer pricing recently has become one of the main concerns of the National Assembly (i.e. the Vietnamese Parliament) due to three factors.

The first factor is the increase of foreign investment in Vietnam, which according to official sources reached USD 30 billion in June 2008. The second is due to tax incentives and the rather underdeveloped tax regime in Vietnam. Last but not least, in preparation of Vietnam’s accession to the World Trade Organisation on 11 January 2007, the government liberalized the market and abolished trade barriers, such as the regulations on minimum prices for imported products.

In 2007, the Ministry of Finance (MOF) reported that the tax collected from foreign invested enterprises (FIE) in 2006 missed its projected target by USD 122 million. Many sectors, such as

automotive or pharmaceuticals, where the market price in Vietnam is higher than elsewhere in

the Asian region, have actually reported losses. The MOF suspected that a large volume of business profits were shifted abroad due to transfer pricing issues. The fact that the British Virgin Islands (BVI), a tax haven, is among the top 5 “biggest foreign investors” in Vietnam is only one example.

As the Government suspects profit shifting by FIEs, transfer pricing becomes a challenge for multinational companies. However, transfer pricing regulations in Vietnam are not very clear, and therefore what might appear to be a correct transfer price on the date of conducting a transaction might later, in case of an audit, result in heavy tax penalty.

The Government is trying to catch up. The MOF has published transfer pricing examples and