June 24, 2014 | 09:14 (0) user say
Tweet Email Print
The amended investment and enterprises laws will soon be submitted to Vietnam’s National Assembly and will be adopted in November this year. 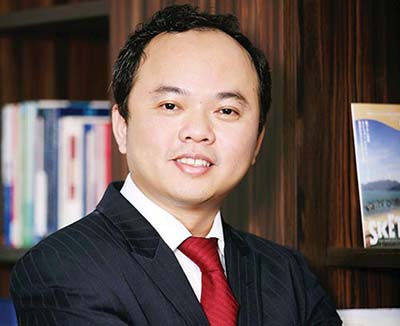 These statutes aim to reduce administrative bureaucracy and mobilise more foreign and local capital into production. For the first time, the laws present a pro-investor approach which will, hopefully, create a new wave of foreign investment into Vietnam.  Dr Le Net, partner of LNT & Partners law firm highlights the most important changes in these two laws.

Abolition of Investment Certificates for many foreign invested enterprises

The amended and restated Law on Investment will only require Investment Certificates (IC) for conditional investment projects. Other projects (e.g., production projects) may proceed without an IC. That means foreign investors may establish a company in Vietnam by registering its enterprise and obtaining a Business Registration Certificate (BRC) in the same manner as Vietnamese investors. If implemented properly, many foreign investors will no longer have to prepare feasibility studies and await the opinions of numerous ministries before they can commence operating in Vietnam, thereby removing a critical hurdle in their investment stages.

The possibility of establishing a company without needing a project would promote the concept of a holding company, which has not been widely recognised in Vietnam. It will also make it more possible to establish special purpose vehicles (SPVs) to acquire assets/projects in Vietnam without having to enter into a joint venture or acquiring shares in a local company. This significantly reduces transaction costs.

Abolition of the “ultra vires” doctrine and HS Code requirements

The amended and restated Law on Enterprises (RLOE) will abolish the need to provide HS Codes when obtaining a BRC. This allows an enterprise to have as many business activities as it wishes, provided they are not prohibited or restricted by law. Trading and distribution companies will no longer need to supply thousands of HS Codes for their traded and anticipated products. This will answer the common investor complaints on HS Code requirements and the irrelevant questions being asked by authorities in the licensing stages.

The opening up of a HS Code system and the list of business activities may lead the way to relaxing the ultra vires doctrine – that an enterprise may only bind or be bound if it is engaged in the businesses listed in its BRC. This will provide greater certainty to businesses in respect of their trading partner’s capacity. 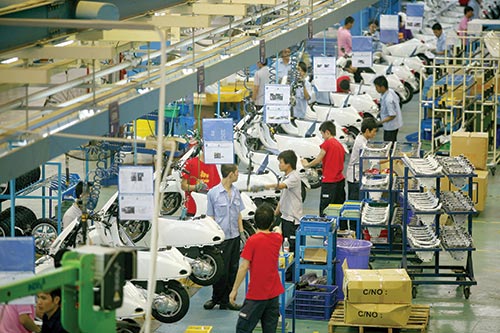 While this change may not affect existing companies with their current charters, it opens up opportunities to renegotiate the charter for the shareholders’ benefit and attracts more investors to buy-in shares to reach the required control majority.

While the LOE introduced the concept of fiduciary duty, it does not implement it as a means of protecting minority shareholders if such duty is violated. For the first time, the RLOE introduces the concept of derivative actions, which allows shareholders holding at least 1 per cent of the total shares to launch derivative actions against board members, directors and controllers from a violation of their duty to put the company’s interests before their own and not to abuse their powers. The cost of derivative action will be borne by the company. This can be considered good news for private equity funds or minority investors, who currently hesitate to participate in equalisation programs of state owned enterprises (SOEs) because the major shareholders will be the government or a relative of the SOE’s incumbent managers.

The RLOE recognises a company’s right to issue bonds. Unlike previous legislation, which requires the bond issuer to be “profitable”, which may be unfeasible to SPVs, the RLOE only requires the issuer to be solvent (i.e., able to pay its debts when due). This deregulation may create opportunities for securitisation and a project bonds market, and is a step towards the right direction in advancing Vietnam’s capital markets.

More than one legal representative in a company

Charter capital will be paid up capital

In the past, the Vietnamese authorities often measure the capacity of a company by its “charter capital”. Understanding this misconception, many companies have been established with a very high declared charter capital which never been paid up. To counter this problem, the RLOE now provides that charter capital must be paid up capital to be fully contributed within 90 days from its establishment. Other than paid up capital, there may be authorised capital but this would not be considered charter capital.  Any issue of shares beyond the authorised capital should either comply with the public offerings process (registration at the State Securities Commission) or private placement (notice to the business registration authority).

Obstacles to change - “conditional projects” and delays in consideration

The abolition of the IC requirement does not benefit all foreign investors. There are more than 150 “conditional” projects that are still subject to IC requirements. These include services under the WTO roadmap such as retail and distribution, logistics, and pharmaceutical trading. Unfortunately, foreign investors in these business lines tend to face the greatest licensing issues.

Another bureaucratic problem is that although the law provides 45 days for authorities to consider an application and issue an IC, authorities often do not respect this timeframe and it goes unsanctioned.  Business societies and law firms may want to lobby the drafting committees to impose a requirement that if the licensing authority requests an opinion from a central ministry, and no reply is provided within 14 days, the licensing authority may assume the ministry has no objections.

As experience shows in the past seven years (when Vietnam joined the WTO), unless the business community voices their concerns, the drafting committees may face stronger challenges from the ministries for various reasons and may, in the end, forfeit their initial good intentions.

Support from the business community

The reforms to the LOI and LOE will considerably impact the Vietnamese legal community.  They will facilitate the establishment of new enterprises, especially those owned by foreign investors, and reduce costs when investors withdraw from the Vietnamese market. In addition, it will preserve the rights and interests of investors, shareholders and other stakeholders.

So far, the drafting committees have only received modest support from VBF through organising seminars. It is now time for business societies and law firms to join support, either by submitting position papers or providing examples of technical barriers to the press and the National Assembly, to enable the drafts to be supplemented and completed. Only then will the target of these two vital laws be achieved.

Competing against eleven well-established international and local law firms in Vietnam, LNT & Partners won the award after a rigorous review process wherein the firm’s representative deals were deemed among the most complex, innovative, and significant in Vietnam.

LNT & Partners is only the third local law firm to win this award in its ten year history.

The award is among the most prestigious in the legal industry, as they reward the strongest performing law firms in the region.

The firm’s managing partner Hoang Nguyen Ha Quyen said “Last year was a pivotal year for us. We are extremely grateful for our clients’ support who continued to entrust many of their most significant deals in our care during a critical year of growth for the firm.”

“Many of the real estate and infrastructure deals are fraught with legal traps. This award is a testament to the trust our clients have placed in us to help guide them through the legal minefield of developing land in Vietnam,” Binh Tran, the head of the firm’s Real Estate & Infrastructure Practice Group noted.

US-based Thomson Reuters Corporation is a world’s leading source of intelligent information for businesses and professionals.