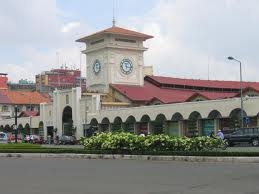 “Besides, in 2012 Hepza will seek potential and experienced Japanese partners to work on a plan of setting up a specialised IZ dedicated to supporting industries development with priority rendered to Japanese investors,” Tiep said.

“We have proposed city authorities and the Ministry of Finance a stable land rental scheme to investors in this second phase since current rental is 66 times more than that in the first phase and double compared to that in IZs based in southern Binh Duong province,” said Tam.

In respect to the IZ’s strategy to weather the storm in 2012 Tam said the IZ would focus on upgrading transport infrastructure, improving waste-water treatment, around the clock power supply and increasing workers’ accommodation areas and putting into place a one-stop-shop mechanism in procedures settlement.

Be said hiking minimum salary for workers based on consumer price index pace was important to contain stoppages and ensure stable labour sources.