April 11, 2013 | 14:31 (0) user say
Tweet Email Print
Travel firms have been put on tenterhooks when hearing that Vietnam is considering removing the visa waver.

They have warned that the move would cause a shock to foreign travelers and would keep the travelers away from Vietnam. 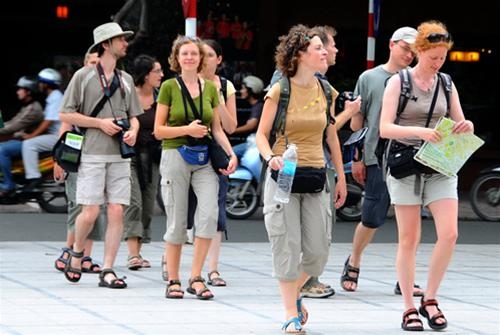 According to the World Tourism Organization (WTO), the high expenses on visas, the complicated procedures for obtaining visas and unclear information have been the big psychological barriers for tourists. These are believed to be one of the main reasons that make tourists to refuse to go to some countries and decide to go to others with more transparent information and simpler procedures.

In an effort to become more competitive in attracting foreign tourists, Singapore now applies the visa waver policy for the citizens from 150 countries and territories. The citizens of only 40 countries still need to ask for visas when traveling Singapore nowadays.

Vietnam has also been applying the visa waver policy over the last many years in an effort to attract more tourists.

However, Deputy Minister of Foreign Affairs Nguyen Thanh Son, when reviewing the policy implementation, said it did not help much in attracting tourists.

According to Son, Vietnam loses $50 million a year when unilaterally wavering visas for the citizens from 7 countries, including Japan, South Korea, Sweden, Norway, Denmark, Russia and Finland.

However, he said on Tuoi tre that the number of foreign tourists has been increasing over the last 5-7 years, but inconsiderably. The additional income brought by the increase in the number of tourists proves to “make nothing” if compared with the sum of money lost because of the visa waver policy.

Commenting about Son’s remarks, Nguyen Huu Tho, Chair of the Vietnam Travel Association, said the conclusion is unreasonable.

He said that only those who stay in Vietnam for no more than 15 days can enjoy the visa waiver, which means that not all the people entering Vietnam from the 7 countries counted on by Son, could enjoy the policy.

Every foreign traveler spends $105.4 dollars on average, according to the General Statistics Office, and stays in Vietnam for 7-8 days, according to the Vietnam National Administration of Tourism, the total spending of the 5,573,000 travelers who enjoyed the visa wavering during their stay in Vietnam in July 2004 – June 2012 had reached $4.6 billion.

The spending by foreign tourists has helped stimulate many industries in Vietnam which make tourism-relating products, create more jobs and reduce poverty.

La Quoc Khanh, Deputy Director of the HCM City Department of Culture, Sports and Tourism, has warned that if Vietnam raises the visa fee from $25 to $45 and stop the visa wavering for the citizens from 7 countries, it would “kill the goose that lays golden eggs.”

“It would get $20 more from every tourist, but it would lose big sources of travelers for the Vietnamese tourism industry,” Khanh said.