March 10, 2014 | 13:43
Tweet Email Print
Public-Private Partnerships (“PPP”) have become one of the most important instruments of economic policy in Vietnam. The Vietnamese Government recently published the new Draft Regulations on Public-Private Partnership Investment Form (the “Draft”), which was earmarked as an amendment to the current Decree No. 108/2009/ND-CP and Decision No. 71/2010/QD-TTg on PPP investment.

However, due to an unsuccessful track record, the shortcomings of the country’s current legal regime are still present. This article takes a look at the significant changes and shortcomings under the new Draft, as well as examines international practice in the field as a basis for devising recommendations to form a more comprehensive and efficient system for PPPs. 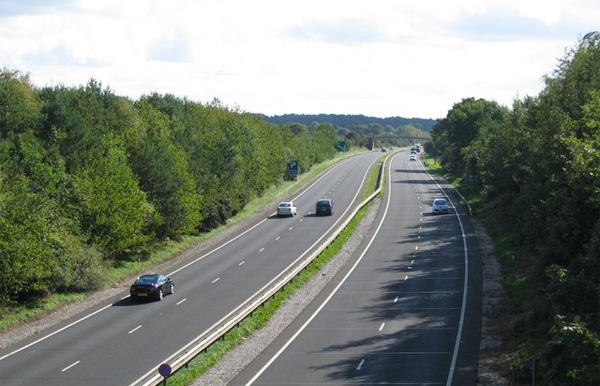 I. KEY HIGHLIGHTS OF THE UPCOMING REGULATIONS ON PPP

In comparison with the current regulations, the Draft supplements provisions to govern the management and procedures of state participation in PPP projects. Under these new provisions, the preparation, approval and disbursement of state funds to implement PPP projects must comply with the current regulations on managing state funds spent on development investment, as well as regulations on managing and using state property.

However, in order for the purpose and nature of investment projects attracting participation of public and private sectors to be consistent with international practice, the Draft is devised with specific preparation, approval and implementation mechanisms. These include preparation and approval for the list of projects, report of the pre-feasibility and feasibility study, mechanisms for selecting investors, and the implementation, supervision, management, settlement and transfer of the project.

2. General Definition of Investment under PPP form and the particular forms of project contracts

According to international custom, there is no unified definition of PPP projects. The forms of contract applied in PPP projects are various and subject to the need and conditions of private capital mobilization in each period. The United Nations defines PPP as innovative methods used by the public sector to contract with the private sector, who bring their capital and their ability to deliver projects on time and to budget, while the public sector retains the responsibility to provide these services to the public in a way that benefits the public and delivers economic development and an improvement in the quality of life.(1)

Based on the definition of BOT, BTO and BT provided under Decree No. 108/2009/ND-CP, the Draft stipulates that investment in the form of a PPP constitutes a form of investment under which the contract is signed between a competent state agency and an investor to build, renovate, upgrade, expand, manage and operate the infrastructure projects or to provide services in specific fields provided in the Draft.

Under the current PPP regime, sectors eligible for investment under a PPP form include:

- environment (waste treatment plants); and other projects on development of infrastructure and provision of public services under the Prime Minister's decisions.(2)

In addition to the sectors above, the Draft provides an expanded list of sectors under which projects may be eligible for PPP funding. These include:

The current PPP regime sets the maximum proportion of government contribution at 30%.

The proposal to abolish the statutory limit on government contribution towards PPP projects altogether has recently been approved by the authorized agency. Accordingly, state participation will be determined on the basis of the specific financial plan of each project.3

5. The expenses allocated from the State Budget

Under the current system, the State covers the expenses for making and announcing lists of projects and selecting investors, as well as expenses for formulating and appraising project feasibility study reports.

According to the Draft, in addition to those expenses, further expenses allocated from the State Budget will be allocated for preparing and managing the project, formulating and appraising the pre-feasibility study report, and inspecting the quality, value and practical conditions of the work.

The new Draft also allows for reimbursement to private sector investors for the cost of project proposals by the selected investor in cases where their proposals are rejected.

II. ISSUES TO BE ADDRESSED

Under the Draft, the basic provisions for investment incentives and investor support have been carried forward from the current regulations on PPP. Accordingly, the investment incentives and support, guarantee of obligations for investors, right to mortgage assets, assurance for provision of public services and right to dispute resolution that are currently in force have been maintained in the Draft.

However, the investment guarantee and support mechanisms have still been unable to provide and foster a transparent investment environment to inspire investor confidence. There are three main reasons for this:

Second, the Government’s guarantee of revenue will only be considered in specific cases based on the financial plans of the projects.(5)

Third and most important, the Government disregards political factors affecting the project implementation. Events that arise out of political reasons are almost always beyond the investors’ control and may lead to unexpected (and adverse) implications. Therefore, as the head of the country’s political environment, the Government should take into account political risks in PPPs. For this reason, it is recommended that stabilization clauses in PPP contracts are acknowledged.

In addition to political risks, the balance of PPP contracts also unveils the relationship between the public sector and the private sector in terms of risk allocation.

Risk allocation is one of the most common concerns expressed by foreign investors entering a partnership with the State. This is unsurprising, as the Government often neglects to properly assign the risks between the parties.

The issue, therefore, is how are the parties able to manage risk in a specific project contract ?

In practice, the Government will often attempt to pass all the risks onto the investors. The investors, in turn, generally accept these risks but then seek to extend the completion schedule to raise expenses. Consequently, it can be said that PPPs in Vietnam lack contractual balance and fail to precisely reflect the nature of the partnership model.

Articles 1, 17, 20 and 36 of the Draft stipulate that the rights, obligations and risk allocation of the public partner and the private partner must be clarified. Despite this stipulation, there is still a discernible failure in the risk management stages.

Therefore, in order to address the matter of identification, classification and allocation of risks in PPPs, Vietnam should consider the approach of other jurisdictions and adopt a reasonable approach by these countries’ legislation and experts.

III. RISK ALLOCATION FROM AN INTERNATIONAL PERSPECTIVE– IMPLICATIONS FOR VIETNAM

Empirical experience shows that the risks vary in terms of the criteria from classification, and differs depending on the size, nature and form of the contracts of the specific PPP projects.

Malaysian experience affirms that “the optimal sharing of risks [is where] risk is allocated to the party who is best able to manage it”.(9) Thus, it has been suggested that risks affected by political elements (e.g., public inquiries, approvals and regulatory barriers), finance (e.g., inflation and interest rate shifts) and the legal environment (e.g., enactment or repeal of statute and directives) should be retained by governments, whereas the risks controllable or manageable by the project team should be retained by investors. Risks arising out of supply and demand should be shared between the parties.(10)

Furthermore, under the European approach, decisions concerning the treatment of PPPs stipulate that a private partner will be assumed to bear the balance of the PPP risk if it bears most of the construction risk, and either most of the availability risk (also referred to as performance risk) or most of the demand risk.(11) Construction risk covers events such as late delivery, low standards, additional costs, technical deficiencies and other external negative effects. Availability risk relates to the ability of the private partner to deliver the agreed volume and quality of service. Demand risk covers the impact of the business cycle, market trends, competition and technological progress on the continued need for the service. Changes in demand due to changes in government policy are excluded .(12)

The European approach can be construed as being more likely to impose the obligation to bear risks on private partners based on the factors raised in relation to the performance of projects.

Hence, a principle of risk management can be generalized as follows:

- The Government should handle the risks arising from macro conditions.

- Both the Government and the investors should share the risks under both their control.(13)

3. Implication for Vietnam and recommendations

As the Draft is currently just a framework for PPP activity, further decrees and instructions are expected to come into play after new PPP regulations are issued. However, at a minimum, Government guarantees and risk management should be considered as key factors in the country’s steps towards attracting and promoting PPP investment.

In light of influential texts by scholars of numerous jurisdictions and the approach taken by Malaysia and Europe, Vietnam should consider the following recommended action plan:

First, the principle of risk allocation should be adopted, which provides that the party with the capacity to control or manage the risk has the obligation to bear them.

Second, this principle of risk allocation should be certified and clarified not only in regulations, but also in the PPP contracts.

This article was prepared by LNT & Partners Lawyers: Dr. Le Net and Associate Tran Ngoc Linh Tam for customer’s reference only, it is not a legal opinion for any particular case. Any query, please contact our lawyers
( Net.le@LNTpartners.com ) for further information and consultation.