Eyeing the pitfalls of arbitral awards

November 10, 2014 | 15:11 (0) user say
Tweet Email Print
Most legal jurisdictions recognise that employees within a company can sign a contract within the scope of their employment to bind the company to perform. 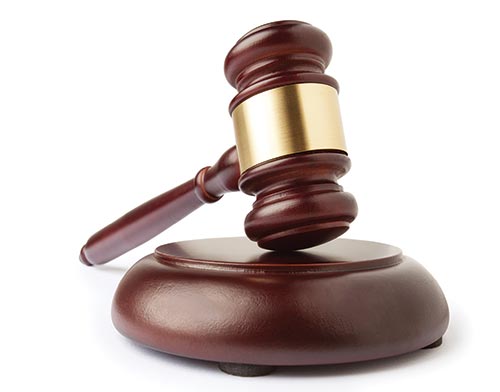 Winning a case is easier than enforcing the results

The details of the legal representative are prominently recorded in the business registration certificate. In the context of international arbitration, this legal regime of limiting the power to bind a company to a single person has caused innumerable delays to the enforcement of arbitral awards in Vietnam, and in some cases, even non-recognition.

Foreign multinational corporations as well as smaller companies have lower level managers who negotiate and sign contracts which often contain dispute resolution provisions requiring the parties to finally resolve disputes through arbitration. In other words, the contracts are usually not signed by either the chairman of the board or the CEO. As such, when a dispute arises, the foreign party initiates arbitration against the Vietnamese party. If it wins, the foreign party then proceeds to enforce the award in Vietnam by submitting an application to the Ministry of Justice, which is then forwarded to a local court with jurisdiction to hear the case. However, the foreign company soon learns that enforcing the award in Vietnam may be even harder than winning the award in the first place.

Under the New York Convention and Article 370 of the Civil Procedure Code 2004 (“CPC”), a Vietnamese court cannot re-adjudicate the merits of the underlying case. Instead, the court must enforce the arbitral award unless one or more of several recognised exceptions apply. In this context, the exception in question is the lack of capacity to sign. The Vietnamese debtor typically does not sign the agreement, so the foreign party must establish that the person who actually signed the contract was authorised to sign the contract containing the arbitration provision. The foreign party is then forced to go through a time-consuming process of finding the appropriate personnel to sign affidavits, to convene a board meeting, and to issue board resolutions to prove that the person who originally signed the contract was properly authorised.

However, even after jumping through all these hoops, it may not be enough. In a recent case, a court in Long An province refused to recognise an arbitration award because there was no proof that the signer was authorised to sign the contract prior to or at the time the contract was originally executed. This ruling is currently being appealed on other legal grounds.

While there are a number of counter legal arguments that can be made on the issue of capacity, a few practical solutions should substantially reduce the risks of non-recognition and avoid the delays associated with having to prove the legal capacity to enter a contract. The most obvious solution is to have either the chairman of the board or the highest executive officer sign the contract. This solution, however, may not be practical, especially for large companies that enter into many different contracts in many different locations around the world. Moreover, in certain jurisdictions, the signer is presumed to have read and understood the terms of the contract, triggering certain legal obligations and rights, which may not be favorable to the company if the chairman or the CEO signs an agreement that is unfamiliar to them.

Another solution is to create standard blanket written authorisations for employees who hold managerial roles and are in position to sign contracts. This authorisation will grant the employee in question the right to sign any and all agreements that are within the scope of his or her employment. This authorisation may be appended to each contract at the time of contract execution. The language granting the authorisation should not simply be in the form of a representation or warranty in the contract since the signer will still need to prove he or she was authorised to enter the contract in the first place.

In closing, this seemingly innocuous issue of capacity has befuddled many foreign companies seeking to enforce arbitral awards in Vietnam. A few thoughtful precautionary steps during the contract formation stage will remove a procedural defense that could prove fatal in Vietnam.

By By J.D. Huy Do Partner at LNT & Partners