July 26, 2013 | 19:29 (0) user say
Tweet Email Print
Regulations restricting remittances of profit overseas are of considerable concern to foreign investors. Which makes it surprising that no new regulations have been issued to govern this topic since the approval of the Law on Investment back in 2005 – leading to a situation of "new law, old guidance". 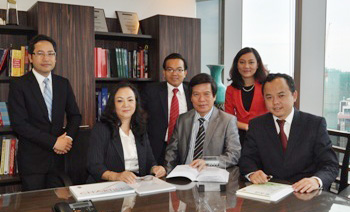 Until now, the Ministry of Finance issued Circular No 186/2010/TT-BTC on November 18 providing guidelines on remittance of profit overseas by foreign organisations and individuals deriving profit from direct investment in Viet Nam. It finally replaces Circular No. 124/2004/TT-BTC issued under the old Law on Foreign Investment back in 2004.

The new circular governs remittances of profits from different forms of direct investment, namely investment in an enterprise, under a contract, to develop a business, or make a capital contribution to an enterprise.

Profits are defined in the circular as lawful profits derived from direct investments under the Law on Investment after fulfilling tax and other financial obligations to the State of Viet Nam in accordance with regulations (Article 2.1). Profits can be annual profits or profits realized upon termination of direct investments in Viet Nam.

Annual profits are defined as profits distributed to or received for the fiscal year based on audited financial statements and income tax declarations, plus or minus other profits and expenses. This distribution is conducted at the end of fiscal year after the enterprise has fully discharged its financial obligations to the State, lodged audited financial statements, and made a corporate income tax declaration for the fiscal year to the tax office with jurisdiction over the enterprise (Articles 3.1 and 4.1).

The total amount of profit received by the foreign investor during the process of its direct investment in Viet Nam, less profits used for re-investment, profits already remitted overseas and profits used to pay other disbursements in Viet Nam, is used to determine the amount of profits to be remitted overseas at the termination of investments in Viet Nam (Article 3.2). The investor must also have fully discharged its obligations under the Law on Tax Management.

In cases in which, based on financial statements of an enterprise in which the foreign investor has invested, accumulated losses remain after carrying forward losses in accordance with the Law on Corporate Income Tax, the foreign investor shall not be allowed to remit profits overseas. This is new point of the circular aimed at restricting some foreign investors from preparing a fraudulent report on losses when remitting profits to a parent company.

Lastly, the new circular provides the standard form which the foreign investor must submit to the tax office at least seven days prior to the intended date of remittance of profits overseas.

The new regulation takes place 45 days after its promulgation and is expected to establish a solid legal framework for the regulation of remittance of profits abroad by foreign investors.