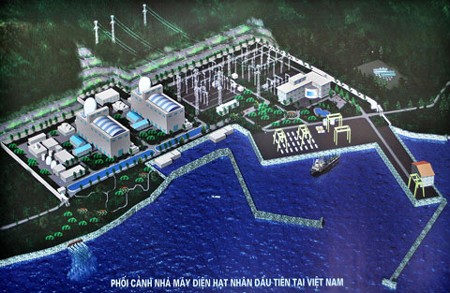 After the nuclear power meltdown in Japan in March, the world has focused its attention on the safety of nuclear power plants. What will we do in Vietnam to ensure safety?

After the incident, the International Atomic Energy Agency (IAEA) held a meeting of member countries in Austria in June to discuss measures on raising safety standards for the construction of nuclear power plants.

Vietnam has asked its partners to heighten safety in their design, which would include preventive measures.

The disaster in Japan has prompted many countries to change their nuclear power development strategies. Some have even considered halting its development. How has it affected Vietnam's plans?

Any change in plans for nuclear power development is the decision of individual countries. For Vietnam, this form of energy is suitable for our economic situation, and will be thoroughly studied to ensure safety. We will carefully consider all aspects and challenges that go along with this, including human resources, legal frameworks and infrastructure.

According to national power development plan (Plan 7), nuclear power is expected to account for 4.5% of the national total power generating capacity by 2020. However, we may have to make some adjustments to fit the country's situation.

Vietnam’s two first nuclear power plants, to be located in the central province of Ninh Thuan, are designed to generate 4,000 MW annually.

What is Vietnam doing to prepare for the construction of the first nuclear power plant in Ninh Thuan Province in 2014?

We are negotiating with Russia and Japan to prepare for selecting a partner to carry out a feasibility study. Initial designs will begin, and costs will be calculated after the study is finished.

Because this is the first nuclear power plant in Vietnam, the construction is likely to face difficulties related to human resource training, infrastructure and a legal framework on safety.

Even though the costs have not been officially estimated, many experts expect it to be very costly. What is your comment about the efficiency of such projects?

Also, fuel oil makes up only a small percentage of a nuclear power plant's operation costs, so nuclear power is an effective way to lower costs in the long-term.