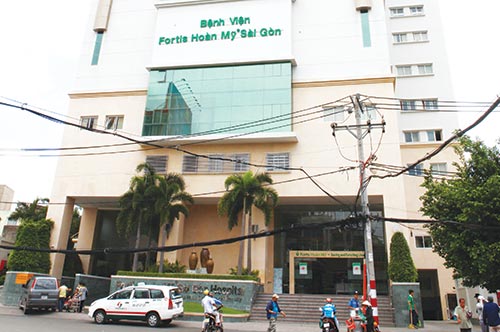 However, one problem at present is that negotiations are often lengthy and closing deals can be difficult. This article reviews the major obstacles and pitfalls facing M&A transactions, based on a recent case study, and proposes solutions that could make the process easier and more efficient.

Law on Enterprises and Law on Investment - Effects on closing conditions

Under the Law on Enterprises (LOE), an equity acquisition is considered complete at the time the investor receives their share certificates and is entered into the shareholder registry.

Under the Law on Investment (LOI), the time at which a foreign investor is eligible to manage an acquired local company (officially under the definition of foreign direct investment (FDI) is when they are issued an investment certificate (IC). Obtaining an IC is often a cumbersome process and requires the signature of a provincial leader. The process can take months and needs to be well-advised and strategically carried out to avoid delay. That is one reason why Vietnam is currently behind other countries in terms of competitiveness. It is also a reason why major M&A transactions still occur offshore – investors take over a holding company that holds the acquired company’s shares. This loses tax revenue and is not effective when the target company is already an FDI enterprise.

When the company to be acquired is a Vietnamese firm, an offshore transaction does not avoid the IC required to complete the transaction. One solution would be to use a local holding company. Recently however the government issued regulations prohibiting the establishment of a local ‘holding company’. However, because there is no official definition of ‘holding’, foreigners are not restricted from setting up such an entity and it could in fact be used to streamline the acquisition process.

The pitfalls of due diligence

Legal due diligence (LDD) in Vietnam differs from other countries in that foreign investment is restricted in certain sectors. The starting point of an LDD process would be to check whether the buyer is excluded from some areas of the target company’s business. If so, the recommendation would be to clarify or remove those areas of business or use the holding structure as advised above.

Another issue could be the nature of the target company. Family businesses, for example, may use double book transactions and may not have their books audited before the transaction. It is therefore important that a buyer only trust audited financial statements and that any other ‘profit’ shown in a separate transaction book be considered with scepticism.

There are two risks that cannot be avoided through LDD in Vietnam. The first is the ‘non-litigation’ risk. There is no central database in Vietnam where one can look up who is suing whom. Therefore, most LDD reports simply state that the ‘target is not aware of any legal action pending’, which is a weak position. The second is tax risk. Under the Law on Tax Management, there is no time limitation on tax recovery. That means in theory a target company could be subject to tax arrears indefinitely. In fact, there have been cases where an LDD takes place and a company is acquired, only to have tax authorities return for arrears years later, and the due amount including penalties is actually higher than the purchase price. If the sellers have left the country then the company is the only entity availably responsible for payment. One solution to this would be to request that tax authorities clarify any outstanding issues, or to withhold part of the payment until taxes have been finalised. Having said that, it does not fully mitigate risk. This is also the reason many buyers opt for asset deals rather than equity deals. This can be more practical with a pure M&A transaction, rather than private equity where asset deals are not an option.

Contract negotiations may be short or long, depending on how skilled both sides’ lawyers are and how detailed the memorandum of understanding (MoU) or term sheet is. More often, negotiations are drawn out because the MoU or term sheet was not drafted or lacks detail. Asides from fixing a purchase price, these preliminary documents are very important to limiting the expectations of both parties and familiarising them with concepts such as right of refusal, a drag-along or tag-along clause, a non-compete clause, or reserved matters, which are often a source of tension.

Co-operation between lawyers from both sides in good faith and towards a win-win solution is vital. There is nothing more frustrating than an embattled negotiation, where one party has a presumed feeling that he/she has been treated unfairly by the other party, or that the lawyers have done nothing to protect their clients. If lawyers are apathetic with their clients, then both parties lose and the only winner is the law firm.

During negotiations, it is standard for both sides to have lawyers. In a case where only one side has lawyers, the other side may not understand basic concepts such as rep and warranties and put options, and may start feeling paranoid about the contract as a whole. That said, many sellers hesitate to engage lawyers because of the high cost, but this only prolongs negotiations and leads to frustration. If the seller doesn’t employ a lawyer, it is important for the buyer’s lawyers to use plain English or tone down their language so that their client can achieve their objectives. Regardless, it is much better that the seller has a lawyer for negotiations, and if not, suspends negotiations until one can be employed. Another option is for the buyer’s lawyers to clearly explain any and all points of contention.

What often happens is that foreign lawyers blame local lawyers for being uncooperative or not understanding the basics of M&A. But more often I encounter foreign lawyers that underestimate local lawyers or have colonial attitudes. Such attitudes lead to bullying and might be useful in some frontier markets, but not in Vietnam, especially when the other side are prominent local lawyers who have been involved in many international transactions. Both sides have to be realistic and have a win-win attitude. This is easier said than done, but small steps such as not arguing over ‘face-saving’ issues and avoiding the use of unsubstantiated threats can help to build trust between both lawyers and the involved parties.

Closing a deal does not mean it is time to pop open the champagne. Apart from tax risks (mentioned above) there are also situations where a put option or convertible bond applies, and these issues need to be worked out. Recently there was a pending case at the Vietnam International Arbitration Centre between a buyer who wanted to enforce the put option and the seller who denied the validity of the option. A battle commenced where one side argued a strict interpretation of the words ‘shareholder agreement’ and the other side who defined it as the intention of the parties before the M&A transaction occurred. The solution, in either case, is to have a well-drafted contract and that both sides have a red-line and hedge against or insure that red-line.

There are numerous obstacles to M&A transactions in Vietnam, as in all emerging countries. But with an experienced advisory team, it is easier to build trust with the counter-party.