July 22, 2021 | 16:27
Tweet Email Print
A social security package worth $1.1 billion has been approved by the government to support workers and employers facing difficulties due to the impact of the pandemic. Compared to the first support package worth $2.7 billion issued in last April, the second one boldly expands beneficiaries and adds many new policies.

Businesses that borrow money to pay salaries can also be supported by the Vietnam Bank for Social Policies with a zero per cent interest rate and do not have to apply loan security measures. The maximum loan amount is equal to the regional minimum wage, with a loan term of less than 12 months. The policy aims to help businesses acquire more capital to pay wages and spend more resources to restore production and business.

Dao Ngoc Dung, Minister of Labour, Invalids, and Social Affairs (MoLISA), said that the policy will be implemented expeditiously but ensures legal provisions, and is based on the experience gained from the implementation of the first support package. The previous package had strict criteria and many procedures. This support package will shorten the time to only four days for processing and three days for disbursement, which means that within seven days, employees can receive their money.

According to the MoLISA, freelancers are the most vulnerable group and were hit the hardest by the pandemic. Commonly, they do not have enough savings and do not find enough jobs to make a living during this time, so they easily fall into poverty in the context of the complicated pandemic. “Therefore, the new policy also emphasises to support self-employed people. “Freelance workers will receive support at their place of self-employment and do not need to ask for confirmation from local authorities,” said Dung.

The government’s Resolution No.68/NQ-CP/2021 dated July 1, 2021 on certain policies to support employees and employers in difficulty due to COVID-19 stipulates that self-employed workers will receive an amount not lower than VND1.5 million ($65) per person or VND50,000 ($2) per day based on the actual number of days of suspension according to local requirements.

While other target groups are waiting for their applications to be reviewed, in Ho Chi Minh City, thousands of self-employed workers have started to receive support from the package. Ho Chi Minh City is currently the new pandemic epicentre in Vietnam. However, the city was also the first locality to quickly implement support activities for employees.

In Hanoi, a representative of Hanoi Department of Labour, Invalids, and Social Affairs said workers without a labour contract who temporarily suspended operations like selling iced tea and other roadside services will be supported by the package. Between April 2020 and May 2021, Hanoi supported 515,500 people with an amount of over VND608 billion ($26 million). 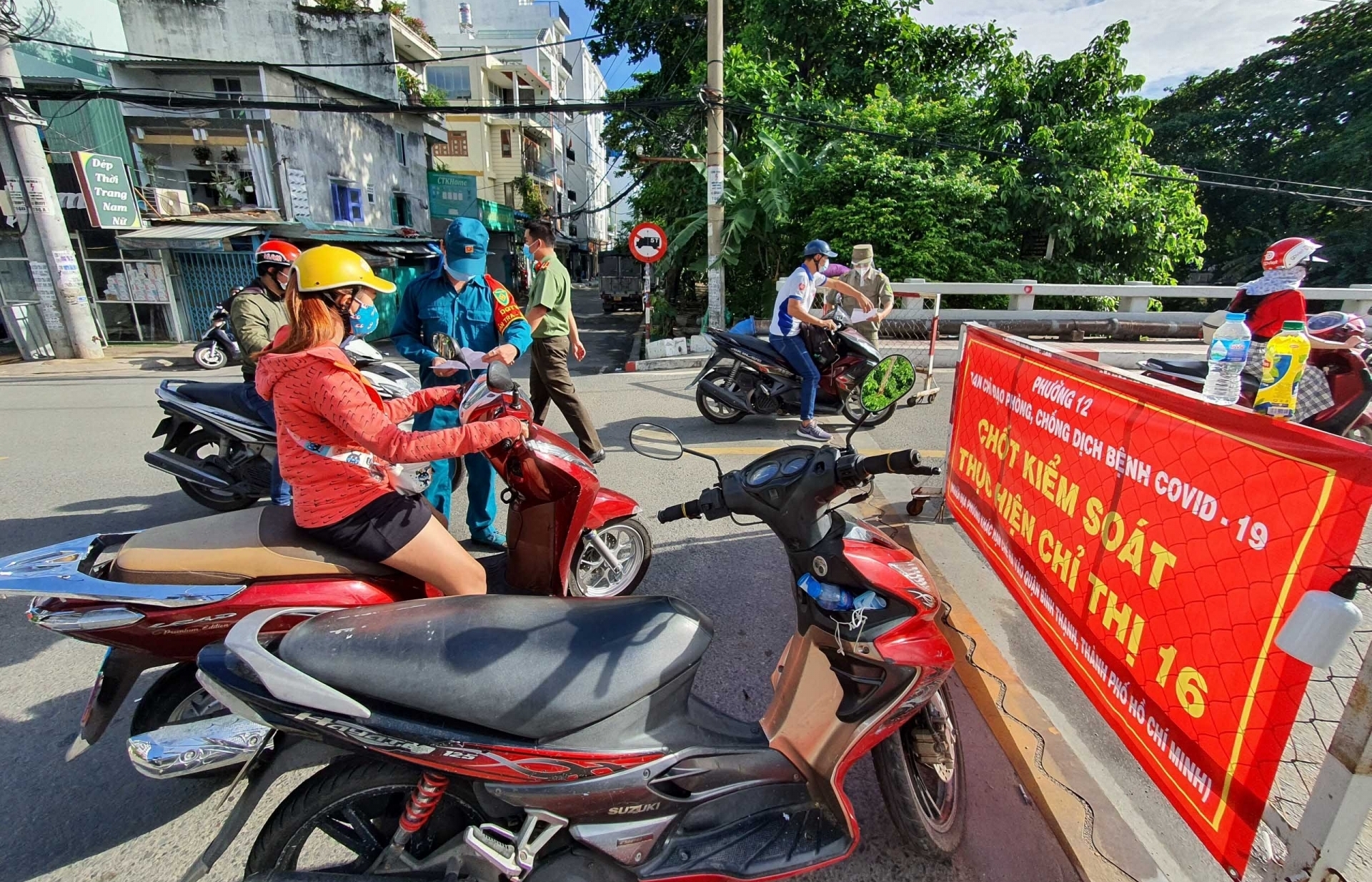