One-size-fits-all contracts may not resolve disputes

October 07, 2014 | 11:31
Tweet Email Print
LNT’s Thai Binh Tran and Quang Dao Nguyen look at some of the issues raised by the Ministry of Construction’s Circular 03 which insists on a standardised approach to property contracts between individuals and real estate developers. 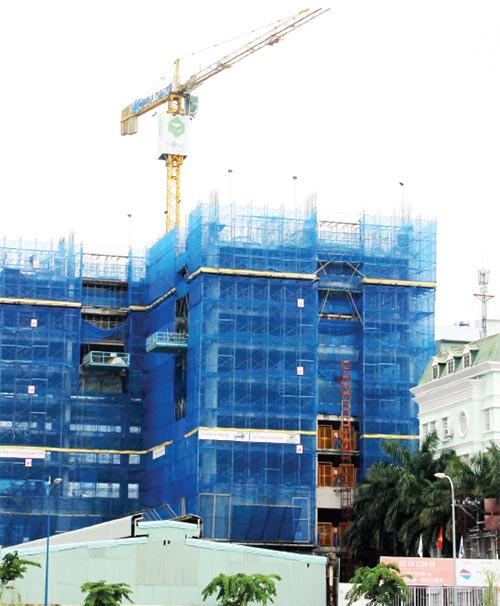 A major issue with the MoC’s Circular 03 is the non-flexibility of property contracts Photo: Le Toan

In apartment sales and purchase transactions, the individual purchaser is often in a weaker position since they often have to accept entering into a standard form contract drafted by a real estate developer. Such contracts generally contain terms favourable to the developer, and may impair the buyer’s interests. This is one of the major causes of disputes arising between developers and individual purchasers.

To address that issue, the Ministry of Construction (MoC) has issued a standard form contract on apartment sales and purchases as a basis for individual purchasers to follow. The guidelines and regulations by the MoC detailing the terms in sale and purchase of apartments are necessary, because they provide clarity and transparency in apartment sale and purchase transactions, as well as protecting the individual’s interests, thereby mitigating disputes between the parties, and facilitating the development of the real estate market in general.

However, recent regulations provided for in Circular 03/2014/TT-BXD (Circular 03) requiring parties to “comply with contents and strictly apply the standard form contract” have caused many difficulties and adverse consequences in practice.

So, what does “non-applying standard form contract” mean?

In our opinion, such interpretation is unreasonable and inflexible, resulting in many problems for both the developers and the individual buyers. The MoC should clarify these issues and if the MoC’s opinion is as interpreted above, then our interpretation results in the legal consequences as discussed below.

It is clear that an apartment sale and purchase contract between a developer and a individual purchaser must adhere to principles and regulations of the law on the subject matter, however, this does not mean that it is necessary that such a contract need be strictly copied for every sentence, word, or order set forth in the standard contract.

The mandatory use of the wording mentioned above clearly goes against the principle of freedom in entering into an agreement – the key principle of civil transactions. According to this principle, the developer and the individual purchaser have the right to freely agree on the content, and the rights and obligations of each party. Provided that such agreements are not contrary to the laws, it must be recognised by the state. Among various options to address an issue of apartment purchase transactions (such as payment, dispute resolution, etc.), the developer and the individual purchaser may negotiate and agree with the most favourable option. The mandatory use of the standard contract has taken away the freedom in agreements, seriously affecting the interests of both parties. For example, disputes between the developer and the individual purchaser, can be resolved either in a people’s court or in commercial arbitration at the parties’ discretion. However, in a standard form contract, dispute resolution by the court is the only option for parties even though the option of a commercial arbitration may be more appropriate.

Interference in the court’s jurisdiction

According to the Circular 03, the signed contract will be invalid if it is not in compliance with the standard form contract. As such, an agreement (dispute to be resolved by commercial arbitration), despite its full compliance with the law (Law on Commercial Arbitration), may still be invalid if it is not subject to the provision of the standard contract (dispute resolution by the court). However, according to the Civil Code, if the form and content of a contract is in conformity with legal regulations, that contract is valid. This begs the question, is the effectiveness of Circular 03 higher than the Civil Code? Furthermore, this shows that the regulations of the MoC has somewhat interfered in the jurisdiction of the court.

Without a clear explanation from the MoC regarding the requirement of compliance with the standard contract, the parties have been obstructed in their performance, if the aforementioned interpretation is consistent with the opinion of the MoC, those regulations are contrary to the fundamental principles of civil transactions. Therefore, in order to ensure freedom in negotiation, regulations in Circular 03 should only be construed as a requirement for complying with rules and principles of transaction, not necessarily a requirement to comply with every sentence and word of the standard contract.