July 26, 2013 | 18:57 (0) user say
Tweet Email Print
On January 1, 2009, the restrictions on foreign investment in retail distribution were lifted pursuant to Viet Nam's commitments to the World Trade Organization. In reality, however, there remain a number of obstacles to foreigners seeking to invest in this sector. 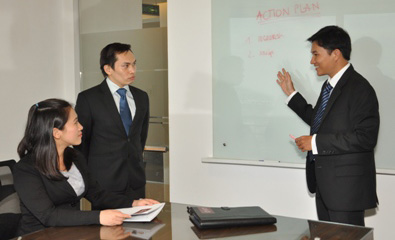 The Law on Investment and Decree No 139/2007/ND-CP provide that a joint venture with 49 per cent or less foreign capital is treated as a domestic enterprise and is established in accordance with investment procedures applicable to such enterprises.

But, on March 18, 2009, the Ministry of Planning issued Official Letter No 1752/BKH-PC which stated that a joint venture with 49 per cent or less foreign capital must obtain an investment certificate, i.e., it is subject to foreign investment procedures.

In theory, the provisions of the Law on Investment should prevail, since Official Letter No 1752 is a document of inferior legal effect. In practice, however, licensing authorities will rely on Official Letter No 1752 when deciding whether to issue investment licenses to joint ventures. Therefore, a distribution company with even 1 per cent foreign capital must be established in accordance with foreign investment procedures, including a requirement that the opinion of the Ministry of Industry and Trade be obtained. The upshot is that it would take up to twice as long to establish a foreign-invested distribution company as it would to establish a similar domestic company.

With respect to the distribution products, a foreign-invested distributor must also have a harmonised system code (HS Code) as listed in the nation's import tax laws. This requirement can be problematic as HS Codes are limited in scope and do not cover all products which a foreign investor might intend to import and distribute. A foreign investor seeking to distribute a product which does not fall within one of the HS Codes must seek an opinion in writing from the customs department, another costly and time-consuming process.

Financial capacity and experience of the foreign investor are also carefully considered by the licensing authority. One local licensing authority has informally confirmed that it will only approve investment certificates for distributors with charter capital of at least US$200,000.

The ability of the foreign investor to demonstrate experience in distribution services can also be problematic, creating significant obstacles to foreigners seeking to invest in distribution in Viet Nam.

Under Vietnamese law, distribution enterprises are established with the intent to conduct retail activities. Circular No 09/2007/TT-BTM provides that the application for a single retail outlet can be considered and approved by the licensing authority alongside the establishment dossier. However if the investor would like to establish additional retail sales outlets, a separate dossier must be submitted to the licensing authorities.

Under WTO commitments, the establishment of additional retail outlets shall be allowed on the basis of an economic needs test. However, there are currently no detailed regulations as to how the test is defined, what the necessary requirements are to establish economic need, and who the competent authority is. In practice, it's difficult for investors to meet the ENT condition unless they can locate the additional retail outlet in a business centre. This is because such centres will have already been deemed to have met the ENT requirement when their original establishment license was granted. Otherwise foreign investors have to use franchising or establish many branches to circumvent this obstacle.

A final obstacle is that foreign-invested enterprises are licensed for a duration of only five years. This is a very short term for the investor to recover its investment and discourages long-term investment in Viet Nam.