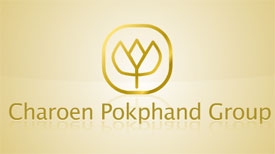 Local newspapers recently reported that C.P Pokphand (CPP) had wrapped up a $609 million deal for the purchase of a 70.82 per cent stake in CP Vietnam.

After the deal is finalised, the Hong Kong based-firm will hold a controlling stakes in CP Vietnam.

News of the deal immediately raised concerns among local animal feed producers because CP Vietnam already has a large share of the domestic market for agricultural materials used in producing animal feed.

“The infrastructure of Vietnam’s livestock industry is weak and the domestic animal feed market in particular is under the control of foreign companies, including CP Vietnam,” said Van Duc Muoi, general director of Vissan.

And Vietnamese enterprises might now be worried about possible changes in CP Vietnam policies of CP Vietnam, given it has a new investor. The changes could badly affect their business plans.

However, sources close to VIR said that the deal was still being negotiated.

Meanwhile, a source from CP Vietnam said CPP was planning to purchase Modern State, a British Virgin Islands company which controls 70.82 per cent of CP Vietnam Ltd (CPVL), a fully integrated livestock and aquaculture company with its primary operations in Vietnam.

As such, the purchase deal simply involved transferring capital inside the CP Group, while there was no new legal entity involved in the case, according to the source.

“Everything is still being discussed, and no final decision has been made,” the source said.

CP Vietnam general director Sooksunt Jiumjaiswanglerg was quoted by Tuoi Tre as saying that the deal simply represented the transfer of capital within the group’s management scope.

“As the demand for investment by CP Vietnam has grown quickly, we need to be able to raise more capital through the stock market.

“Selling our stake to CPP Hong Kong is [being done] to easily mobilise capital for business expansion, as the Hong Kong-based company is listing shares on the Hong Kong stock market,” he said.

He said that even though the [CPP] deal would go, the operation of CP Vietnam would change in any considerable way.

“CPP will only participate in a certain field among the many existing operation fields of CP Vietnam. It will not be the case that CPP buys animal feed and then exports to China as domestic businesses think,” he said.

But domestic enterprises fear the deal could jeopardise supplies to the animal feed production industry in Vietnam.

CP first entered Vietnam in 1992, chiefly to set up an integrated agricultural business. The company’s initial investment was $350 million.

CP Vietnam now has a 20 per cent domestic feed industry share. It also provides 5 per cent of the nation’s pork, 40 per cent of the country’s processed chicken and 50 per cent of its chicken eggs. Its total revenue in the Vietnamese market hit $1.1 billion in 2010.

CP plans to expand production to other products and is targeting the opening of a new plant every year.

The company is currently building a food processing factory in Hanoi.