Zika “not as scary as dengue fever”: Vietnam's health minister

April 06, 2016 | 16:51 (0) user say
Tweet Email Print
The Vietnamese health minister said on Tuesday that the Zika virus was not as much of a cause for concern as dengue fever, in an effort to reassure the public after the first two cases of Zika-positive patients in Vietnam were confirmed earlier the same day. 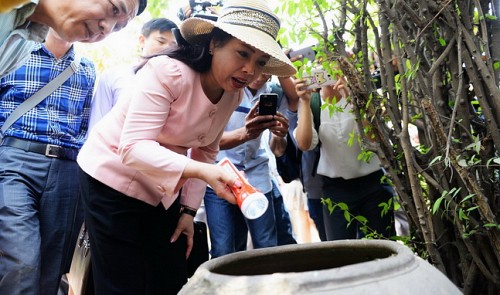 On Tuesday, Vietnam became the 62nd country to report Zika infections, with one case each recorded in Ho Chi Minh City and the south-central coastal city of Nha Trang, according to the health ministry.

A 64-year-old female patient in Nha Trang, the capital city of Khanh Hoa Province and a 33-year-old pregnant woman in Ho Chi Minh City's District 2 both tested positive to the Zika virus, the ministry said in an announcement .

The two cities have both declared Zika outbreaks on a Ward level, while the health ministry has requested that all provinces raise their epidemic alert levels, requiring preventive actions as if there were already confirmed Zika-infected patients in the area.

The Zika virus disease, or Zika fever, is caused by the mosquito-borne Zika virus, the symptoms of which can include mild fever, skin rashes, conjunctivitis, muscle and joint pain, malaise or headaches that normally last for two to seven days, according to the World Health Organization (WHO).

WHO has confirmed that there is a strong scientific consensus that Zika can cause microcephaly in babies, the birth defect characterised by unusually small heads that can result in developmental problems.

A meeting, chaired by Minister of Health Nguyen Thi Kim Tien and Ho Chi Minh City's deputy chairman Le Thanh Liem, was therefore held in the southern metropolis later in the afternoon to discuss measures aimed at prevention of the spread of the Zika virus in the community.

Minister Tien said that the Zika virus has much milder symptoms than the dengue fever, and that the latter is a much bigger cause for concern in Vietnam.

“Sixty-one countries have been infected with the Zika virus, and there have been hundreds of recorded cases of microcephaly in babies. Vietnam found only two Zika cases, which is not too surprising. If climate change persists, there will be many more new diseases emerging,” the minister said.

Le Tan Binh, director of Ho Chi Minh City Health Department, said the city had taken comprehensive measures to prevent the disease from spreading, such as eradicating mosquitoes, monitoring the body heat of individuals at airports, and screening suspicious cases.

Dr. Prof. Phan Trong Lan, director at the Ho Chi Minh City Pasteur Institute, said the Zika patient in the city was an eight-week-pregnant woman who was found to be infected with the virus during prenatal checks at a hospital in District 2.

Lan said the patient had not travelled out of Ho Chi Minh City in the past 12 days, and that she had only been commuting to work at the Petro Vietnam Tower in District 1, as well as driving her child to a school in the area.

The patient’s husband had previously been on a business trip to Malaysia, while her child had a temperature on March 26 but had tested negative with the Zika virus, Lan said.

The Institute has worked with the city’s Health Department to survey 134 households in the patient’s neighborhood one day after her condition was confirmed and found three residents down with fever, even though none tested positive with the virus, according to Lan.

However, health officials and doctors in the city are already concerned that people would flock to hospitals to get tested for the infection in the days to come.

Dr. Hoang Thi Diem Tuyet, director at Hung Vuong Hospital in District 5, expressed her concern that many pregnant women would want to be screened for the disease after Vietnam announced its first infections.

Tuyet said that only pregnant women who fell within the high risk category should take the test, as the hospital would be overloaded if all patients made the request at the same time.

Dr. Nguyen Duc Vinh, head of the Department of Maternal Health and Children, said the health ministry presently only specified certain groups prioritized for Zika testing, such as women in their first trimester of pregnancy who were living or have visited infected areas, those whose spouse or partner was infected, and those who have skin rashes alongside at least one of the symptoms including muscle, joint pain and conjunctivitis.

According to Vinh, 80 percent of Zika patients can recover without medical intervention, though the disease could lead to the microcephaly birth defect in babies if a pregnant woman was infected with the Zika virus, especially during their first trimester.

Tran Danh Cuong, deputy director at the National Hospital of Obstetrics and Gynecology, said microcephaly could be the result of three types of causes, and Zika was only one of the reasons for the condition.

“According to WHO, the percentage of Zika-infected mothers giving birth to microcephalic babies is one percent. Not every woman who has the Zika virus gives birth to babies with microcephaly,” Dr. Masaya Kato, head of WHO infectious diseases prevention team, said. 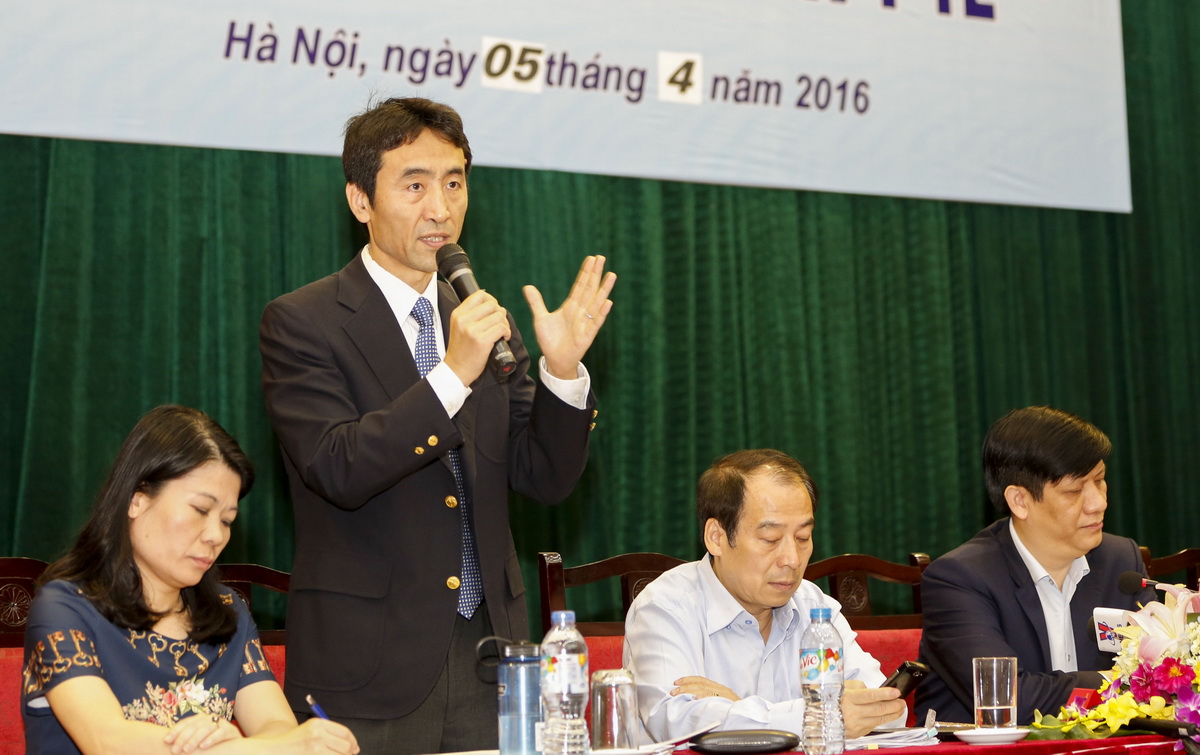 Dr. Masaya Kato, head of WHO infectious diseases prevention team, at the press meeting held by the Ministry of Health
in Hanoi on April 5, 2016. Photo: Tuoi Tre

“Therefore, people should not be too panicked by the recent announcement. However, I strongly advise that pregnant women stay out of infected areas, which is within the 200-meter radius from the outbreak, unless it cannot be helped,” Cuong said.

Tuoi Tre (Youth) newspaper reporters found that not only pregnant women were concerned by the emerging disease.

“I have heard about dengue fever before, but I have no idea what the Zika virus is, the danger that it poses, its means of transmission, nor preventive measures against the virus,” said Tran Thi Huong, a resident in the area of the Zika-infected patient in Ho Chi Minh City.

“We need more specific information on this disease, as well as screening tests to make sure that we are not infected,” Huong added.

Le Thi Thu, another resident, agreed with Huong, “I thought Zika was a foreign thing. Now I am worried for my children’s health because our neighborhood has many mosquitoes and has recorded many cases of dengue fever.”

Meanwhile, Deputy Minister of Health Nguyen Thanh Long lead a delegation of health officials to Nha Trang on Tuesday's afternoon to work with local authorities on the case, as well as visit the house of C.T.L, the Zika patient in the city. 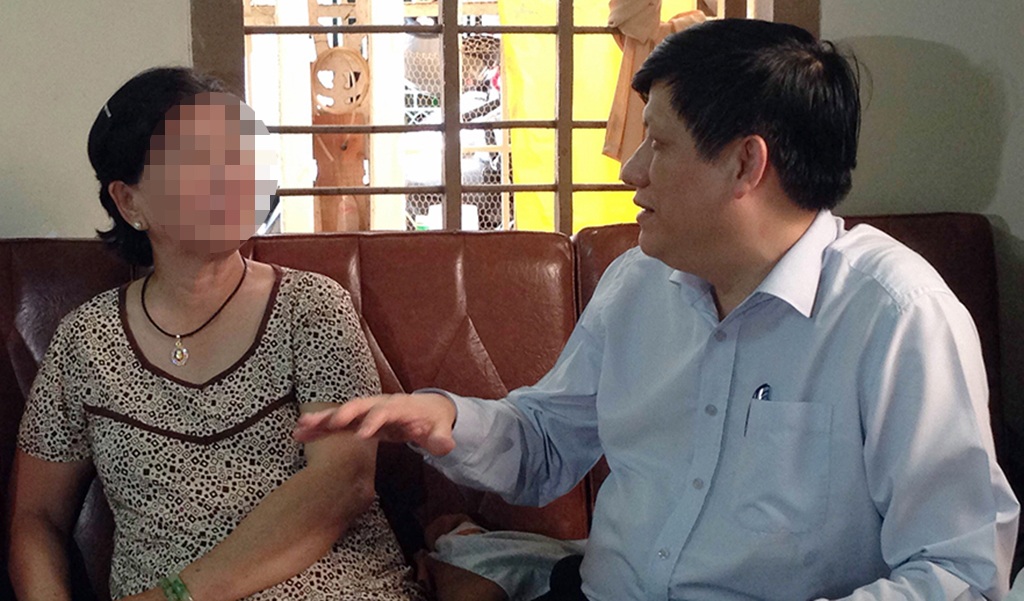 L. said she fell sick on March 25, with skin rashes appearing on March 27 along with a temperature. She was admitted to hospital on March 28.

Dr. Nguyen Dong, director at Khanh Hoa Hospital for Tropical Diseases where the patient was treated, said L. was staying in the same room with some other patients, but none of the patients tested positive for the Zika virus. 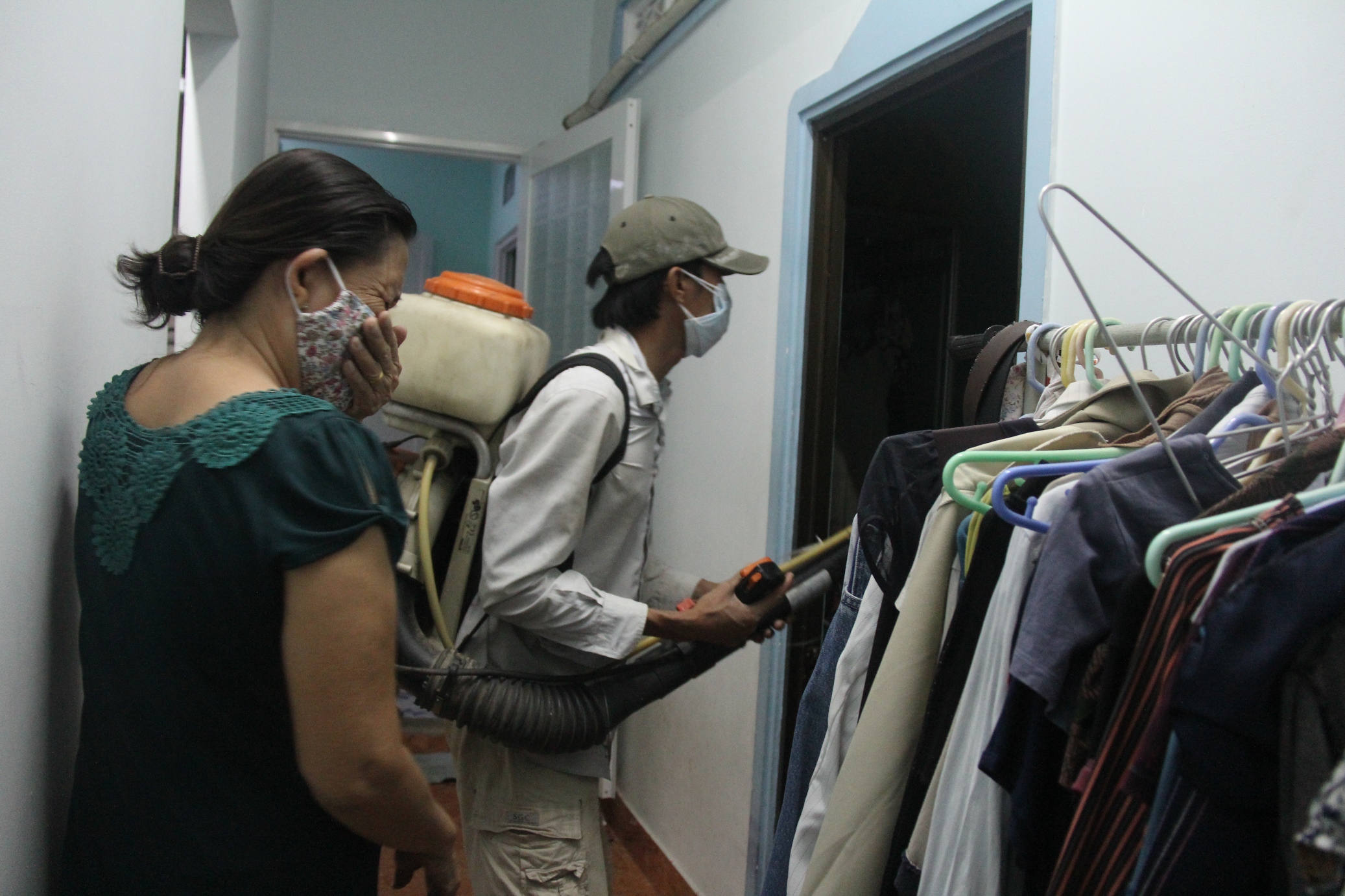 An employee of the Preventive Medicine Center of District 2, Ho Chi Minh City, sprays insecticide to kill mosquitoes
at a neighborhood on April 5, 2015. Photo: Tuoi Tre