June 06, 2018 | 22:18
Tweet Email Print
Vietnam is well positioned to strongly develop renewable energy and gradually reduce the use of fossil fuels, PM Nguyen Xuan Phuc told Reuters in a recent interview ahead of his participation in the expanded G7 summit in Canada.

The potential capacity of Vietnam’s wind energy is estimated at 500 – 1000 kWh/m2 per year, and its annual average hours of sunshine ranges from 2500 – 3000 at the average temperature above 21 Celsius degree.

According to the report released by the German Federal Enterprise for International Cooperation (GIZ) in June 2017, technical potentials for wind and solar energy in Vietnam are estimated at 215,000 MW and 340,000MW, respectively.

Furthermore, as a major producer of agricultural products, Vietnam is also rich in biomass.

Under the Strategy, Vietnam aims to reduce GHG emissions, as pledged under the Paris COP21 Agreement, by 5pc by 2020 and, with international assistance and support, by 25pc by 2030.

The Government plans to further reduce the use of coal and petroleum products by 40 million tons and 3.7 million tons, respectively, by 2030.

PM Phuc said the Vietnamese Government has put in place incentive mechanisms and policies with regards to land, taxation, pricing, guarantee and public-private partnership so as to promote investment from within and outside the country into the development of renewable energy, including solar power projects.

According to decisions by the Government, solar power projects are eligible for import duty waiver for a number of items constituting the project's fixed assets.

They may be considered for exemption or reduction of land use fees, land rent, water surface rent and electricity tariff can be adjusted with fluctuations of the VND/USD exchange rate.

The Government is considering the possibility of adjusting the tariff for electricity produced from wind energy in order to encourage investment in the years ahead, he said.

In addition to renewable sources, Vietnam is also blessed with minerals wealth, including rare earth, ranking among the top three in the world with estimated reserve of more than 20 million tons of rare earth.

We wish to cooperate in research and development and transfer of advanced technologies in mining and in-depth processing of rare earth in order to create high value-added and environment-friendly products.

The Government chief affirmed “it is important that we will not pursue economic growth at the expense of the environment.”

Viet Nam is enjoying effective cooperation with many countries, including G7 members, in the field of renewable energy development.

PM Phuc asserted "We stand ready to cooperate with and facilitate all partners in this regard. I trust that the renewable energy market in Vietnam may offer immense opportunities for G7 investors, who have strong financial position, technological know-hows and experience, to become strategic partners in the journey." 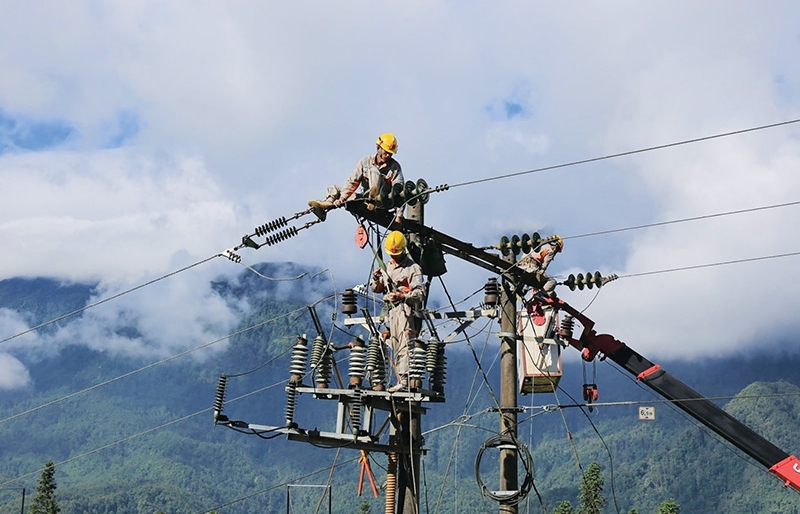