July 22, 2021 | 15:00 (0) user say
Tweet Email Print
The momentum for mergers and acquisitions in Vietnam has decreased, rendering the outlook for the second half of the year rather conservative as the world continues to attempt to stave off the pandemic.

In the first six months of this year, Vietnam reported slightly more than 1,850 capital contributions and stake purchases with total value of $1.61 billion, signifying a plunge of 55 per cent in quantity and 54.3 per cent in value on-year, according to statistics published by the Foreign Investment Agency (FIA) under the Ministry of Planning and Investment.

In this period, there were no deals worth $100 million or above, while in the same period of 2020, there were five such deals.

“Foreign investment is declining globally. One reason is that the pandemic in economies such as Japan, South Korea, and Taiwan – all of which usually invest large capital in Vietnam – is still complex, thus the demand for overseas investment is impacted.

Besides this, the postponement of international commercial flights due to the pandemic is also a barrier because before agreeing on a deal, the participating two parties need to take part in field surveys and face-to-face meetings to study the operations of each other.

“The problems in investment promotion progress, the lack of transparent information from domestic partners, and the lack of support from local authorities are factors impacting the attraction of foreign capital in the mergers and acquisitions (M&A) deals. Japanese enterprises highly appreciate transparency and direct negotiations are a compulsory requirement,” Binh said.

Explaining the above differences, Vu Thanh Tung, partner at law firm Bae, Kim & Lee Vietnam, said, “From my experience, South Korean and Japanese investors are often drawn to the financial market. They have strengths in finance, human resources, and technology where they cooperate with Vietnamese partners.”

“In addition, due to certain restrictions by the Vietnamese government on the establishment of new financial institutions in the country and to familiarise themselves with the legal framework and the Vietnamese market, foreign investors tend to seek local partners which already have certain position in the market. As a result, the scope of a deal is typically large,” Tung said.

“On the contrary, investors from China, Taiwan, and Hong Kong are normally interested in the manufacturing sector. This may be due to the similarity of consumption habits with Vietnam, making it easier for investors to access and do business here. These investments are typically of a smaller size,” Tung said.

Commenting on the outlook for M&A in Vietnam in the second half of 2021, he said that many foreign investors have accumulated a considerable amount of capital since the beginning of the pandemic, but travel restrictions remain a major obstacle.”

“Further, the possibility of delays in carrying out administrative procedures to close deals, as well as a potential suspension in business and production due to pandemic prevention and control measures, is also concerned by the foreign investor. Thus, we maintain a conservative view for M&A activities,” Tung said. 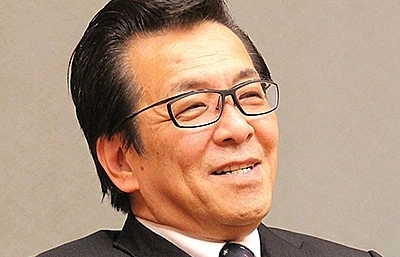