March 12, 2012 | 10:04
Tweet Email Print
Vietnam has shifted its focus from quantity to quality when it comes to attracting foreign direct investment (FDI). But, the country must resolve inherent obstacles to improve its investment climate. 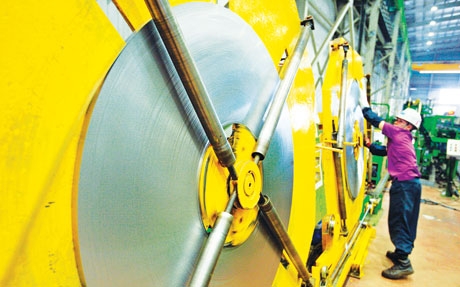 Wonderful Theme Park was supposed to be a milestone for tourism development for Ba Ria-Vung Tau province and for the whole southern region.

Introduced by Good Choice Limited Company from the US in 2008, the project was supposed to comprise residential and office buildings, world class hotels, a shopping complex, an entertainment theme park and an underwater aquarium.

But four years later, this $1.3 billion project remains on paper. And last month the Ba Ria-Vung Tau People’s Committee decided to revoke its investment certificate after the developer left without a word.

Wonderful Theme Park is just one of many FDI projects which have seen their investment certificates revoked in recent years.

The loss of these foreign investors in Vietnam has raised concerns about the quality of FDI inflow into Vietnam’s property sector. At the end of February, there were 13,530 foreign-invested enterprises operating in Vietnam, with total investment capital of $199.7 billion, according to a Ministry of Planning and Investment (MPI)’s Foreign Investment Agency report.

Half of these operational projects are in the industrial manufacturing and processing sectors. But analysts have also warned about the quality of FDI inflows into industry with the recent cases of environmental pollution caused by Vedan Enterprises Corporation, a Taiwanese seasoning producer and of alumina producer Tung Kuang.

The Vietnam Chamber of Commerce and Industry and USAID last month released a survey showing that 65 per cent of foreign-invested enterprises in Vietnam are involved in some form of low-end manufacturing industry which requires low cost labour such as apparel, shoes, light electronics and food processing.

Do Nhat Hoang, director of the  Foreign Investment Agency, admitted the quality of FDI inflows in Vietnam remained poor. “What we expect is FDI inflows will help Vietnam develop its manufacturing industry and hi-tech industry, in line with job creation and fund contributions. But our industry at this time is still at a starting-point,” said Hoang.

FDI is, nonetheless, significantly contributing to Vietnam economic growth, making up 25.8 per cent of gross domestic product in 2010, according to statistics from the MPI’s Central Institute for Economic Management. Last year, the export turnover of foreign-invested enterprises reached $54.5 billion, accounting for 76.6 per cent of the country’s total export turnover.

However, Vietnam wants to further deepen into global manufacturing chain and the government is shifting focus from quantity to quality in FDI attraction. Aiming to improve quality of the FDI, Prime Minister Nguyen Tan Dung last September issued Direction 1617/CT-TTg asking ministerial bodies and local authorities to “intensify” and “regulate” management of FDI in future.

The prime minister also asked local authorities “not to grant investment certificates to energy and natural resource-incentive projects or projects which use outdated technology and can pollute.” The government will also not encourage FDI projects in non-production sectors.

Hoang said the there were 40 sub-projects preparing by ministerial bodies and provincial authorities in accordance with Dung’s direction. “Those sub-projects will be completed in the third quarter this year,” said Hoang.

But foreign investors said if the government wanted to improve FDI quality, it had to deal with inherent obstacles including poor transport infrastructure, power outages, a lack of skilled labour and economic challenges.

Hong Sun, general secretary of Korea Chamber of Business in Vietnam, said the government should remove these obstacles to make the investment climate more attractive before thinking about attracting high quality FDI. “I know that Vietnam wants to attract FDI to the hi-tech industry, but hi-tech firms will not invest here if they experience difficulties in recruiting skilled labour,” he said.

“If Vietnam resolves the issues of infrastructure and an unskilled workforce and offers appropriate tax incentives, investors will build factories here,” he added.

Jim Winkler, a researcher at USAID, said there had been improvements in Vietnam’s investment climate such as entry cost, land tenure and transparency. However, he also added the government had to improve the quality of labour and education and enhance the quality of governance and public consultation to reduce costs and risks for investors.

The investments of hi-tech firms such as Intel, Samsung, Hewlett-Packard and Nokia are positive signs for the country’s FDI attraction. Sun said Vietnam should give strong support to those multinational companies to ensure their success in Vietnam.

“By doing that, more and more high quality investors will follow them to invest here,” he added.
Hoang said Vietnam still needed investment in labour-intensive industries like garment and textiles, and shoes and electronic assembly as the shift into hi-tech industries would take time.

One difficulty that concerned Hoang was the lack of cooperation between ministerial bodies and provincial authorities, leading to the construction of projects not included in the national master plans for steel and cement industries. He expected this weakness would be removed after the implementation of the prime minister’s direction.

And while neighbouring countries like Indonesia, Malaysia, Cambodia, Thailand and even Myanmar are emerging as attractive places for FDI, foreign investors warned that Vietnam needed to urgently improve its investment climate.

Japanese companies, for example, are increasingly investing in Vietnam, but they are also increasing investment in neighbouring countries.