March 05, 2013 | 10:38
Tweet Email Print
Despite obvious challenges, growth trajectory is right on course to build a more robust economy in 2013 and subsequent years, especially thanks to its solid trade growth prospects. Sumit Dutta, CEO of HSBC Vietnam, makes his case to VIR. 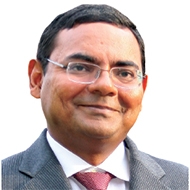 The Year of the Dragon was indeed a difficult year for us in Vietnam, but the macro-economic picture has improved significantly over the course of the year. Inflation is now in single digits, interest rates have dropped significantly, the VND has been strong and stable against the US dollar and last year Vietnam recorded its first trade surplus in over a decade.

So Vietnam is starting the Year of the Snake with a stronger foundation, better economic data and renewed optimism. Import grew by 10 per cent and export rose by 24 per cent year-on-year in the first two months of 2013, resulting in a record trade surplus of close to $1.7 billion. Foreign direct investment inflows are accelerating significantly, especially Japanese investments. Customer confidence looks like gradually improving, and companies are once again beginning to talk about expanding operations and investing.

However, we have a long way to go and there remain many challenges ahead. The world economy is still in the doldrums, and Vietnam’s large trade partners like the US and Europe are still battling with a number of economic issues. This is having an impact on Vietnam’s recovery. On the bright side though, Japan, an important market for Vietnamese exporters, is gearing up for economic pickup in the second half of 2013. China is showing robust growth indicators and consumption is gaining momentum in the US.

On the domestic front, one of the central issues is that of non-performing loans (NPLs) in the banking system. Vietnam is not the first emerging market to have high NPLs – in the late 1990s Indonesia had NPLs of over 30 per cent but the country recapitalised its banks and today Indonesia is one of the most sought after investment destinations in South East Asia. How Vietnam tackles the issue of its NPLs will determine whether it emerges stronger or weaker after the crisis is over. It is also important that banks pay more attention to corporate governance and better risk management, factors which have contributed to the problems we are facing today.

Another key issue facing the economy is how we can make state-owned enterprises (SOEs) in Vietnam more productive. SOEs contribute to between 35-40 per cent of Vietnam’s GDP and their inefficiencies are dragging the rest of the economy down. Private enterprise in Vietnam is very efficient and productive, and we have to take steps to restructure SOEs so that they become more efficient as well. 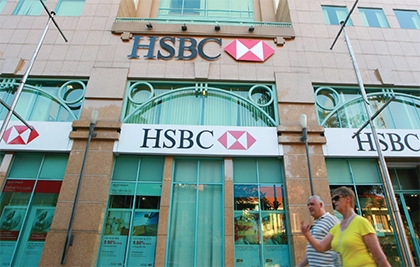 Inflation has always been a threat to the development of Vietnam’s economy with the peak of 20 per cent in 2011. With the announced data of January and February, some have voiced concerns that the government target of keeping inflation below 7 per cent for 2013 looks a long way off. Is inflation still a serious threat?

Inflation is a problem in many high growth emerging markets, not just in Vietnam alone. If you look at developing countries like Mexico, Indonesia or India, you will see they have also experienced volatile inflation during their growth phase. I think it is good for the SBV to aim for an inflation rate below 7 per cent, but as long as the rate remains in single digits I don’t think we should be worried.

Foreign trade, as you have mentioned, is one of the brightest stars in Vietnam’s economic universe. How do you expect things to shake out in 2013?

Vietnam has weathered the global economic turbulence extremely well to maintain a double-digit export growth in 2012, in contrast to many of its neighbours in emerging Asia. And in spite of concerns over the troubled global economy around the world and a challenging business environment closer to home, we are anticipating rapid trade growth in Vietnam not only this year but over the next fifteen years.

Trade amongst the major trading partners for Vietnam is expected to remain strong and in the near term, intra-regional trade will remain critical for Vietnamese businesses.

Vietnam’s major export partners are the main trading nations of the world, namely the EU, the US, Japan and China with export growth to all of them expected to remain strong. Meanwhile, emerging trade corridors like India, Malaysia, Indonesia, Bangladesh and Korea are all expected to grow at double-digit pace.

By 2030, China will have overtaken the US as Vietnam’s largest export partner but the US, Japan and Korea will remain key sources of demand for Vietnam. Plans to expand the ASEAN Free Trade Agreement to zero tariffs on all goods by 2015 will be an additional factor supporting Vietnam’s trade with other economies in the region over the medium term. Export growth to Europe (excluding Russia) and to Australia, New Zealand and Oceania is expected to average around 10 per cent a year in the decade to 2020.

In the past, Vietnam’s exports were often low value added products which were being manufactured in Vietnam primarily because of Vietnam’s wage competitiveness. But this is gradually changing, and thanks to foreign investment in electronics by Korea and Japan, Vietnam is becoming a bigger player in value added products. This is very encouraging and will ensure Vietnam can continue to grow as a major exporter in the world market.

How do you see the role of an international bank like HSBC in the country where trade plays such an important role?

With a network of 6,900 offices in 80 countries and territories, HSBC is ideally placed to assist customers in Vietnam to grow and develop their operations internationally and to establish business links with other countries. HSBC’s trade operations have always been the cornerstone of our global franchise and it continues to be a very important part of our business today.

HSBC has over the years built up a tremendous network across both emerging and developed markets, and has always striven to connect its customers to growth and opportunity, enabling businesses to thrive and economies to prosper. Our global strategy is to be the leading international bank connecting customers with growth opportunities, and we continue to see our role as a bridge between local businesses who wish to develop and gain from business overseas, and foreign businesses who wish to invest in Vietnam. Our success and future will be determined by how well we provide this connectivity.

The latest HSBC Global Connections report predicts Asia will lead global export growth over the next decade and Vietnam in particular will outperform, posting double-digit annual growth throughout the period 2013-20. The country attracts many multinationals seeking to diversify their manufacturing operations away from China and its exports are also increasing in value,boosted by foreign investment in electronics byKorea and Japan. A large and young workforce, with growing disposable income, also makes its domestic retail market attractive for foreign investors.

HSBC has been in Vietnam for around 140 years and is committed to Vietnam. As an international bank with customers all across the globe, HSBC also plays an important role in highlighting and showcasing Vietnam’s potential to its customers globally, many of whom are keen to explore new opportunities and new frontiers. This helps our customers to grow their business by investing in Vietnam, and also helps Vietnam by bringing FDI into the country.