August 22, 2022 | 09:30 (0) user say
Tweet Email Print
Although Trinh Ngoc Duc, president of D.lion Group and CEO of Fight of the Ages, was not initially technologically savvy, he remains confident in his abilities to lead his crew to accomplish the goal of bringing a pure Vietnamese metaverse project to the world as soon as possible.

Trinh Ngoc Duc was born and nurtured in a poor family in Hanoi, and had fewer learning and development opportunities than his peers.

At the age of 16, Duc learned how to run a company for the first time. Initially, he was successful, but his complacency eventually led to a devastating failure. He established D.lion in 2021 after eventually learning to maintain a balanced disposition.

“Now, after each victory, if I don’t want things to go out of hand, I must calm down and maintain equilibrium,” Duc concluded.

Under the leadership of three founding members, D.lion possesses a rich ecosystem in the blockchain game field, including Hobbit Venture Capital Fund, FOTA Game Product Development Company, D.lion Media & Solutions, and several fields that are currently being researched and developed.

Duc aims to create D.lion into an empire for those who have had several failures in the past, in the hopes that they may mature and become unbeatable players.

Demonstrating that things are moving in the right direction, Fight Of The Ages (FOTA), Metados 3, and SocialFi represented Vietnam’s blockchain sector at the 10th Global Blockchain Conference held in Hanoi in July.

FOTA has earned the confidence and support of investors, venture capitalists, and mainstream gamers from all across the world. In the second quarter of 2022 alone, the FOTA team raised a total of $10.3 million. As of June, FOTA’s social network has also garnered more than one million users.

FOTA Metaverse - Meta Djinn is 2022’s next notable studio and is the first initiative undertaken by Meta Djinn to secure the company’s vision and mission. This ambitious project provides the most immersive gaming experience with responsive graphics and a variety of game modes by using blockchain tech and recruiting the industry’s foremost game designers.

“I cannot say with certainty that I launched at the optimal timing, but after months of meticulously arranging everything, I found it to be effective. We have firmly chosen the right industry, the right approach, and the correct quota, and we will flourish in the next two years.” Duc insisted.

In light of the deteriorating decentralised finance sector, Duc said it is undeniable that raising millions of dollars from global investors has been challenging. If the company just chooses to make projects conform to current trends, it will not be sufficient to persuade global investors with such force.

FOTA not only maintains the trend of profitable gaming but also wants to anticipate the next 3-5 years with the metaverse – long enough for the cryptocurrency industry to expand and for additional major game developers to enter the market. Therefore, angel investors are now more likely to be prepared to invest in FOTA.

According to Duc, there were many initiatives on the market that called for a few million dollars too soon, increasing capitalisation value by hundreds of millions of dollars in a short time, but those types of projects can vanish after just a few months.

Duc and the FOTA team feel that last year was the optimum moment for the market, despite the fact that the venture was introduced during a market decline. “When the market goes up, everyone believes the firm is thriving, but when the market goes down, it’s time for the leadership team to show its mettle,” said Duc.

FOTA has successfully raised capital in its angel fundrasing round and has issued a cryptocurrency token through an initial DEX offering (IDO). Investors often refer to initial coin offerings, security token offerings, and initial exchange offerings when discussing strategies for raising financing for firms in the technology industry. According to many, IDO will be the next popular fundraising trend.

Regardless of the method of raising significant and reputed investment funds, according to Duc, the first thing that investment funds ask the startup leadership is about human resources. Due to the staff’s expertise and cohesiveness, they are able to guide the firm through adversity without fracturing.

“It is also thanks to the staff that FOTA has been able to withstand a declining trend and go the distance,” Duc added. The human resources staff comprises one of the main things the young CEO is most pleased with at FOTA, followed by business concepts and strategies.

FOTA’s employee selection criteria, which include disposition and manners, may be peculiar. Duc does not want to recruit employees and then give them a trial; if they fail, he will let them go, but he will evaluate them meticulously from the start. The CEO said it is vital to identify competent individuals who are compatible with the team, as there have been instances in which a firm has a large number of skilled employees, but the system has been destroyed due to incompatibility.

“I am proud and lucky enough to work alongside people who are better than me. I believe the CEO of any organisation must be the glue that holds people together. People are the foundation of business, and technology is only a tool to make the working process more efficient,” Duc stated.

Although the FOTA project has just begun, the team has been working together for years on past projects. Currently, the game has close to 200 workers, and 90 per cent of them reside in Vietnam. The average age of employees is firmly set in the mid-20s, while those in critical positions are between 25 and 30 years old.

Duc is prepared to spend a great deal of money to attract and cultivate the intellect and lives of young people early in school.

“In our sector, getting money is quick, but so is losing it, and greed is easy to develop. We have crossed the barrier of needing to worry about food and money, and looking at the larger picture so that even if we lose, we will have won a glorious battle. FOTA has re-invested 100 per cent of the funds received lately in its goods and marketing, as revealed by Duc.

With a worldwide strategy and vision, FOTA’s first objective was to grow and raise finance overseas. Now, after concentrating on international markets for eight months, FOTA has finally returned to the Vietnamese market.

“We will search for funds that don’t have big names, but support a competent team, have sufficient resources, and can sustain the initiative for a long time,” Duc added. 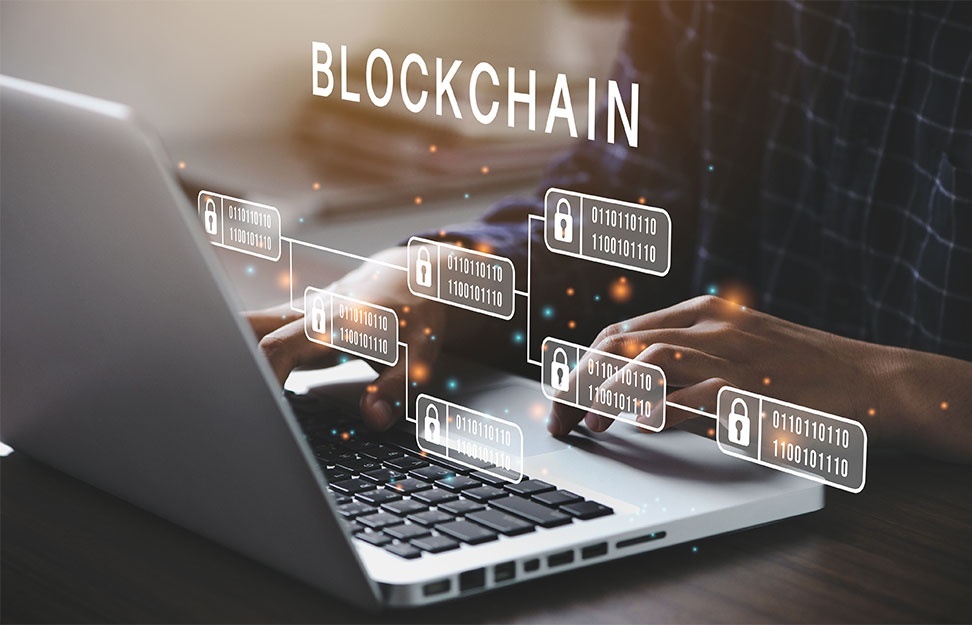 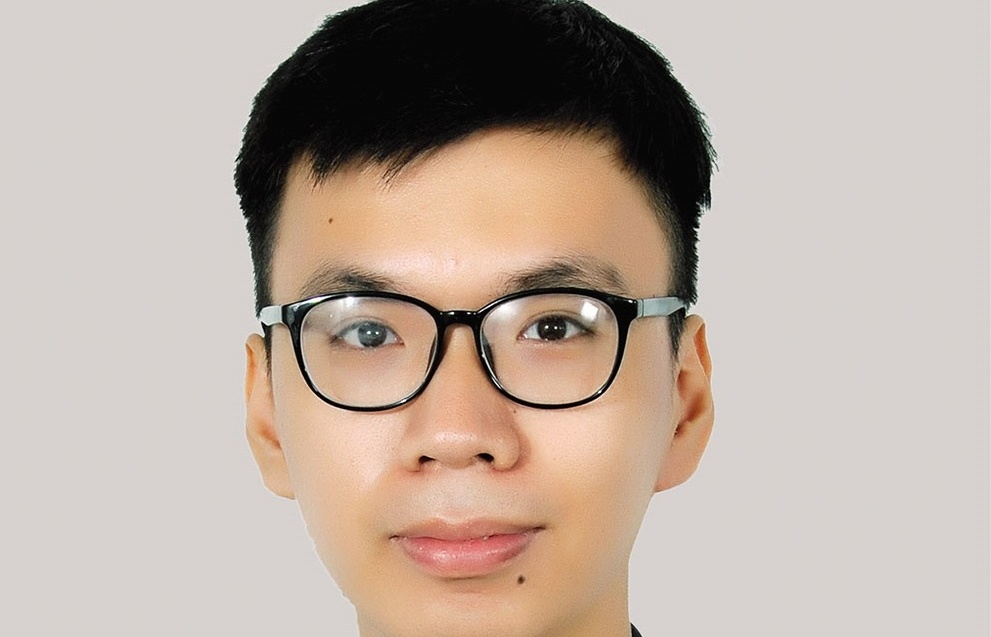 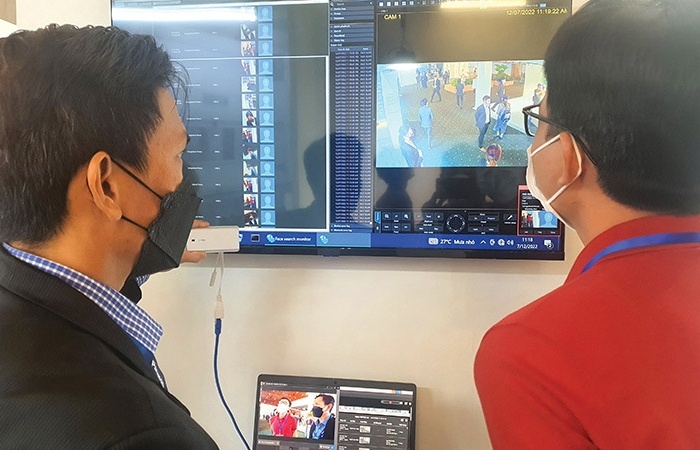