How to lead the global plastics issue

May 12, 2022 | 17:13 (0) user say
Tweet Email Print
As global momentum builds on ending plastic pollution and marine debris, Vietnam is strengthening its ability to build back better from COVID-19 and transition to a circular economy. Caitlin Wiesen, resident representative in Vietnam of the United Nations Development Programme, and Grete Løchen, Norwegian Ambassador to Vietnam, write about the changes ahead.

The rise of cheap, mass-produced plastics, a defining feature of the 20th century, is generating disastrous consequences for the planet and for people. Left unchecked, there will be more plastic in our oceans than fish, disrupting food chains vital to animal and human health, and in turn accelerating the heating of the oceans.

From deep sea sediment to Mount Everest, no area of the planet is left untouched by plastic pollution. Globally combined, we dump the equivalent of one garbage truck of trash into our oceans every minute. On current projections, the amount of plastic trash in the oceans will double by 2030 and nearly triple by 2040 to 29 million metric tonnes per year.

Plastic pollution is directly affecting human and marine wellbeing, and it has to stop. This is why 175 countries came together at the UN Environment Assembly in Nairobi earlier this year with plastic pollution and marine debris as an urgent shared priority. Momentum was built and on the final day the resolution “End Plastic Pollution: Towards an Internationally Legally Binding Instrument” was confirmed.

There has never before been a dedicated international agreement specifically designed to prevent plastic pollution throughout the plastics lifecycle. The resolution aims to promote sustainable production and consumption of plastic, as well as sound waste management and circular economy approaches.

Among other things, the proposed plastics treaty will promote national and international measures to reduce plastic pollution in the marine environment. It will specify reporting measures and address compliance, and consider financial mechanisms to support implementation.

This resolution is a key milestone in the efforts to protect planet earth. But it is very late, and there is still much more work to do globally, regionally and also nationally here in Vietnam, where an estimated 3.7 million tonnes of plastic waste is generated each year.

The unsustainable production and consumption of plastic products have become a serious threat to the ecology and environment on the land, coastal areas and oceans of Vietnam, as noted by Minister of Natural Resources and Environment Tran Hong Ha.

While Vietnam recycles 10-15 per cent of its plastic waste, an estimated 730,000 tonnes of plastic still enters the ocean every year, putting Vietnam as one of the top five marine plastic waste contributors in the world.

Southeast Asia, where the Pacific and Indian Oceans meet, faces heavy impacts from plastic pollution and marine litter. Like other countries in the region, Vietnam has begun to make significant changes to meet its national goal of reducing 75 per cent of its marine plastic by 2030. Vietnam is truly committed to achieving a global plastics treaty.

With a long coastline of more than 3,200km running from Mong Cai city in the north to Ha Tien in the southwest, the economy of the sea and coastal provinces and cities of Vietnam accounted for approximately 47-48 per cent of the country’s GDP as of 2016 and is expected to contribute up to 65-70 per cent of GDP by 2030.

Vietnam’s sea is considered one of the 10 centres of marine biodiversity in the world. There are more than 120 beaches along the coast that can be developed for tourism and Vietnam’s seas hold huge potential for renewable energy and marine transportation. In 2020, Vietnam’s total seafood output reached 8.4 million tonnes, according to the Directorate of Fisheries under the Ministry of Agriculture and Rural Development.

So it is only right that Vietnam is taking ocean health seriously, as also evidenced by its revisions to the Law on Environmental Protection, which became effective in 2022.

As well as the national action plan to eliminate single-use plastics and non-biodegradable plastic bags from all coastal tourism areas, the revised law includes a transformation of the traditional linear economy – make, use, discharge – to a circular economy that is designed to reduce the exploitation of materials, extend the lifespan of products, and reduce waste and adverse environmental impacts with innovations and recycling.

At the COP26 climate summit last November, Prime Minister Pham Minh Chinh explained the need for Vietnam to transition towards a green, circular, sustainable, inclusive, and humanistic economy. As Vietnam strives to build back better from the pandemic, the time is now to work towards climate action, a circular economy, and gender equality, and they must be approached simultaneously as interconnected issues.

Vietnam’s informal waste workers – typically low-paid women from rural areas or ethnic minorities who collect waste for recycling – are already playing a key role in working towards a circular economy. But they must be included in policy formation and given access to financial and technical resources.

The United Nations Development Programme (UNDP), with support from Norway, is working with provincial and city authorities in five key cities, mostly located on the coast, to promote recognition of their roles, the influence they have in their communities, and the entrenched gender-based bottlenecks that limit their contribution to the circular economy. Vietnam’s informal female waste workers can help accelerate the country’s transition to a more sustainable and circular blue economy.

In 2021, the Norwegian Embassy and the UNDP signed the agreement for a new project on scaling-up integrated and inclusive waste management models through empowering the informal sector and fostering the circular economy. It is a three-year project that will deploy and test interventions, including direct support for the informal waste workers, a management model in the fishery sector, and an ecosystem-level approach of value chains through the establishment of a material recovery facility.

The project, which aims to collaborate with Norwegian tech company Tomra Systems to implement its sensor-based waste sorting solutions, comprises two main outcomes. The first aims to implement sustainable models of waste management that increase the livelihoods of waste workers, with a focus on women informal workers; while the second aims to scale up sustainable and inclusive waste management models and interventions through replication support, capacity development, and knowledge-sharing.

Also spearheaded by the UNDP, with support from the Norwegian Ministry of Foreign Affairs and the Norwegian Agency for Development Cooperation, is EPPIC – the Ending Plastic Pollution Innovation Challenge. This is an ASEAN-wide competition calling for innovators to share their bright ideas for tackling plastic pollution with the world.

One winning solution was a breathable biobag in Vietnam, a biodegradable bag made from tapioca starch to reduce plastic and food waste from Vietnam’s fruit and vegetable export chain, while a winning innovation in Thailand promoted the circular economy with a technology solution that turns one tonne of food waste packaging into 300kg of reusable aluminium daily.

Norway has a highly developed blue economy and, like Vietnam, is a coastal nation heavily affected by climate change. As a result, the governments of both countries are co-chairing an international conference titled “Sustainable Ocean Economy and Climate Change Adaptation” on May 12-13 with the support of the UNDP in Vietnam.

Building on last year’s COP26 and contributing to the momentum towards the 2022 UN Ocean Conference in Lisbon in late June, it will take place in Vietnam and online, and brings together ministers and senior officials from climate-vulnerable countries as well as donor countries, international organisations, and experts.

The conference will be opened by a government leader and will be co-chaired by Anniken Huitfeldt, Norway’s Minister of Foreign Affairs and by Minister Tran Hong Ha. It will feature keynote addresses by UNDP administrator Achim Steiner and by the UN secretary general’s special envoy for the ocean, Peter Thomson.

During the conference, the UNDP and the Vietnam Administration of Seas and Islands will launch a report called “Moving towards a blue economy in Vietnam”, which focuses on the contribution of the blue economy to socioeconomic development in this country.

The report focuses on the marine economic sectors of oil and gas, renewable energy, fishery, tourism, transportation, the marine ecosystem, and the environment. It will also envision the potential of the country’s blue economy by assessing the contribution of these sectors to Vietnam’s sustainable development by examining the current situation as well as links to Sustainable Development Goals and development scenarios, including a ‘business-as-usual’ scenario, and an integrated ‘blue economy’ concept.

In realising these goals, we have a shared interest in keeping our ocean healthy and productive. We must manage the ocean and our national waters in a sustainable way.

Norway and Vietnam both rely on and utilise marine resources in our countries. We understand the importance of a healthy and sustainable ocean, in order to ensure food and energy for a growing, global population in the years to come. There is potential for cooperation between Norway and Vietnam, especially in areas such as the circular economy and ocean industries such as marine aquaculture and renewables.

Delegates will use this timely conference as a crucial opportunity to discuss the Vietnam Blue Economy Report and the important solutions for a resilient blue economy, including the global plastics treaty and how all participating countries can play their part, with Vietnam as a front runner, to rapidly progress this landmark resolution.

By Caitlin Wiesen and Grete Løchen 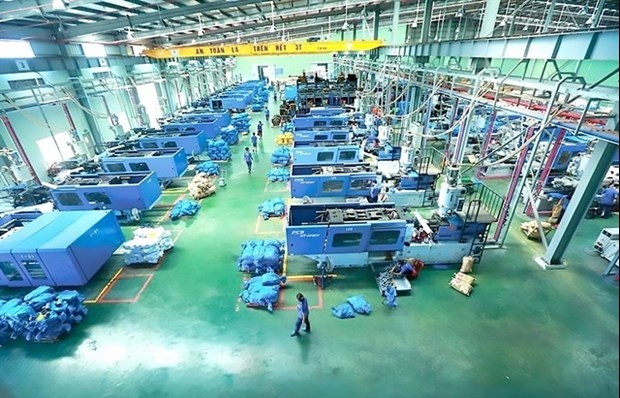 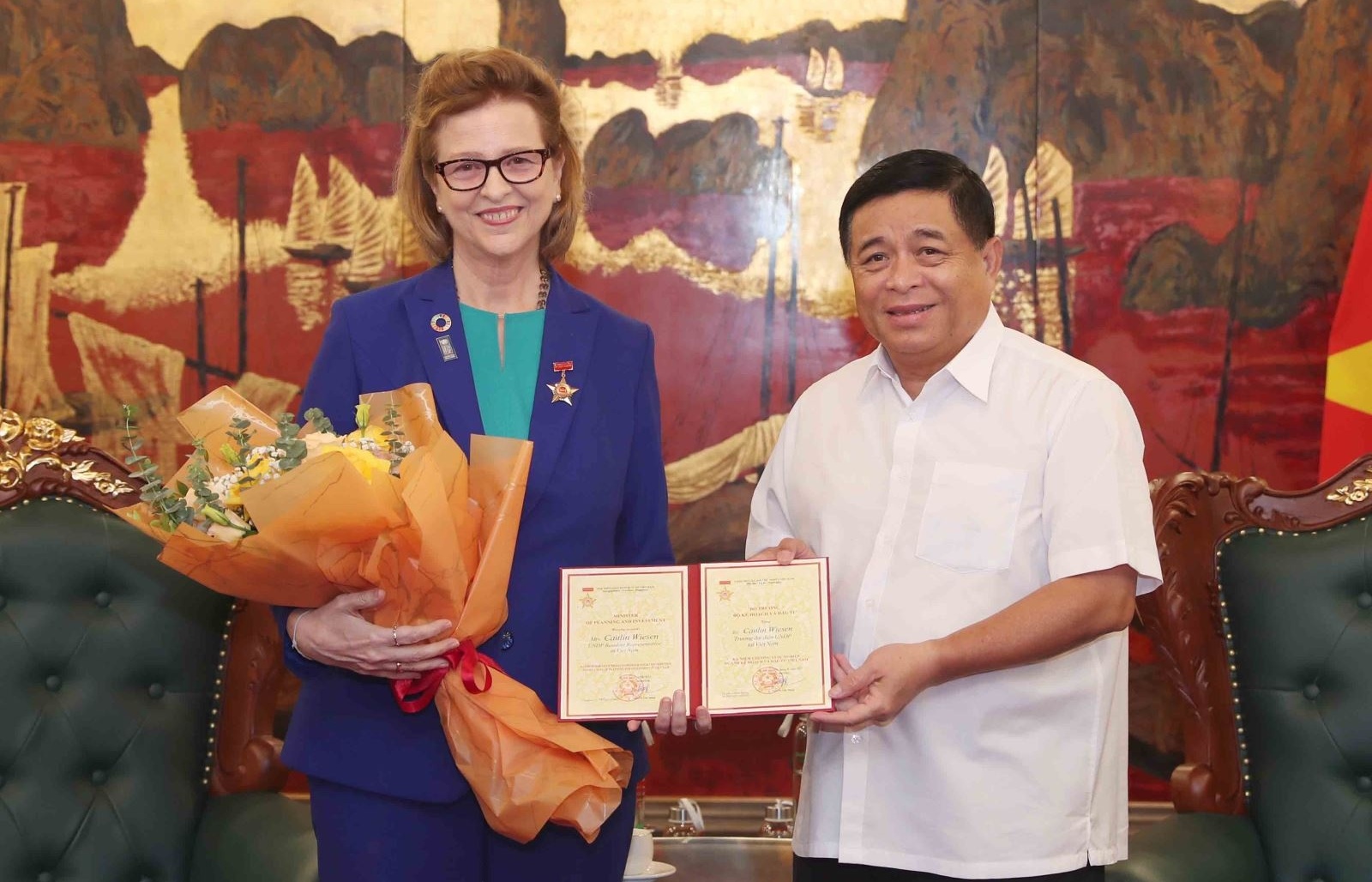 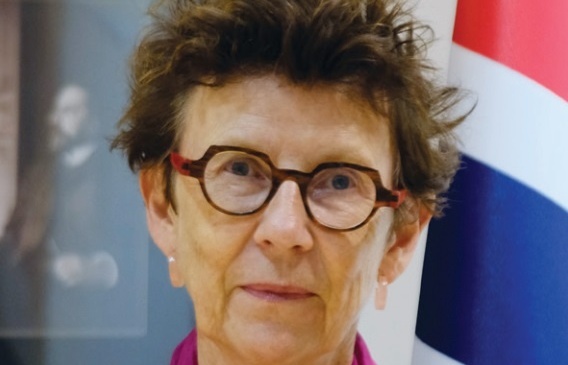