End of an era at AC Milan as veterans move on

May 12, 2012 | 09:09
Tweet Email Print
Filippo Inzaghi, Gennaro Gattuso and Alessandro Nesta will end their AC Milan careers against Novara on Sunday as the end of an era is all but completed at the San Siro. 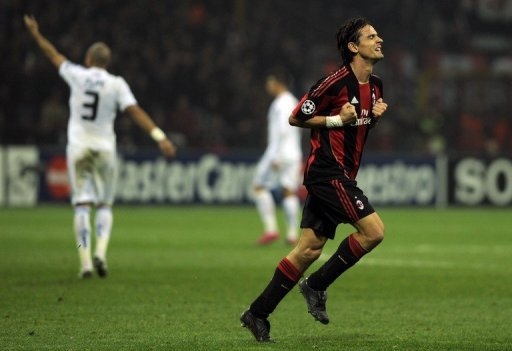 After those three are gone, only Clarence Seedorf and Massimo Ambrosini will remain from the last great Milan side that lifted the Champions League in 2007.

Inzaghi is particularly loved because he scored a brace in that final in Athens as Milan defeated Liverpool 2-1 to avenge their penalty shoot-out final defeat by the same opponents two years before.

Already, there was a feeling that the side were coming to the end of their powers but certain figures held on.

That is no longer the case, though, with Inzaghi, 38, set for retirement, Nesta, 36, heading probably to the United States, and Gattuso, 34, facing an uncertain future.

Club captain Ambrosini, 34, is staying on for another year but the fate of 36-year-old Seedorf has yet to be confirmed.

It is the departure of iconic figure Inzaghi that will truly drill home the reality that Milan have moved on from that era.

"The reality surpassed our most beautiful dreams," said Inzaghi in a parting note to Milan's fans.

"Two goals against Liverpool, two years after Istanbul (where they lost the final), the seventh Champions League. Destiny gave us something we didn't even dare hope for."

It was one of the great Milan teams but all good things must come to an end.

Already the likes of defenders Cafu and Paolo Maldini, as well as coach Carlo Ancelotti, had gone, while Andrea Pirlo left last summer.

Pirlo had spent 10 years at Milan, the same number as Nesta. Inzaghi has spent one more, while Gattuso has been there for 13 years.

There will be a party atmosphere at San Siro on Sunday as Inzaghi will also be making his 300th appearance for the club.

He will perhaps receive the greatest adulation because it was his goals and his furious commitment to the cause that drew him into the fans' hearts.

But once it is over, the reality of trying to find players to fill the gaps being left will continue as Milan look to recapture the league title they have just lost to Juventus.