April 14, 2014 | 13:09 (0) user say
Tweet Email Print
Since early 2013, the General Department of Taxation has been inspecting foreign invested enterprises operating in Vietnam, especially processing and manufacturing enterprises operating in industrial zones. After each inspection, a majority of enterprises were told they owed outstanding tax arrears. The amount of tax imposed on each enterprise has reached up to hundreds of billions of Vietnam dong. 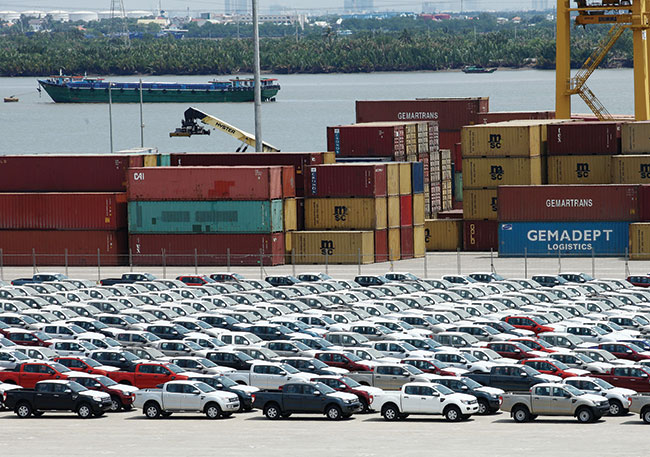 Under the laws governing tax assessments, the application of the tax must be conducted objectively and equitably in compliance with tax regulations. It follows that tax agencies are responsible for informing taxpayers in writing of the reasons and legal basis for the application of a particular tax. Yet, despite this unequivocal requirement set out by law, tax arrears have been imposed on enterprises without proper reason or accurate legal basis.

One case study, which is by no means exhaustive, concerns an enterprise in a southern province that received a tax bill as part of an inspection campaign. After an inspection at the enterprise’s headquarters, the customs agency issued a decision to impose a tax of hundreds of billions of VND. This decision was made without a reasonable basis.

The grounds on which the customs agency proposed to justify the tax imposition was that the actual records of the inventory of imported materials for manufacturing were different from records under the financial report.

No further elaboration was provided by the customs agency – particularly, the “cases” specified under Decree 106/2010/ND-CP. A closer consideration of this regulation reveals that differences between the actual record of inventory materials and the record in the firm’s financial report did not constitute any “cases” for the purposes of imposing the tax under Article 1.16 of Decree 106/2010/ND-CP.

Arguably, the tax agency avoided providing a precise legal basis for imposing tax by citing a general ground that begs for elaboration. The implication is that regardless of how the enterprise interprets the law, the tax must be paid. This type of elliptical response by the tax agency constitutes a breach of their responsibilities in passing a decision to impose tax.

It goes without saying that enterprises should not pay tax of up to hundreds of billions of VND without an appropriate explanation by the authority for their supposed breach of tax regulations.

Imposing tax arrears on an enterprise can have severe effects on its operations, including the enterprise’s survival and the employment of hundreds or thousands of people. Therefore, a reasonable tax policy and a need for clear legal basis for imposing tax arrears should be the foundation for the tax agency to justifiably impose tax and form a legal framework to protect enterprises from wrongful tax imposition.

There are concerns of whether the ambiguous provisions give the tax agencies a free hand to collect or impose tax whenever the agency considers it necessary in cases where the law is silent. If these concerns are true, then the legislature has effectively granted the tax agencies too much power because these bodies are only entitled to enforce the law.

In order to minimise the situation where tax agencies impose taxes in circumstances not recognised and permitted by the law, thereby leading to wrongful tax arrears, the cases for tax imposition should be clarified in legal instruments. This will provide enterprises with a clear understanding of the breach of obligations and the grounds for them. It also minimises cases of inappropriate collection and imposition of tax, as well as mitigating the caseload of unresolved complaints and disputes between enterprises and the tax agency.

Finally, for the greater good of Vietnam, completing the tax regulations may promote investor optimism and strengthen the attractiveness of the Vietnamese market for global investors.

“A taxpayer is subject to assessment of duties on imported or exported goods in the following cases:…

e/ Other cases of making tax declaration and calculation in contravention of tax laws which are detected by customs agency or other agencies.

“Other incomes are taxable incomes in a tax period which arise not from the business lines indicated in enterprises business registration certificates. Other incomes include:…

20. Other incomes provided for by law.”

By By Tran Van Su, Partner and Associates - LNT & Partners