May 12, 2021 | 07:00
Tweet Email Print
With the backdrop of the pandemic, global trade tensions, natural calamities, and other hurdles, Vietnam has drawn up new directions for its 5-year socioeconomic development that now depends on the leadership and determination of the newly-elected government. Within this series, VIR will focus on the government’s execution of its strategies and policies with detailed analysis of related economic sectors.

New outbreaks of infections across the nation are overshadowing Vietnam’s previous successes in the battle against COVID-19 and are now not only hitting the already hindered tourism industry yet again but also showcasing some of the issues related to decentralisation and disunited efforts of some localities and districts.

With a growth rate of 2.91 per cent last year, Vietnam is one of the few countries that can keep its economy running with a positive growth trajectory against COVID-19, a favourable factor to carry out its economic development plan for the next five years. However, the prolonged pandemic has still slowed down economic growth and increased pressure on the new government to implement its economic plans right from the beginning of the term.

Meanwhile, the strategies and actions of the government will not only shape Vietnam’s economic performance in the next five years but also be an important foundation for the country to become a middle-income economy by 2030 and a high-income one by 2045.

The reopening of the economy after the last wave of infections has taken a new bump after several localities reported new cases of COVID-19 infections.

Although Vietnam’s new government is deemed to be off to a good start on the back of the growth rate from last year, it will have to cope with a prolonged pandemic that continues to slow growth.

It was stressed that if the measures are not applied to facilitate a safe reopening of the economy, Vietnam’s tourism industry will find it exceedingly difficult to compete with other countries when the pandemic finally ends.

Tourism remains one of Vietnam’s key economic sectors and the bare top-line figures show the damage that has been caused to the industry by the pandemic. Tourism revenue in 2019 amounted to $31.3 billion but the closure of international borders since last year’s March has pushed the tourism industry into a recession. Data from the Vietnam Tourism Association (VITA) shows that the industry’s revenue in 2020 was just over $10 billion, mainly coming from the first quarter of that year. With more than 90 per cent of businesses shutting down, the remainder operated only moderately.

As a result, Vietnam has never had such cheap tourism products as it has today. Many 4- and 5-star hotels currently welcome guests for under $20 while their rates before the pandemic stood between $400-500.

After more than a year, the tourism industry remains in the doldrums, although Vietnam’s overall success in effective anti-pandemic measures has taken the worst off of the industry’s shoulders.

Nevertheless, “the lack of a unified direction of the state has rendered the decentralisation within disease prevention and control in several provinces ineffective,” said Vu The Binh, vice chairman of VITA. “While some cities and provinces act decisively to prevent the pandemic’s spread, others are a bit too cautious and even carry out measures that affect the economy.”

“The arbitrary enactment of anti-pandemic measures of cities and provinces has seriously affected the operation of the tourism industry. Some provinces prohibit visitors from tourist attractions – places that are not quarantined and not in isolated areas,” Binh said.

He explained that the rescue of the northern province of Hai Duong during the previous wave of infections has been an issue that needs to be learnt from as new cases appear across the country. “The measures of this province’s blockade and social distancing have hindered exports and isolated businesses and people in the whole province from other localities,” he said.

Foreign visitors are still the main source of potential growth for Vietnam’s tourism industry. Thus, Binh recommended that the state needs to prepare new policies so that when the conditions permit, stimulus packages can immediately be launched to attract a large number of international visitors with vaccine visas. As other markets are beginning to implement vaccine passports, it remains open what Vietnam will do with this measure.

The upcoming competition on the global tourism market is forecast to be extremely fierce, and Vietnam’s tourism may need to act faster than others in more developed markets. Some businesses asked VITA to propose to the government to allow a part of the vaccination activities to be socialised, and the association has thus submitted to relevant ministries and agencies a pilot plan to welcome tourists with vaccine visas.

The government has also enacted expanded immunisation schemes to fight the pandemic but may still need to redefine priorities to prepare for economic recovery through appropriate policies for the current situation.

For the industry, tourists and tour guides are the ones most in need of support of the government. Vietnamese tourism is a labour-intensive industry and has more than 40,000 tourism businesses with about 2.5 million employees, of which more than 1.5 million are indirect workers – the most severely affected.

The tourism industry’s urge may be understandable, but the latest COVID-19 cases suggest that Vietnam remains at a high risk of new outbreaks at any time. This, once again, leaves the industry’s stimulus efforts in a vacuum.

PM Chinh, when chairing the regular meeting of the government on May 5, gave priority to consider the prevention and control of the pandemic. He found that the complicated and unpredictable developments of the global health crisis are affecting all socioeconomic activities of the country.

Moreover, treating the latest infections have proven to be more difficult than previous outbreaks. Vietnam’s control of the pandemic is causing the new government to suffer from more pressure amid partial neglection of prevention rules by some localities and people, as well as increased illegal immigration.

Meanwhile, the number of new infections and deaths in the world continues to increase in regional nations.

The new prime minister has very high requirements for disease prevention, while resources, capacity, and time are all limited. The PM asked to renew the measures and policies to suit the new situation, as well as strengthen decentralisation and in pandemic prevention, under the basic direction that “the central government cannot perform the job of the provincial, district, and communal authorities,” the PM said. 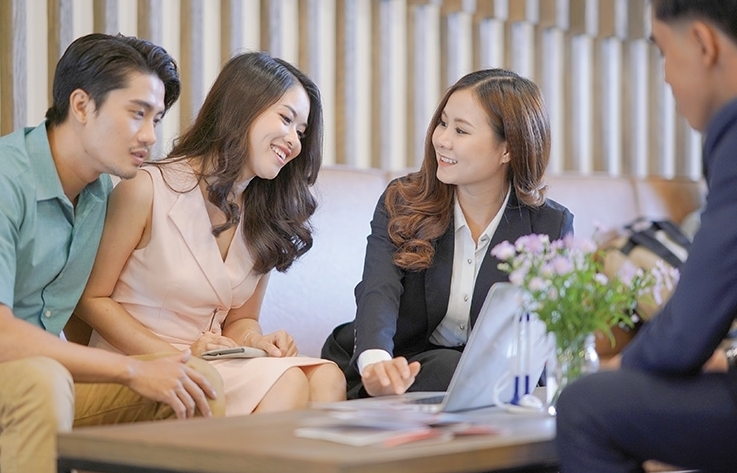 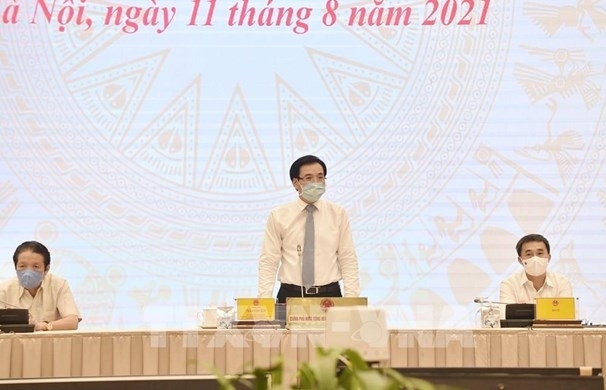 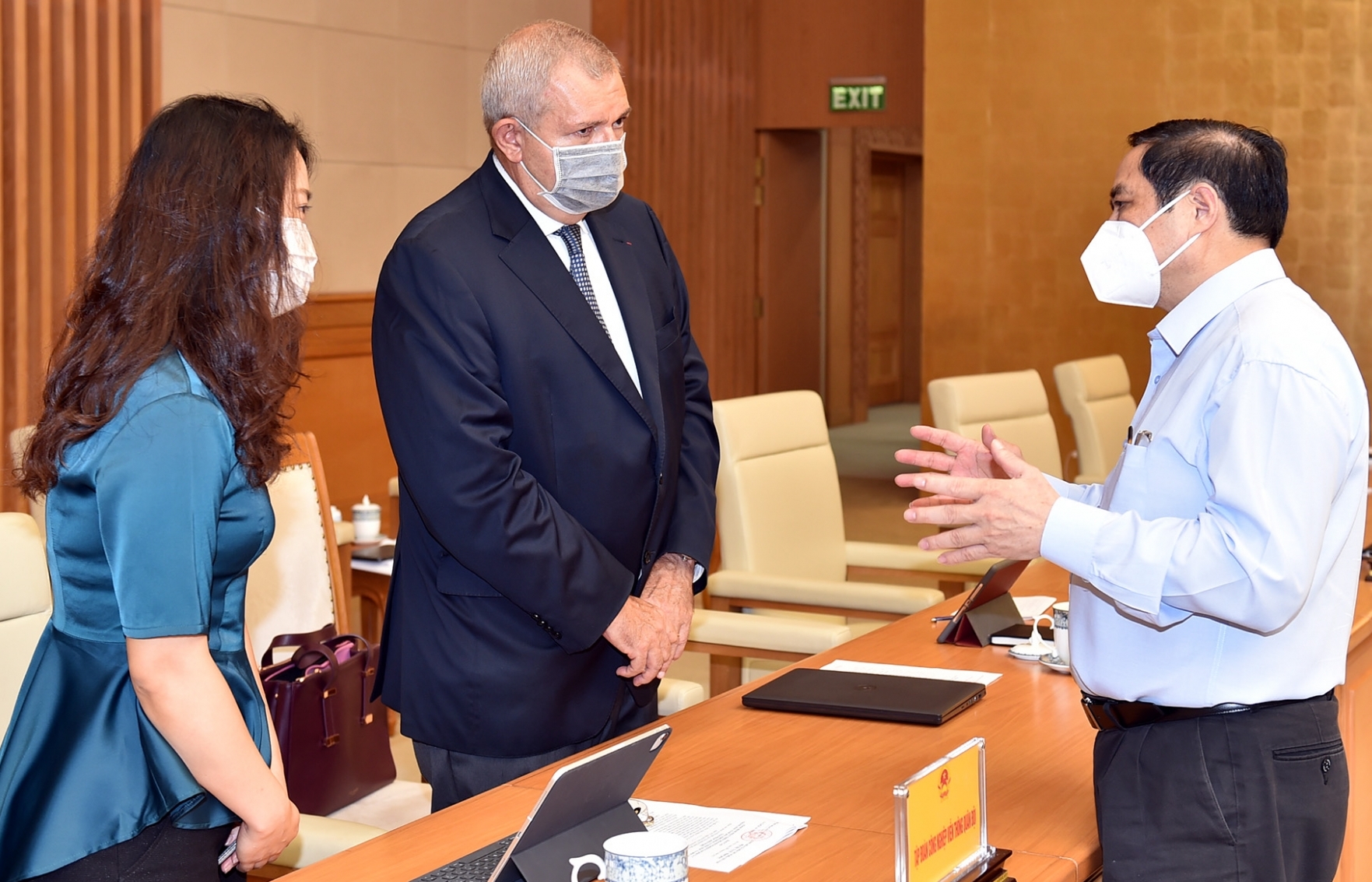