From the fourth to the eighth month of the lunar year, in order to prepare for the coming flood season, local boat makers are busy with orders from customers in neighbouring areas: Cần Thơ, An Giang, Kiên Giang and Vĩnh Long. During peak time for boat making, the sounds of hammers, chisels, saws and motorboat engines fill every corner of the commune. Arriving at the commune at that time, people can see numerous boats of different kinds and sizes on both the canal and the shore.

Nguyễn Thành Nam, a talented artisan in the area with 50 years of experience in building boats, said that his grandfather Phạm Văn Thuông was considered the father of boat building in Long Hậu Commune.

Thuông was also called Sáu Xuồng Cui by the locals.

No one knows where he was from, but the story goes that he got married to a local girl and set up his own business in the area.

At first, he only built boats for his relatives. Then he taught his neighbours the techniques of boat building and they gradually spread throughout the region.

In the past, the locals only built Xuồng Cui, a type of small boat used to catch fish in canals. Local boat makers started building different kinds of boats.

Sixty-year-old boat maker Nguyễn Văn Tốt said that the commune used to make about 20,000 boats each year because high floods regularly arrived in the Mekong Delta province. During flood season, boats are not only a major means of transport for locals in the region, but are also used to catch fish, so people were eager to purchase boats.

In 2015, there were about 400 families in the commune making boats. Now, there are only 41 families.

Many boat makers in Long Hậu Commune have changed jobs. Some left their hometown and moved to the neighbouring provinces of Tiền Giang and Long An to continue working as boat makers.

Hồ Văn Kiệt, another local boat maker, said that four generations of his family made boats in Long Hậu Commune.

Previously, he employed 15 skillful boat makers in his workshop, which could make 300-400 fishing boats for customers in the provinces of Long An, Đồng Tháp, An Giang and Kiên Giang.

However, in the flood season of 2016, his workshop made a few dozen boats for customers from Cần Thơ only. He received few orders from other provinces.

“If the business gets worse, I will have to close my workshop,” he said.

Boat maker Nguyễn Văn Sẹ said that because of reduced demand and reduced production, many young people left the hometown to seek jobs.

“If more and more local people give up making boats, who will preserve Long Hậu’s traditional occupation?” Sẹ worried.

Boat maker Nguyễn Văn Tốt, of Long Hưng 2 Hamlet, Long Hậu Commune started making boats when he was 15 year old. He can talk for days about Long Hậu boats and their differences from boats made in other boat making villages in Cái Răng, Cân Thơ, Cà Vòm An Giang, Long An or Tháp Mười.

When the trade of wooden boats in Long Hậu Commune slows down, he is very concerned about preserving the tradition,Thanh Niên ( Young people) newspaper reported.

In the last few years, besides making boats for transport and fishing, Tốt made souvenir boats.

The souvenir boats are displayed in tourism areas or sold to tourists.

Tốt said that making a souvenir boat was similar to making a real one, with even more tasks to do, such as rubbing, painting and writing wishes on it.

“It takes few months to complete a set of more than 20 souvenir boats,” Tốt said.

Tourists, especially overseas Vietnamese, liked to visit his workshop to witness how to make a boat and purchase souvenir boats, Tốt said.

He also said that his boats are also used to hold flowers.

Tốt said that he was seeking co-operation opportunities with flower growers in Sa Đéc and Đà Lạt to provide flower decorative products.

Now, Tốt said he was also concerned about the next generation of boat makers because few young people were interested in the job. 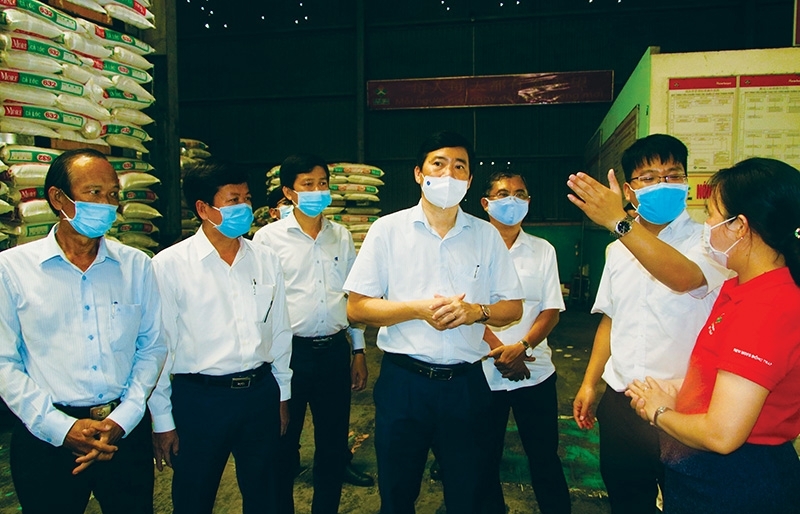 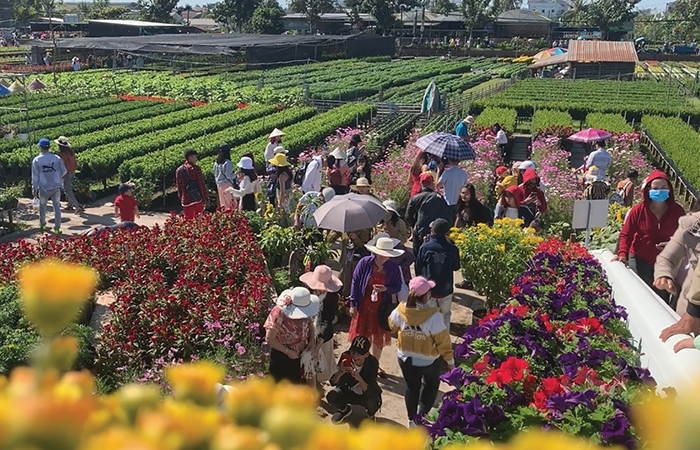