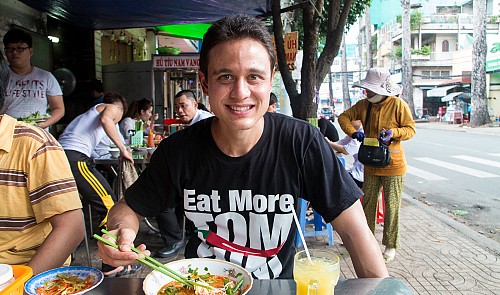 Mark Wiens, 29, who is now based in Thailand, spent around a month with his wife in Vietnam’s most crowded city before publishing the review “Vietnamese Food: 25 Must-Eat Dishes in Saigon (and Where To Try Them)” on his blog.

The blog entry featuring videos, photos, and comments on the foods has gone viral in local media and on social networks whose users have been infatuated with what Wiens talked about.

The blogger continued to stunt not only foreign tourists looking for places to eat in Vietnam, but also Vietnamese readers by showing numerous places to eat those dishes.

Some Vietnamese even said they had never heard of those places before.

“A couple of weeks before I visited Saigon [Ho Chi Minh City], I published a video asking where and what I should eat,” Wiens shared how he and his wife got to know those foods and places with Tuoi Tre News. “Many Vietnamese kindly gave me their suggestions for the best places I should eat.”

In addition, Wiens also found the places himself by surfing some local culinary websites and walking around, which he thinks is one of the best ways to find delicious food when traveling.

Since being published on February 16, the review has received a lot of “extremely positive” feedback, as Wiens stated, with 14,000 likes and more than 600 shares on Facebook.

“Some people have written me messages to say they used the article as their main travel guide when they visited Saigon,” he told Tuoi Tre News. “Additionally, I've received messages from Vietnamese saying how much they appreciate the videos and article.”

“I'm really grateful for everyone's kind support, and I owe it mainly to those who gave me suggestions on where to eat in the first place,” he said.

Wiens also explained to Tuoi Tre News that though he tried about 100 different Vietnamese dishes and snacks and two of his favorite dishes are bò lá lốt and bún riêu, he made a decision on picking up the 25 dishes based on both how many people had recommended them and his own personal preference.

‘Food is an extremely important part of culture in Vietnam’

Commenting on eating in Vietnam, Wiens said food is an extremely important part of culture and life here.

“When I was in Saigon, I could clearly see that Vietnamese really know how to enjoy eating,” he said. “From big family restaurants to street food stalls and snack carts, food is eaten with friends and family, and meals are a way to socialize and spend time with each other.”

Wiens added that the thing making Vietnamese food stand out to him is its attention to fresh herbs and the garnishing of each dish.

“From a bowl of noodles to cơm tấm sườn nướng, one of my favorite parts of eating Vietnamese food is getting to add all the toppings, sauces, chilies, and herbs,” he said.

Admitting that he is not a huge sweet eater and some Vietnamese dishes are too sweet to him, the blogger, who once visited Ha Long Bay and Hanoi, said his favorite part when having Vietnamese food is the freshness of the flavors, as well as the combination of meat, herbs, and vegetables.

In addition, friendliness was one of the things that encouraged Wiens to eat more in the country.

“Finally, I would like to say that in Saigon, many of the restaurant owners and food vendors I ate at were some of the friendliest and kindest people I've met,” he remarked.

‘Food is my real passion’

Wiens said after earning a degree in global studies in 2008 in the U.S., he decided to continue traveling, mostly because he wanted to eat delicious food.

“My mother is Chinese - so that's part of the reason I grew up eating mostly Asian food,” he told Tuoi Tre News.

Talking about his blogging, Wiens said he started it at the beginning of 2009 as a way to share photos and travel experiences with his family, and also to keep track of everything he did so he would not forget it.

“But back then I was blogging more about anything I did or ate,” he elaborated. “I decided to focus on my real passion, which is food, so I've been more focused on food and travel since about 2010.”

“It's a way for me to express my love for food and culture, and to hopefully be inspirational and provide helpful information for others,” the man, who has visited 40 countries, added.

Wiens said right now he and his wife mostly travel around Asia to eat, but they hope to go to other places, like Europe and South America, in the future as well.

“But my real love is for Asian food,” he underlined.

Wiens said that he has written and published a couple of e-books on eating and traveling, and would like to release more soon. 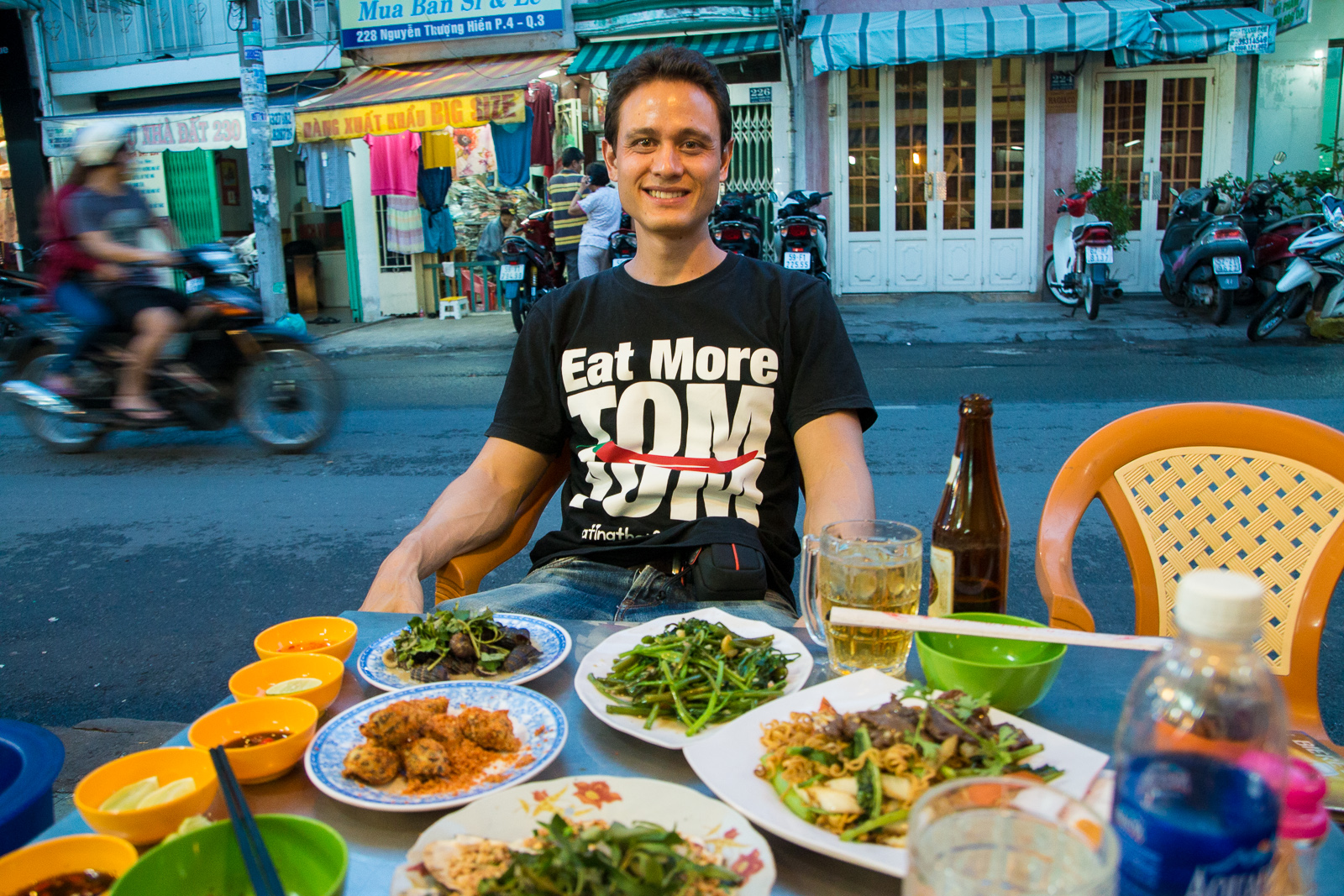 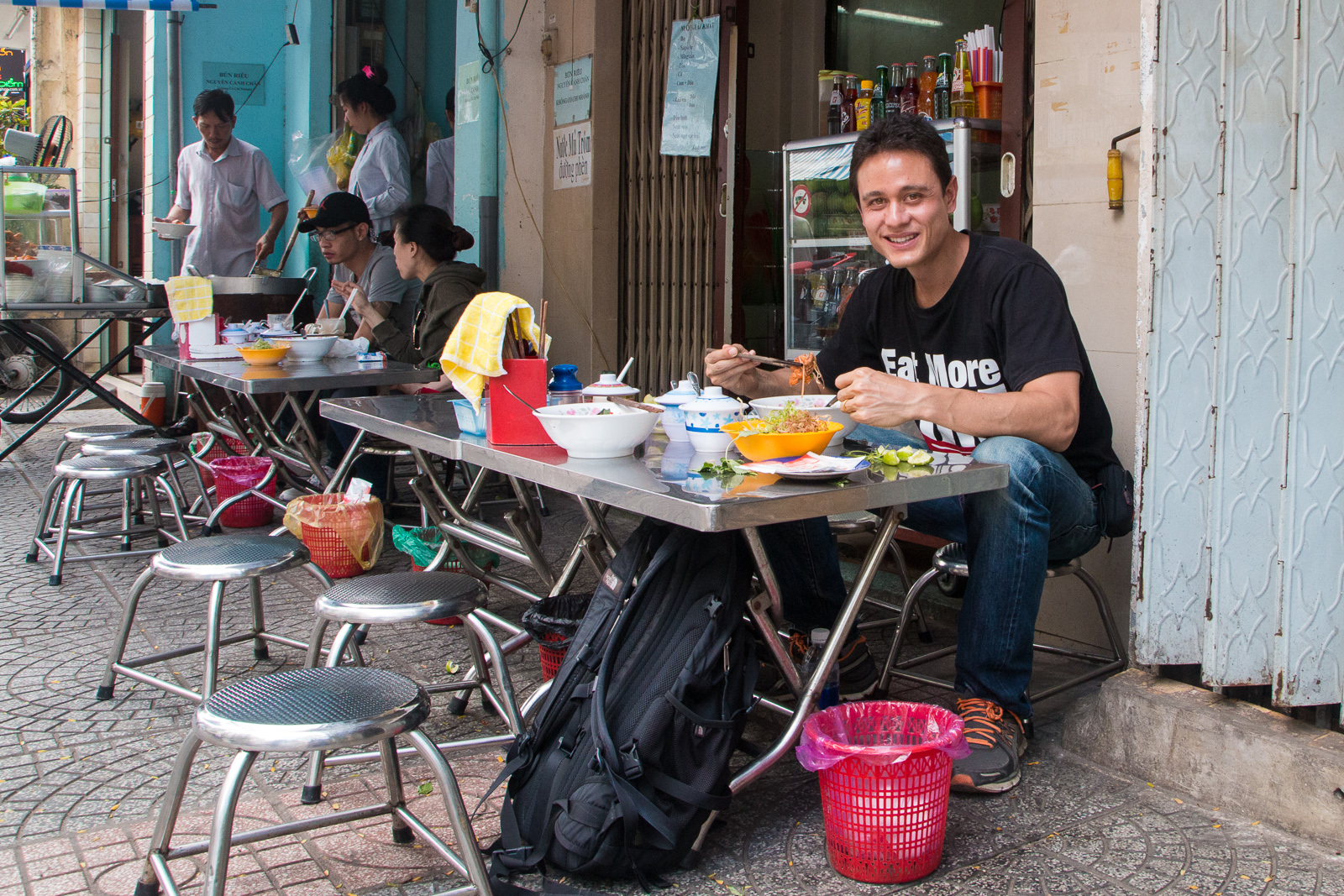 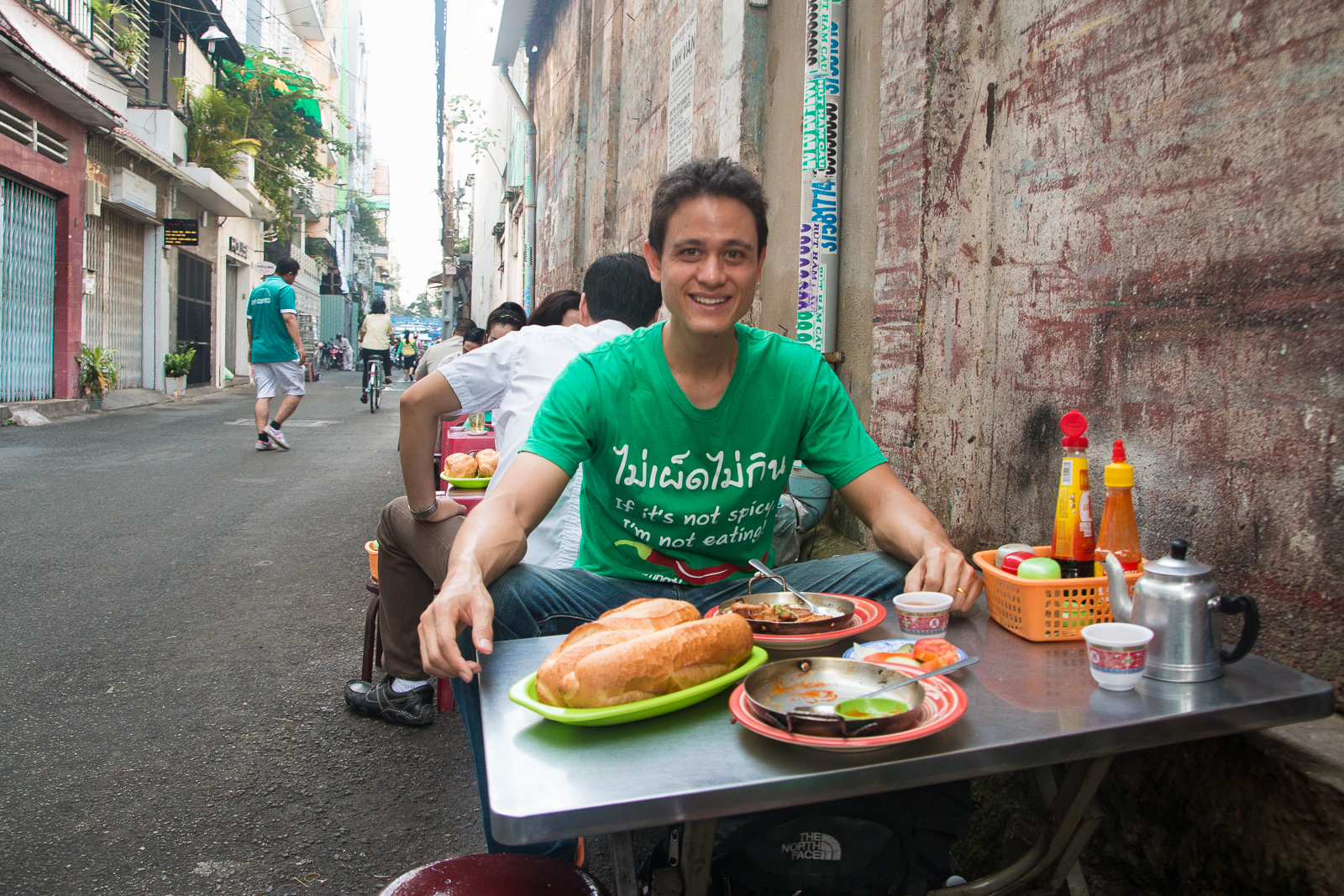 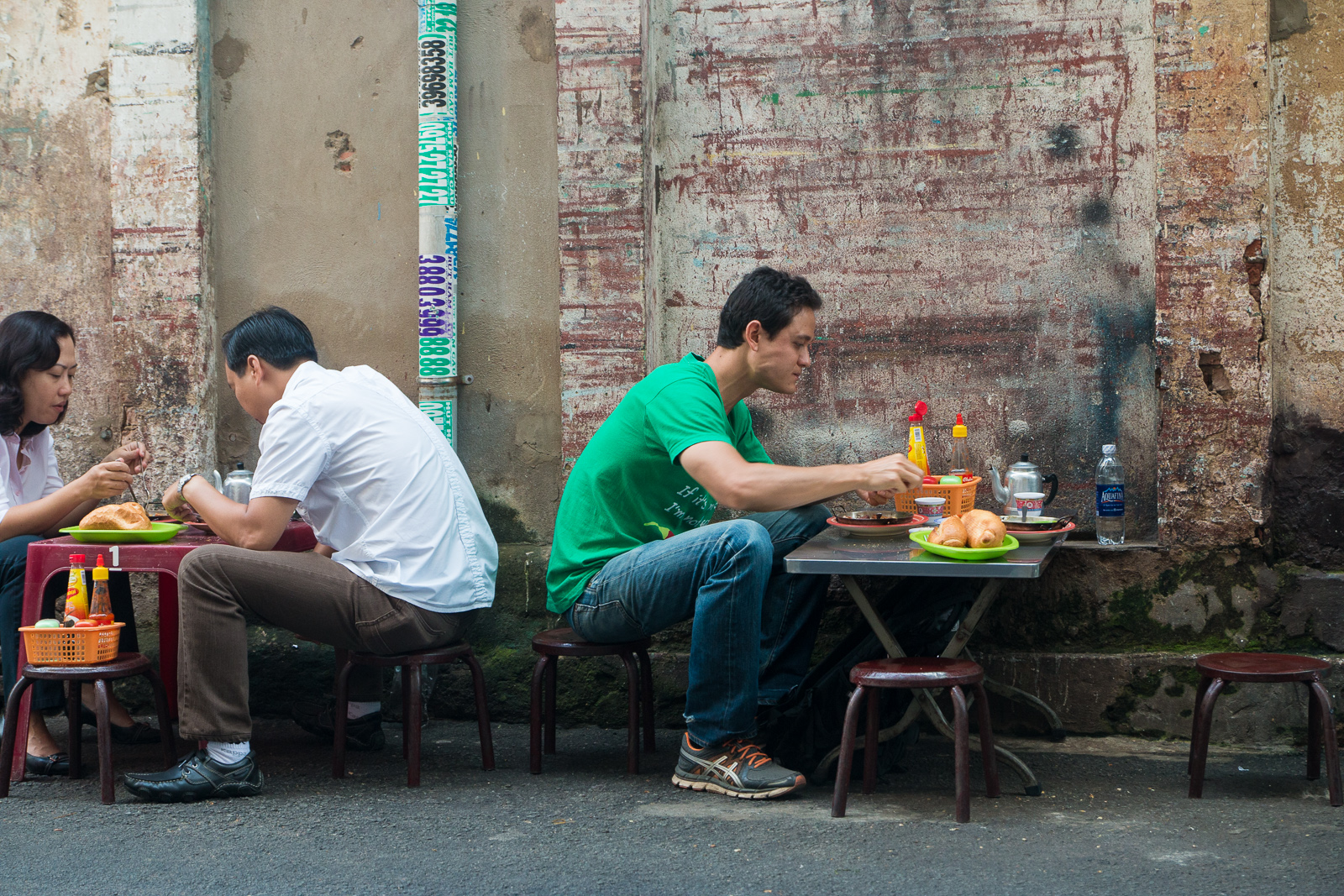 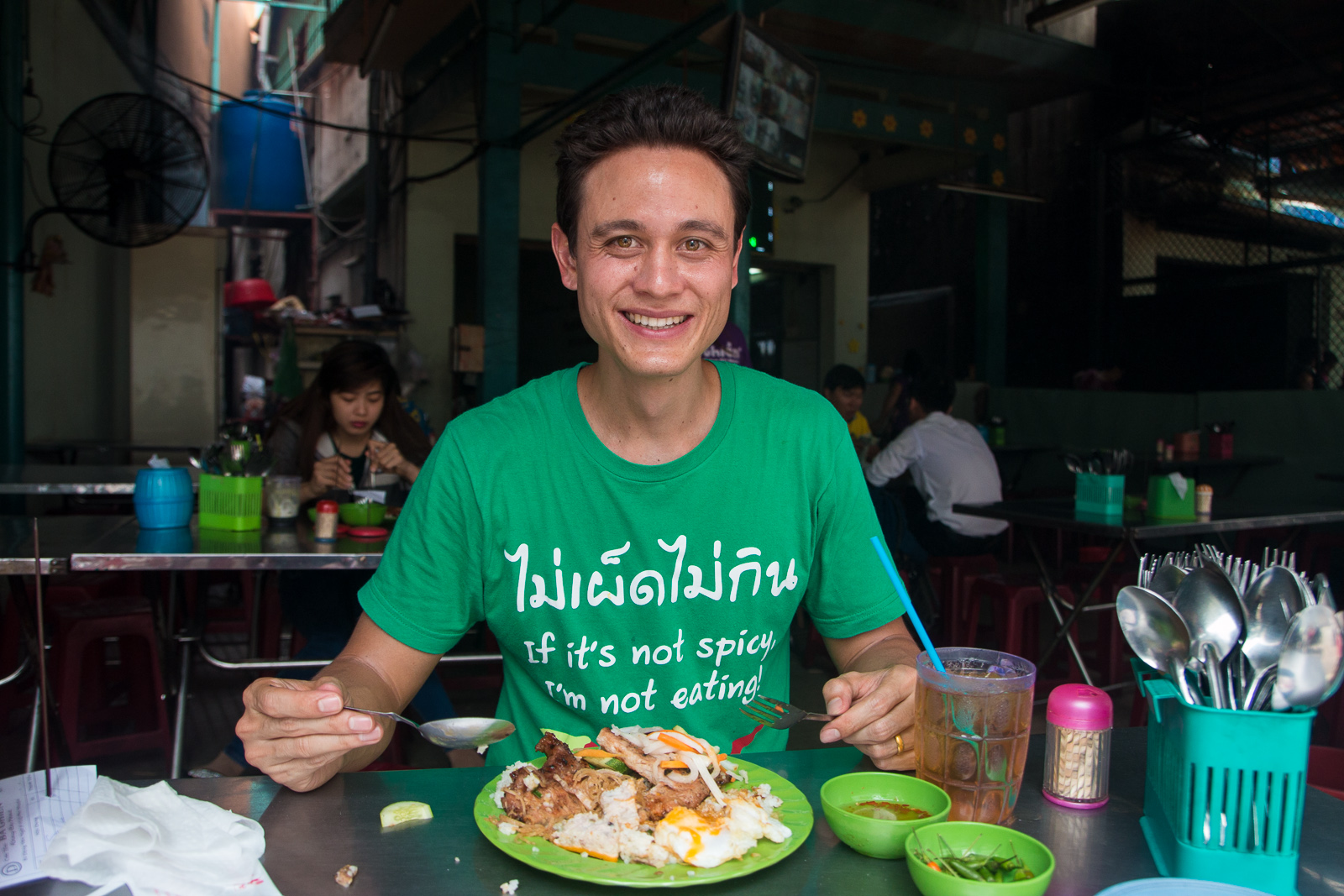 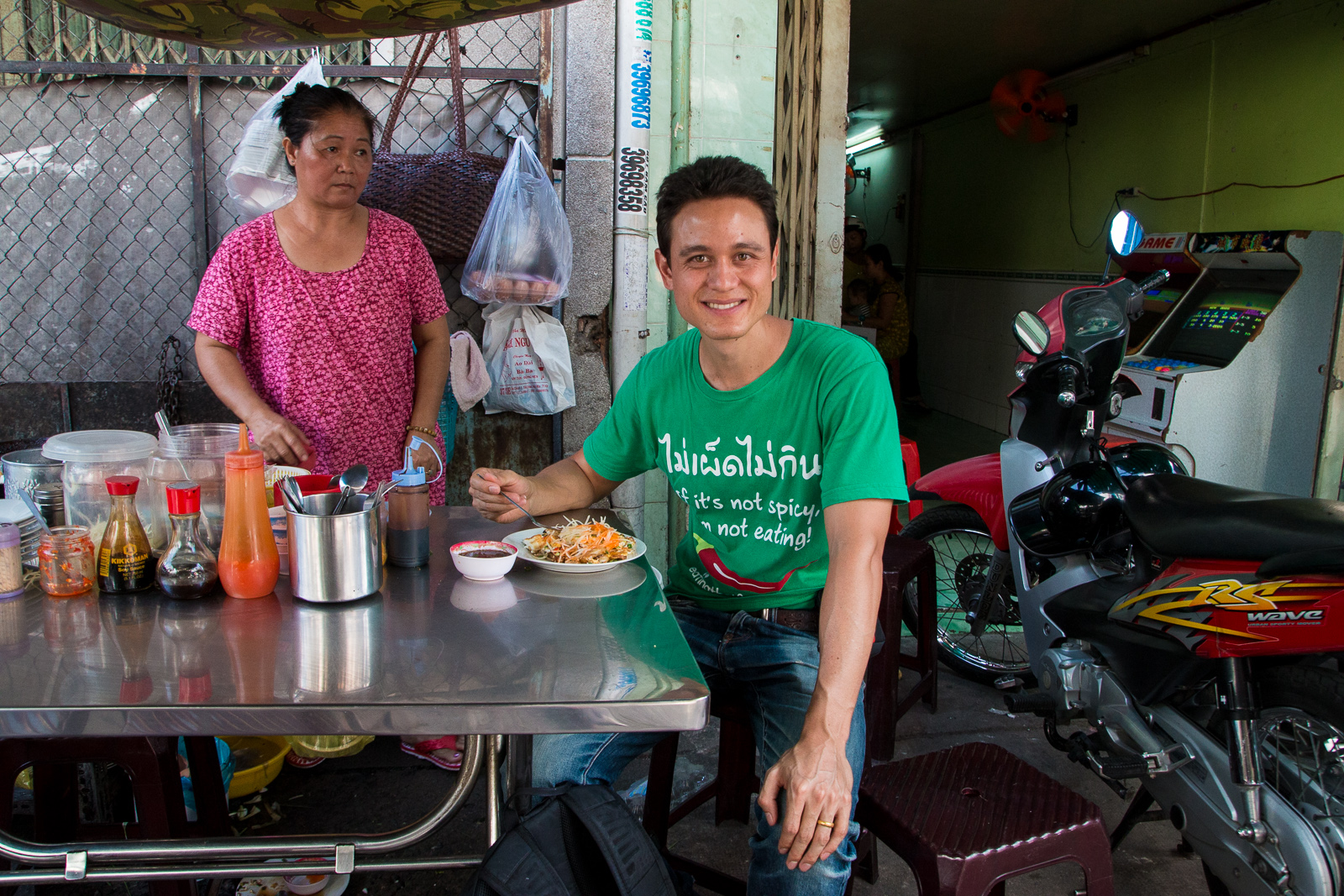 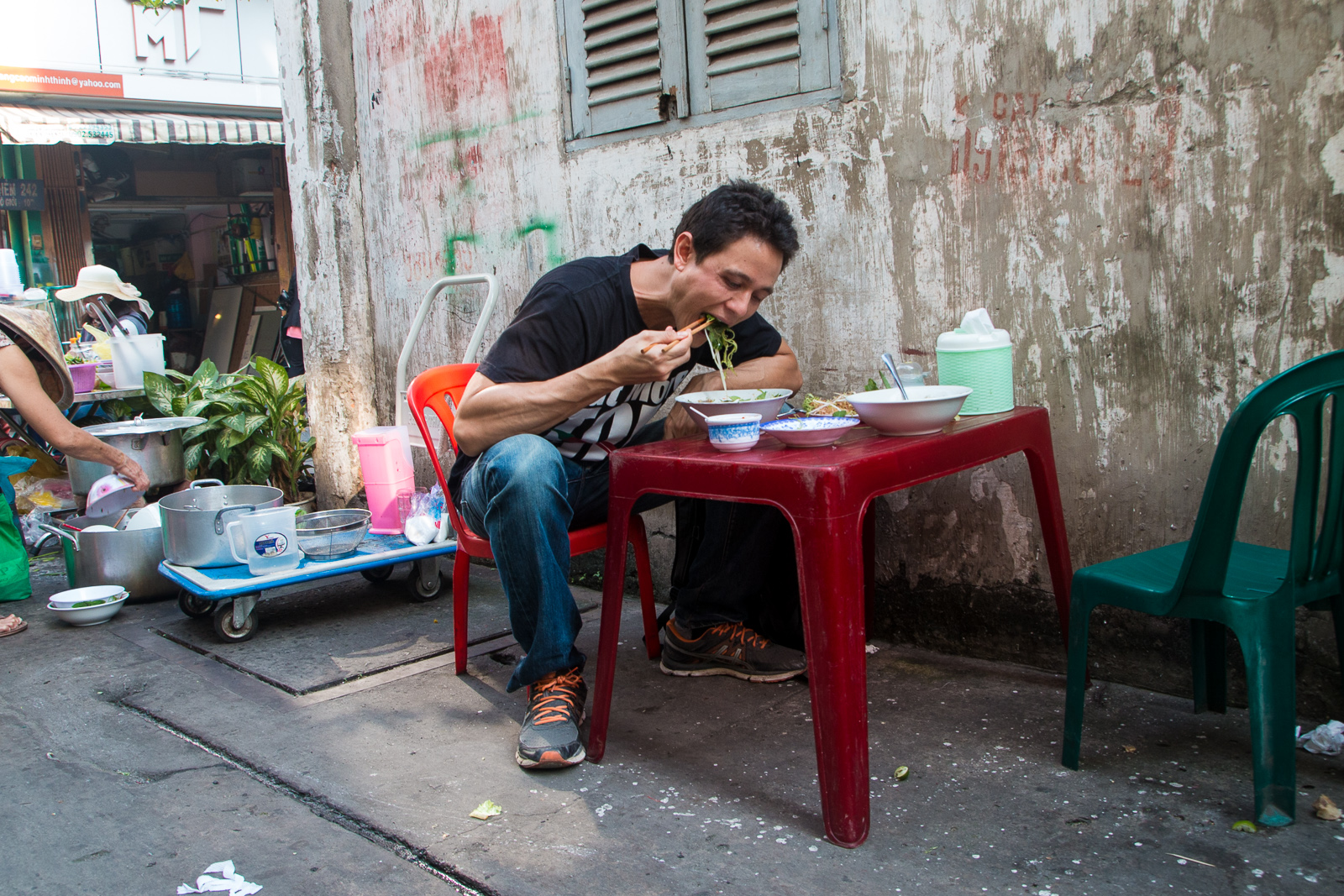