Le Thi Thuy Tien, a real estate broker in Danang told the VIR that she has been constantly receiving orders from business partners to sell small- and medium-sized hotels.

“Since mid-2020, I have received many orders for hotels and condotels but there have not been any transactions finalised yet. Currently, investors show an appetite for land plots and apartments, but are not so keen on hotel investments,” Tien said.

Tran Thien Thanh, the owner of a small hotel in the city’s Son Tra district, shared that in 2017 he and his sister splashed out nearly VND90 billion ($3.9 million) into building the 50-room facility.

Booming tourism growth at that time had led to an investment fever resulting in the building of many tourism residences in the city. During 2017-2019, the city’s room occupancy often surpassed 90 per cent at peak times and exceeded 50 per cent during off-peak periods. The tourism sector’s revenue during the period could not only ensure stable hotel operations but also sufficiently cover bank interest and more.

Since the emergence of COVID-19, due to a sharp plunge in the number of visitors as well as revenue streams, Thanh is seeking a business partner to transfer his hotel.

“Previously, each day we received 20-25 visitors on average. From last year up to now, our hotel only has a few customers, so that we had to temporarily close the hotel and save costs. But the pressure to pay back loans is huge,” said Thanh, adding that long-term closures might result in a quick depreciation of the material base, making it even harder to find a buyer.

A new wave of selling out hotels and tourism accommodations commenced from mid-June in Danang when the health crisis broke out again in the country. On-sale residences were mostly hotels below the 3-star grade, concentrated along coastal ring roads like Ha Bong, Duong Dinh Nghe, Phan Ton, and An Thuong which were built during the 2017-2018 tourism boom in Danang.

According to Le Dung, business director at the privately-held Thien Thai Hotel and Tourism JSC, most hotels on sale were built amid the coastal real estate boom, resulting in inflated costs.

“The initial cost of hotels below the 3-star rating built during 2017-2018 was very high due to inflated land values at that time. Lost business efficiency due to the current health crisis has exacerbated investor difficulties,” said Dung.

Meanwhile, Nguyen Duc Quynh, deputy general director at Bac My An Resort JSC assumed that the pandemic, on one hand, has cast adverse impacts on market development. On the other hand, it brings the opportunity to restructure the scale of tourism residences, making them more professional and diversified.

Echoing this mindset, Cao Tri Dung, chairman of the Danang Tourism Association, said that now is the perfect time to screen and restructure the segment of tourism residences.

Dung recommends the owners of tourism accommodations to change the function of residences or transfer their property to new owners with financial wealth who have a specific customer base to diversify customer groups, as well as improve service quality and corporate governance.

“The government is striving to carry out vaccinations for all people in the forthcoming time. This is a good sign for the local tourism industry as a rebound of travel demand would facilitate hotel business revival,” Dung said.

According to a recent report by Danang People’s Committee, more than 250,000 visitor arrivals used tourism residences in the city in January 2021, down 65.6 per cent on-year. 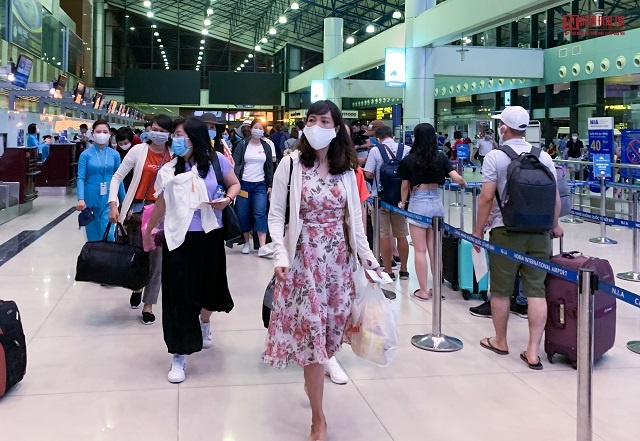