September 09, 2021 | 15:00 (0) user say
Tweet Email Print
Although the Vietnamese rice industry has set itself an ambitious export target for 2021, domestic rice farmers and suppliers remain cautious amid the ongoing health crisis and complications in international trade.

The Vietnam Food Association (VFA) expects to export up to 6.2 million tonnes of rice this year. However, pressure has accumulated this year as Vietnam’s rice exports in the first seven months only reached about 3.5 million tonnes, down 12.7 per cent over the same period in 2020.

Vietnam’s rice exports are shifting to higher-value varieties, while accepting a partial reduction in export volume. In 2020, the nation exported 6.15 million tonnes of rice, reaching a turnover of over $3 billion, down 3.5 per cent in volume and up 9.3 per cent in value compared to 2019.

“Vietnam is already a major rice production centre of the world,” said Hoang Trong Thuy, an agricultural researcher in Vietnam.

Nevertheless, Vietnam’s 2021 target for rice exports may not be reached, as the pandemic and other difficulties in overseas markets are threatening this goal.

Data from the Ministry of Agriculture and Rural Development (MARD) showed that rice prices increased in the first seven months of 2021, albeit with limited supplies due to the ongoing health crisis.

“The local anti-pandemic measures have led to a fundamental change in the management of rice production,” Thuy explained.

Thuy, who has conducted more than 40 years of research in agriculture, said that before the pandemic, rice farmers were insecure about this year’s summer-autumn crop, due to the higher price of fertilisers. And now, there are many signs of them focusing on the autumn-winter crop.

The pressure has been obvious in many of the industry’s recent video conferences, reflecting the growing concern of state management agencies that aim to ensure rice exports keep up to maintain Vietnam’s second position in the world market.

However, the rice supply chain is fragmented, with weakened production and less confidence on the side of the purchasing enterprises. These shortcomings may even exacerbate the internal problems of Vietnam’s agricultural sector and weigh on its growth.

The supply of rice from Vietnam to the world market is showing signs of decline, mostly because of delayed transportation and global food hoarding. Data from the MARD showed that rice exports to Malaysia have plummeted by nearly 60 per cent in volume and more than 50 per cent in value.

Meanwhile, exports to the Philippines continued on the previous downward trend. In the first seven months, exports to this market decreased by 15 per cent (1.27 million tonnes) compared to the same period last year.

The Philippines is the leading market for imported rice from Vietnam. But as that nation’s president ordered temporarily adjusting the import tax rate for rice since May, the numbers have been declining. The adjustment of the rice import tax to 35 per cent helps the Philippines to secure a stable rice supply amid the pandemic. The country is expected to import about 1.69 million tonnes of the grains this year, according to its Department of Agriculture.

The president’s ordinance is valid for one year, causing Vietnamese rice exporters to lose their advantage, while other countries like India and Pakistan – the strongest competitors to Vietnam – profit from this ordinance.

In Vietnam, the re-emergence of COVID-19 caused huge changes in rice production and trading, stemming from concerns of many businesses about slowed down exports and plummeting prices. Data from the VFA showed that the export price of Vietnam’s broken rice fell to $385 per tonne in the trading session on August 19, down $83 compared to the beginning of July, and the lowest level since February 2020.

Trung An High-Tech Agriculture JSC was expected to resume exports to South Korea on August 16, according to a directive of the prime minister. Pham Thai Binh, general director of Trung An, said that the company had to change this plan because the southern provinces continued to implement social distancing. The total amount of Trung An’s rice to be delivered is more than 22,000 tonnes, but the company will have to renegotiate the delivery time and carefully calculate new orders.

Binh realised that Vietnam’s rice exports are being affected by the large imports of Indian rice. Vietnam has become India’s eighth-largest rice importer. India’s rice exports to Vietnam reached nearly 247,000 tonnes in the first three months of 2021, an increase of more than 325 per cent over the same period in 2020, according to India’s Ministry of Trade and Industry.

Binh said that Vietnam is “allowing rampant rice imports”, though the country annually produces over 43 million tonnes of rice itself, with 6-7 million tonnes reserved for exports. In most trade agreement negotiations, Vietnam tries to ask countries to increase rice imports. During the 10 years of negotiating the deal with the European Union, the bloc has given Vietnam a quota of 80,000 tonnes of rice.

The benefits of the ASEAN-India Free Trade Area explain India’s increasing rice exports to Vietnam. According to the special preferential import tariff of the agreement, various sorts of broken rice imported from India enjoy zero tariffs. Because a tonne of Vietnamese rice is about $100 more expensive than Indian rice, difficulties with origin fraud are on the horizon.

According to Tung, in August and September, Vietnam has the highest commercial rice production. But so far, only about 600,000 hectares of the summer-autumn crop have been harvested. Some localities have started sowing the autumn-winter crop already, but as the price of rice has decreased, and harvesting and processing remain difficult, some farmers are hesitant to start with the new crop.

Tung hopes that the measures to support businesses and farmers to overcome the current difficulties are soon deployed, which would contribute to ensuring this year’s rice export target of the country. 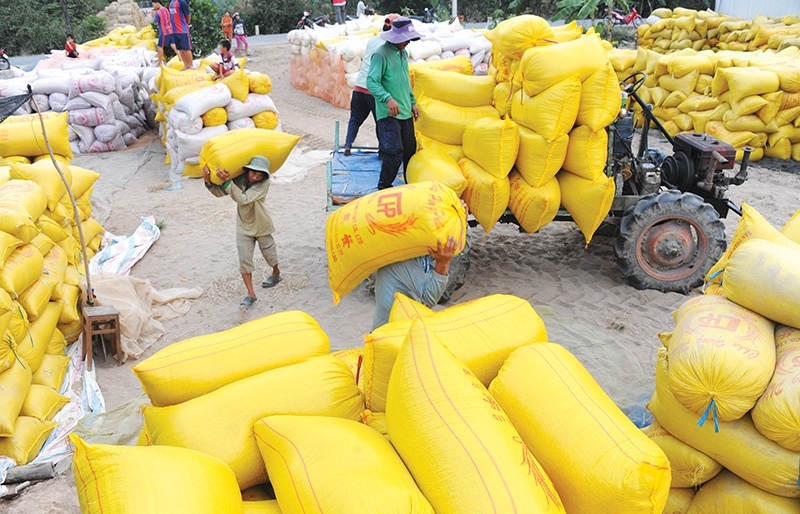 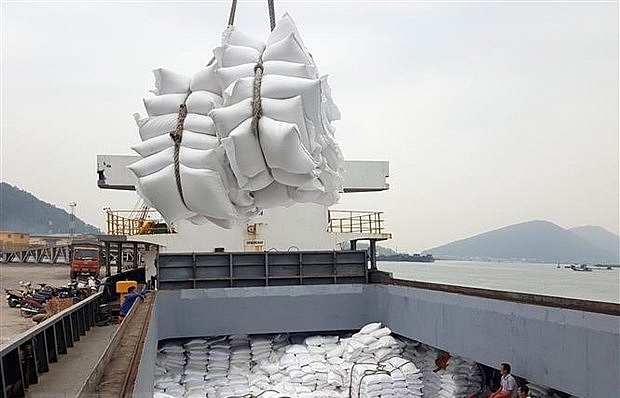 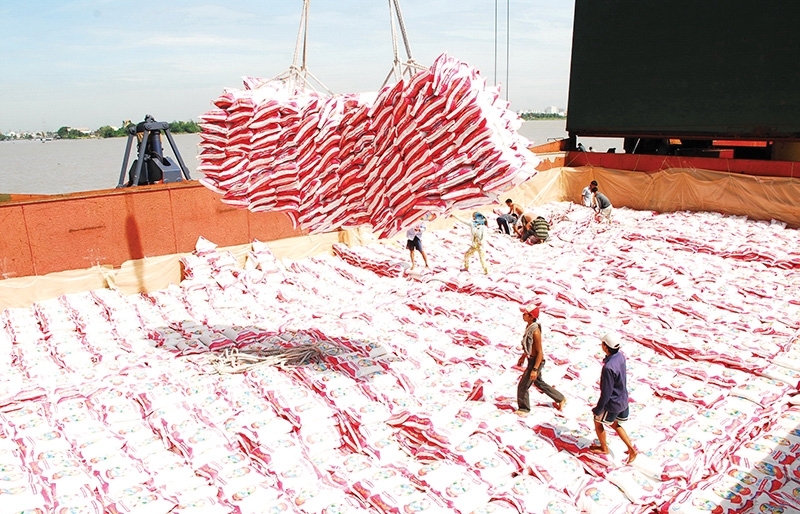 Rice stocks not a cause for concern