Sponsorship of a centre which feeds and supports elderly people in northern Hai Duong province is one of Silkroad Hanoi’s practical corporate social responsibility (CSR) activities in Vietnam.

Founded in 2000, the centre is a common home to unfortunate people—a group that includes the lonely elderly and abandoned children, as well as the victims of human trafficking, forced labour or sexual exploitation.

Most of the elderly fed at the centre have no relatives that care for them and were brought there due to multiple reasons.

“My whole family joined the revolution during the French war time and they were all killed. Without shelter I was brought here. The centre people treat us as their family members,” explained Vu Thi Tiep, who has lived at the centre since its early days.

During a recent trip to the centre, Silkroad Hanoi volunteers brought a variety of gifts ranging from sweets, rice, woollen clothing, hats and simple things like thermometers. The gifts were simple but significant to people who have endured both emotional and material deprivation, especially during these chilly winter days. 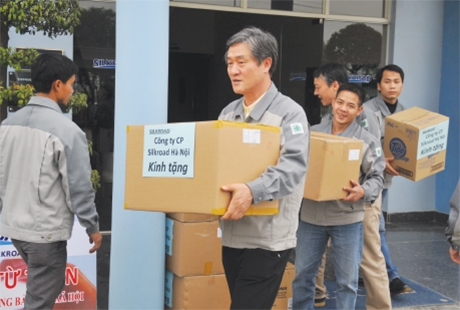 “The centre is home to disadvantaged people. Although they get active support from diverse government agencies,  these people still face shortages both materially and spiritually,” said centre’s director Vu Hong Quan. “ The gifts like these would make them happy and help them hold more positive attitudes towards life.”

The babies lacked so much. Disposable diapers, designed for one use only, were washed to be used several times. Their meager blankets were donated by centre employees.

This was another reason Silkroad Hanoi decided to adopt the project. “We chose to support Hai Duong centre for nurturing and sponsoring the elderly because we wanted to alleviate the hardships facing elderly people and homeless kids,” said Lee Chong Won, Silkroad Hanoi’s general director. “We are always happy to help the venues in urgent need of support from community and society like this.”

In 2011, Silkroad Hanoi teamed up with the Embassy of the Republic of Korea to Vietnam and Korea Trade-Investment Promotion Agency (KOTRA) to host a public performance ‘In companion with Vietnamese friends’.

The VND500 million ($24,000) raised from the performance was later donated to support 80 orphaned or needy pupils and students with stellar academic records.

Silkroad Vietnam JSC set a foothold in Vietnam in December 2007.  Its production kicked off from April 2008 which was also the time the company began practical CSR activities in Vietnam.

“Silkroad Hanoi was set up and operating in Vietnamese territory, so we want to contribute to social well-being in the country,” Lee said. “This also helps tighten our two countries’ relationships. As a foreign invested business, we look forward to making more contributions to Vietnam’s development although our current contributions still remain minor.”

Silkroad Hanoi JSC, part of Silkroad C&T a leading concrete admixture producer and trader in the Republic of Korea, places its factory at Dai An Industrial Park in northern Hai Duong province. 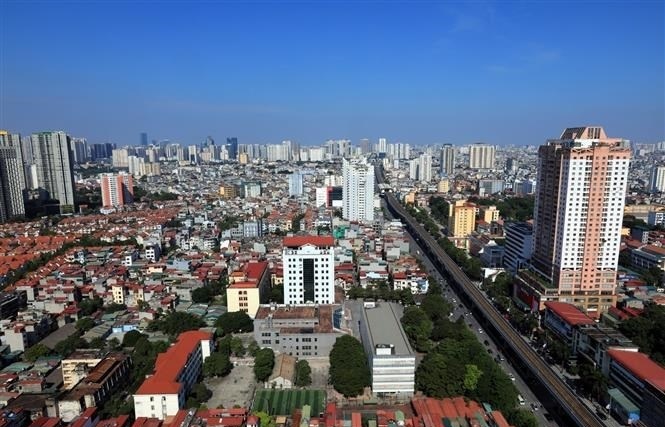