Eyes will rush to the deepened ties between Vietnam and Russia this week with State President Nguyen Xuan Phuc’s official visit to Russia following a trip to Switzerland.

This Russia visit is expected to help widen both nations’ trade and investment ties. In September, President Phuc and Russian President Vladimir Putin held an online talk, agreeing that both countries will soon further facilitate bilateral investment and trade flows, expand cooperation, and boost the implementation of important projects in key sectors such as energy, oil and gas, and defence and security, thanks to the implementation of the free trade agreement (FTA) between the Eurasian Economic Union (EAEU) and Vietnam.

To swell such ties, Vietnam and Russia earlier inked a raft of deals, with a focus on facilitating energy cooperation, and the latter to help the former to build a major nuclear research and technology centre.

At the 23rd Russian-Vietnamese Intergovernmental Commission held in late October to prepare for the Vietnamese president’s visit to Russia, Deputy Prime Minister Le Van Thanh said, “The Vietnamese attach great importance to the comprehensive partnership with the Russian Federation. We are ready to promote further cooperation in various areas, including in science and technology, and trade.”

Russian Deputy Prime Minister Dmitry Chernyshenko also stated, “Trade, economic, scientific, technological, military-technical, and humanitarian cooperation has been developing apace. Earlier this year, we marked the fifth anniversary of the coming into force of the FTA between the EAEU and Vietnam. This is an important landmark that calls for a thorough analysis of the results achieved in mutual trade between Russia and Vietnam. Investment collaboration is in progress. Russia is implementing investment projects in Vietnam, while its Vietnamese partners are actively investing in the Russian market.”

Russia has enlisted Vietnam’s support for implementing joint projects in energy, industry, and agriculture. The sides agreed on the early completion of all domestic procedures related to the construction of the Centre of Nuclear Science and Technology in Vietnam so as to sign a contract on drafting a feasibility study in early 2022. Russia’s Rosatom Group and Vietnam’s Ministry of Science and Technology previously clinched an MoU on this $350 million project, which will be equipped with Russian-designed research reactors, a multipurpose cyclotron, as well as research laboratories, an engineering complex, equipment, and infrastructure to ensure the safe operation of the centre.

Vietnam and Russia have also cemented their joint efforts to fight the pandemic. Russia reaffirmed its readiness for prompt and large-scale priority deliveries of the Sputnik Light vaccine to Vietnam after the latter registered the medication. A reserve of eight million doses of the vaccine has already been set aside. At the same time, agreements have been reached on the supply of more than 60 million doses of Sputnik V and Sputnik Light to the country.

Russia’s Mir card has also been introduced successfully into Vietnam’s payments system. Currently, nearly 40 per cent of its relevant infrastructure accepts the Mir cards, but there are plans to increase this figure to 80 per cent by the spring of 2022. This will make it easier and more comfortable for Russian tourists to stay in Vietnam.

At present, Vietnam and the Russian Direct Investment Fund are seeking measures to increase cooperation, including the fund’s plan to promote and support direct investment between the two countries, and also with third nations.

Such investment aims to cash in on benefits from the FTA between the EAEU and Vietnam which became valid in 2016, and helps expand the two countries’ trade and investment ties. The union includes Armenia, Belarus, Kazakhstan, Russia, and Kyrgyzstan.

The Russian Direct Investment Fund is Russia’s $10 billion sovereign wealth fund established in 2011 by the government to make investments in leading companies in high-growth sectors of the Russian economy.

According to a priority list for jointly-implemented Vietnam-Russia projects, there are 17 projects that have been adopted by both countries. They will be developed in the areas of oil and gas, transport, agriculture, electricity, construction, industry, and high technology.

Vietnam and Russia are working out a specific roadmap for the implementation of these projects. Notably, both countries will this week commit to furthering their energy cooperation as one of the major partnership pillars.

Moreover, Vietnam and Russia have also vowed to continue cementing oil and gas cooperation, with businesses of both nations enabled to explore and exploit oil and gas in their respective territories. They also committed to consolidating ties to other lucrative sectors such as LNG and gas power.

In the energy sector, Russian companies have been operating in Vietnam effectively for a long time. About 30 per cent of crude oil and about 25 per cent of gas exploited in Vietnam are exploited by firms involving Russian investment, such as Zarubezhneft, Rosneft, and also Gazprom.

“We are planning to increase investments in the gas sector. The first steps were taken by the company in Vietnam, in line with the country’s development trends, where Zarubezhneft is forming a gas cluster based on existing assets,” said Sergey Kudryashov, general director of Zarubezhneft. “The company entered a large pipeline consortium and acquired several blocks in Vietnam and Indonesia. Similarly, in the area of renewable energy sources, there is a synergy with existing assets. We are moving in this direction together with our Vietnamese and European partners.”

According to figures from the Vietnamese Ministry of Planning and Investment, currently, Russia has 149 valid investment projects in Vietnam, registered at $953.7 million. Russian projects are implemented in the sectors of oil and gas, manufacturing, mineral exploitation, transport, telecommunications, and fisheries.

Statistics from Vietnam’s Ministry of Foreign Affairs showed that the Vietnam-Russia bilateral trade turnover hit $5.85 billion last year, up 9 per cent on-year. Turnover from Vietnamese exports was $2.85 billion and imports was $2 billion.

Turnover in the first nine months of 2021 reached $3.6 billion, up 5 per cent on-year. Vietnam’s key exports to Russia include mobile phones, electronics, garments and textiles, and agro-forestry-fishery products. Vietnam’s imports from Russia include coal, wheat, steel, fertiliser, automobiles, and machinery.

According to the Vietnamese Embassy to Russia, the expansion in investment and trade ties between Vietnam and Russia is largely thanks to FTA between the EAEU and Vietnam. Under the deal, Vietnam has committed to open the market for about 90 per cent of total tariff lines within a 10-year tariff reduction schedule. Tariff elimination for products on the priority list of the EAEU at entry into force include agricultural commodities such as beef, dairy products, and wheat flour; after 3-5 years processed meat and fish, electrical machinery, and machinery used for agriculture will be added; pork and chicken after 5 years; and alcoholic beverages and cars after 10 years. For some special products, tariff elimination will be no earlier than 2027 for petroleum, and no longer than 10 years for iron and steel. 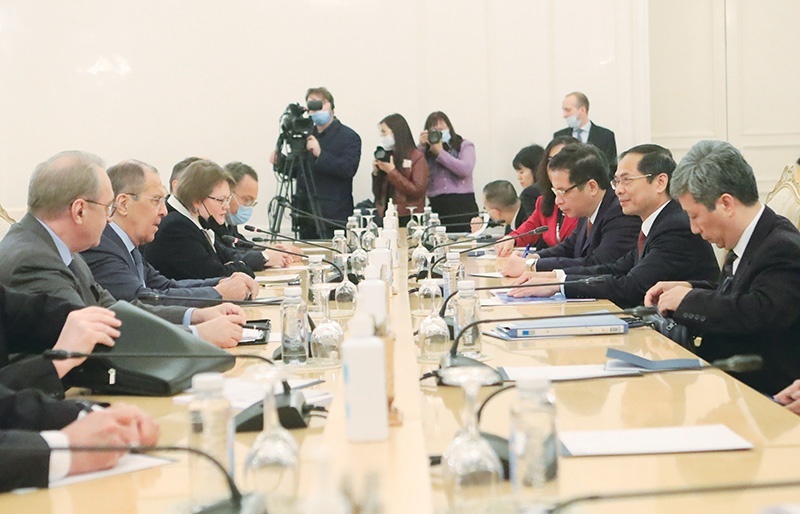 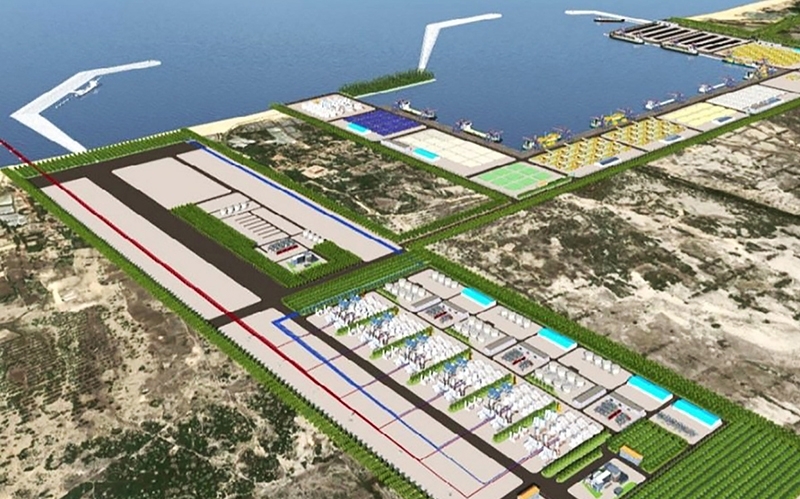