July 08, 2020 | 12:10
Tweet Email Print
As thousands of jobs are cut to deal with lower orders following the coronavirus pandemic, both manufacturers and workers are finding ways to survive the tough time.

PouYuen Vietnam Co., Ltd., the Taiwanese footwear company that is the largest foreign employer in Ho Chi Minh City, said last Thursday that it would furlough 6,000 workers until at least July 31. These workers will earn VND4.42 million ($190) per month until the global demand picks up again. This follows the previous termination of contracts for nearly 3,000 other workers in the middle of June.

Established in 1996, PouYuen employs over 60,000 staff in Ho Chi Minh City alone. The COVID-19 pandemic has caused orders, mainly from the United States and Europe, to plummet.

Cu Phat Nghiep, trade union chairman at PouYuen Vietnam Co., Ltd., said that PouYuen was planning to cut many more thousands of jobs due to shrinking orders for the second and third quarters of this year. In the fourth quarter, the company has yet to receive any new orders. Thus, layoffs are deemed necessary as a consequence of the shortfalls the company is predicting. The furloughs will be phased in a three-month roadmap from June 20 into August.

The coronavirus crisis is also shaking up other shoemakers like Hue Phong Leather Shoes Company Ltd. and Chi Hung Company Ltd., which have launched mass layoffs of its workers.

Diep Thanh Kiet, deputy chairman of the Vietnam Leather, Footwear and Handbag Association (Lefaso) said that many businesses specialising in footwear outsourcing and manufacturing have been damaged. Cutting down a large influx of workers is seen as a last resort with new orders being limited.

“Many footwear producers are struggling to maintain operations. As of present, there are very few orders from the two main markets of Europe and US, which has dragged these producers into jam. Notably, these markets occupied 65 per cent of Vietnam’s footwear export turnover last year,” Kiet said.

According to the International Labour Organization, mass layoffs have impacted Vietnam’s economy heavily, especially the 13 million informal workers who are not entitled to basic welfare.

Nguyen Thi Tinh, a 31-year-old worker, is now taking care of her ill daughter on her own. She said, “It’s been six years since I started working for PouYuen. When hearing that the company was cutting down its workforce, I was extremely upset because my name was then listed. Eventually, I only received an amount of VND34 million ($1,450) as my unemployment allowance, which can barely help me and my daughter make ends meet over the next few months.”

She further noted, “I will not dare to spend the wage except for on accommodation and routine expenditure. I must apply for a new job in the near future, and I hope the day will come soon.”

Meanwhile, 45-year-old Hoang Thi Lien counts herself fortunate to have ultimately had such a full unemployment allowance from PouYuen. “I have worked for PouYuen almost 18 years. I feel quite pleased because I got substantial earnings from the company after a long time working here. With the amount of about VND200 million ($8,600), I will run a small business on my own in my hometown, perhaps a modest beverage shop,” she said.

According to a report from Adecco Vietnam, 58 per cent of companies have chosen to freeze all new hires to mitigate the risks, generating a dramatic unemployment rate. The cancellation of recruitment activities is more critical at large business level (75 per cent) compared to small- and medium sized ones (roughly 50-56 per cent).

However, on a brighter note, some sectors such as industrial product lines, agriculture, and chemicals managed to recruit 10-20 per cent more sales positions. Technology, healthcare, and consumer goods companies also showed increasing needs of around 10-15 per cent in hiring sales and technical professionals. 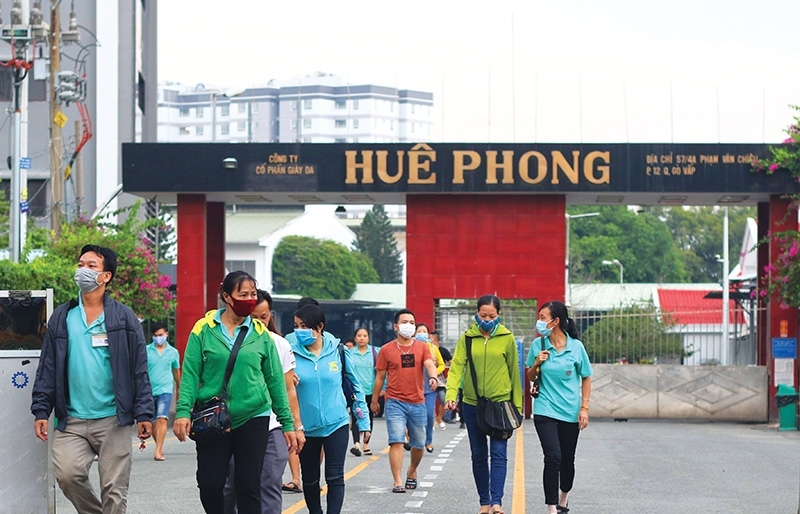 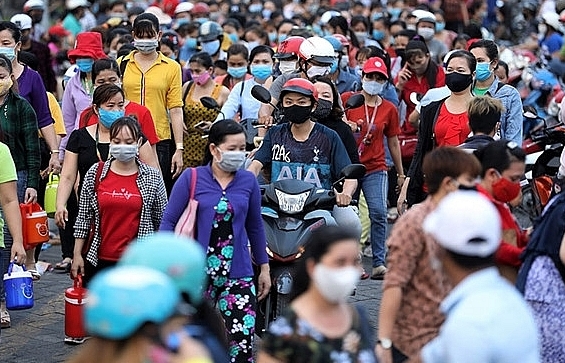