March 04, 2022 | 09:00
Tweet Email Print
Amid increasingly expensive rates for road transport, Vietnam’s inland waterways offer a cost-effective alternative that could further be fuelled with the right approach, furthering the nation’s approach for a comprehensive seaport ecosystem.

The Vinh Phuc ICD, which is believed to bring Vietnam closer to its goal of becoming a regional supply chain hub, will cost roughly $200 million.

The port is said to have geographical advantages through its proximity to around 20 industrial zones (IZs) and domestic ports, Noi Bai international airport, and border gates with China and Laos.

These factors allow the Vinh Phuc ICD to serve as the supply chain service centre of domestic enterprises in the northern provinces, promising to handle about 10 per cent of their total volume of containerised goods.

T&T and YCH’s investments are driven by the design of the International Finance Corporation (IFC). In the next 12 months, IFC will present the design of Vinh Phuc ICD, with international social and environmental standards, ensuring the ability to attract funding from foreign investors.

“These links will speed up the progress and put the project into operation sooner, contributing to reducing the cost of logistics services in Vietnam, which is currently accounting for 21 per cent of GDP, compared with less than 10 per cent in more developed markets elsewhere,” Hien added.

Up to now, the Ministry of Transport has licensed 10 inland ports in the north and south of the country. The central region has no ICD currently in the works.

The logistics industry is in a profound transformation as Vietnam needs more modern and large-scale ICDs to ensure that export growth in the next year is always higher than in the previous year.

However, Tran Do Liem, president of the Vietnam Inland Waterways Administration, said, “ICD investments must be calculated very carefully. Also, when developing such a project of any size, location is the most crucial factor.”

According to Liem, an effective ICD must be located between the seaport and the source area, including production centres and IZs.

“The Mekong Delta region has three inland ports, but only Tan Cang’s ICDs operates effectively. Can Tho and Chau Thoi’s have not been able to develop because they are located too deep in the area and badly connected,” Liem explained.

Location is also determining the competitiveness of ICDs. For instance, Haiphong’s road connections do not bring as many business opportunities for ICDs as the railroad connection that them in Lao Cai and Tien Son can utilise or the river connection that Phuc Loc ICD boasts.

In those regions, many manufacturers import and export directly, without going through intermediate ports.

The southern key economic provinces are choosing a different approach. Most ICDs in there are attached to industrial zones and often just 20-70km from seaports, thus supporting these in transhipment of import and export goods by containers. For example, Cai Mep Port receives 80-85 per cent of its exported goods from ICDs through the connected river system.

“They are important in reducing transportation costs and staying ahead of schedule at seaports in Vietnam,” Liem commented.

According to the master plan on the development of Vietnam’s seaport system in the next 10 years, the inland port system will be formed in most of the provinces and cities in the country, especially those located along international routes and key economic corridors.

Le Duy Hiep, chairman of the Vietnam Association of Logistics Service Enterprises said, “While developing a system of inland ports, a change in thinking about connectivity is necessary. In addition to financial and resource investments, a more suitable interconnected network of roads, railway, and waterways must be planned.”

Thus, most likely, T&T did not randomly choose a partner from Singapore to develop Vinh Phuc ICD. 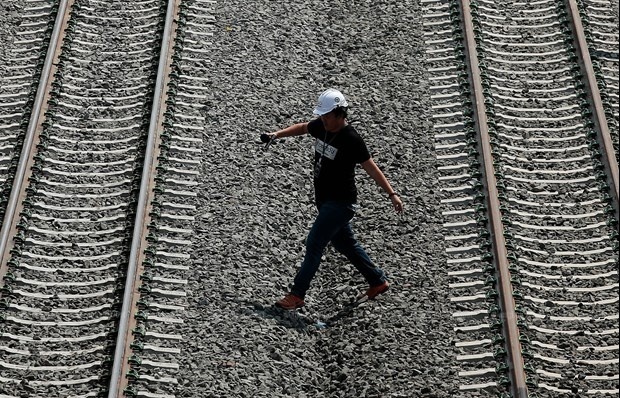