October 14, 2021 | 10:23 (0) user say
Tweet Email Print
The Vietnamese government is doing its utmost to prevent illegal, unreported, and unregulated fishing practices, helped along by moves in Europe to remove warnings on the country’s activities.

The European Commission (EC) has scheduled an online meeting for October 27 to discuss the removal of a so-called “yellow card” for Vietnam, stated Nguyen Quang Hung, deputy director of the Directorate of Fisheries on October 5.

Hung said that the leaders of the 28 coastal provinces have committed to the prime minister to stop fishing vessels from violating foreign waters.

Four years have passed since the EC imposed the yellow card on Vietnamese seafood, and warned it would ban its seafood imports entirely if the country fails to counter illegal, unreported, and unregulated (IUU) fishing practices.

“Stop these violations by the end of this year,” said Prime Minister Pham Minh Chinh, setting a deadline for localities. Vietnamese seafood could otherwise suffer from a red card from Europe if the sector does not improve on such practices, the PM warned.

With the uncertainty, An Giang Seafood Import-Export JSC has already lost some of its business opportunities, despite the increasing demand for basa in the European market. Nguyen Van Ky, director of An Giang Seafood, said that the company is short of raw materials and does not have enough capital to buy these from outside.

An Giang now has to explain discrepancies in its financial data to the State Securities Commission as its previously stated losses of $387,000 have now climbed to over $965,000 after the latest audit.

Exports in August reflect the impact of the pandemic on the seafood industry, as turnover decreased nearly 28 per cent compared to the same period last year. Exports to the EU decreased by 32 per cent, especially to Germany (down 42 per cent) and the Netherlands (down nearly 50 per cent).

In the first half of this year, the seafood demand in the EU gradually recovered, but was not strong enough, especially for basa. Data from the Ministry of Industry and Trade (MoIT) showed that basa exports to the EU in the first half of this year decreased by 12.2 per cent in volume and 16.8 per cent in value over the same period last year. With such a decline, the EU market only accounts for 7.4 per cent of Vietnam’s total basa export turnover.

Many other businesses are accepting these losses to maintain the market. The price of raw basa sold at farmers’ ponds has increased sharply since May, currently standing at around 95 US cents per kilogramme, an increase of 15 US cents over the same period last year. However, the price of exported basa to the EU in the first half of 2021 amounted to $2.35 per kg, equivalent to 2020.

The government is trying to implement necessary support measures, creating conditions for businesses to reconnect supply chains and gradually restore production from October, when the demand for seafood exports to the EU often increases.

However, the current risk of sanctions by the EC for IUU could void all the government’s efforts.

The corresponding set of rules to prevent, deter, and eliminate IUU entered into force in 2010. The current yellow card represents a warning not accompanied by sanctions. Rescinding the card will only occur if all issues are resolved. In contrast, a red card would mean a series of sanctions, including a trade ban on that country’s fishery products.

IUU covers fishing without authorisation, against conservation measures, without proper reporting, an while jeopardising fish stocks, as well as if the fishing vessel has no nationality, among others.

Vietnam could face losing about “$480 million per year in seafood exports to the EU market if it is penalised,” stated a report on the possible economic impact by the Vietnam Association of Seafood Exporters and Producers (VASEP) and the World Bank in August.

After the EU applied the yellow card, the report noted that Vietnam’s seafood exports to this market decreased by $183.5 million. As a result, the EU has fallen from being the second-largest seafood export market of Vietnam to fourth after the United States, Japan, and China.

The VASEP report states that Vietnam – along with nations such as China, Russia, Mexico, and Indonesia – have exported IUU fishery products to the US market, accounting for about 7 per cent of total seafood import value.

Since 2012, the EC have dished out warnings to 21 countries and applied them to six countries. Up to now, three countries have removed their red card status, and another 14 countries could remedy the issues leading to a yellow card, including Thailand and the Philippines.

For four years, the government of Thailand has applied the model of South Korea, setting up a monitoring centre and reviewing the entire operation of fisheries. That government also encourages seafood exporters to focus on traceability and contributing to removing Thai seafood from the EC’s warning list.

If Vietnam can remove the yellow card, VASEP estimates that its can earn up to $1.4 billion from seafood exports to the EU, largely thanks to the trade agreement between both partners.

Fisheries currently play an important role in Vietnam’s economy, accounting for 4 per cent of the country’s exports and creating about 4.7 million jobs for Vietnamese people.

The determination of the government is to gradually reduce the number of fishing vessels violating IUU regulations and resolve this situation in 2022 to remove the EC’s yellow card. 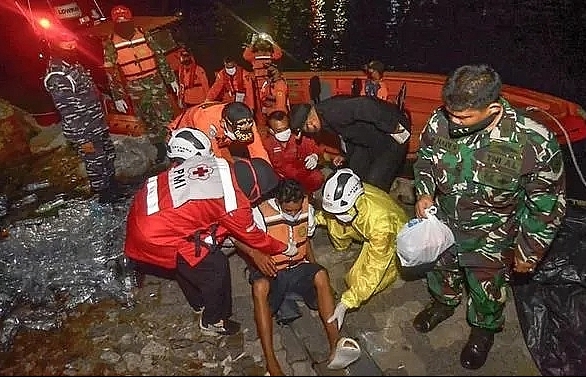 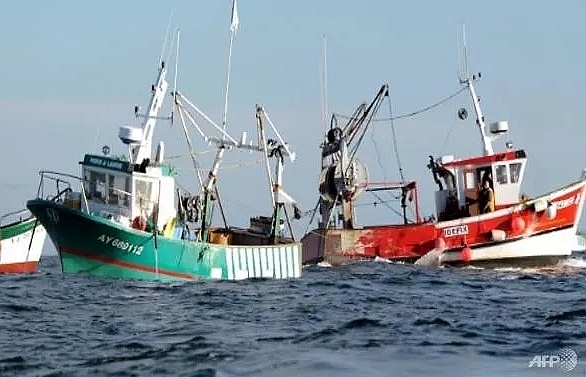 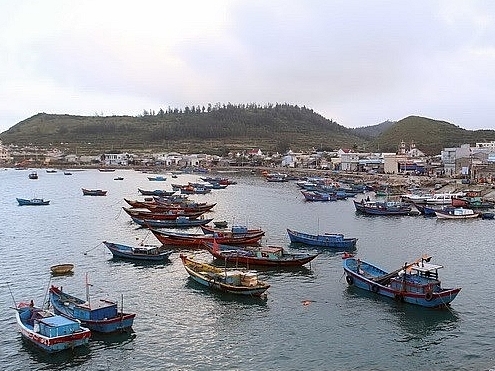