March 26, 2013 | 10:52
Tweet Email Print
Foreign direct investment inflows during the past 25 years have played an integral part in Vietnam’s journey into the global economy. 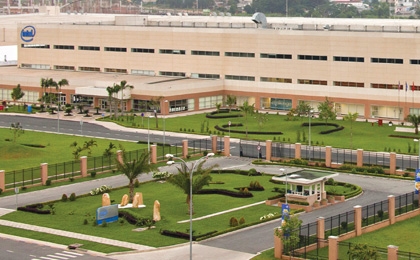 In 1988, Hong Kong’s Hochimex Limited cooperated with a Vietnamese partner to establish a joint venture named Vicarrent which provided tourism taxi services in southern Ba Ria-Vung Tau province’s Vung Tau city. This was just a small company with the registered capital of VND2.7 billion, or $130,000 at current exchange rate.

While there may not appear to be anything significant about this,  Vicarrent was a very important milestone for Vietnam as it was the first foreign direct investment (FDI) project in the country.

Since Hochimex Limited received the investment licence to do business in Vietnam, more than 14,716 FDI projects were licenced in the country with the total registered investment capital of $214.4 billion by March 20, 2013.

Nguyen Mai, former vice chairman of State Committee for Cooperation and Investment, now known as the Ministry of Planning and Investment (MPI), said the first FDI projects in Vietnam left a tiny footprint on the country’s economy and this became bigger and bigger year-by-year.

MPI statistics showed that the FDI sector in 1992 contributed just 2 per cent to Vietnam’s gross domestic product, but this proportion rose to 18.97 per cent in 2011. Last year, FDI accounted for 25 per cent of the nation’s total investment capital. Meanwhile, foreign invested enterprises contributed 64 per cent of the country’s export turnover and created more than two million jobs.

Before Vietnam opened its economy in 1986, it followed a centrally-planned economy, in which everything was manufactured under fixed plans, goods were distributed by the state and private business was outlawed. Because of this closed economy, Vietnam had a few global business partners. But things have changed dramatically.

In January, just 20 days after Japanese Prime Minister Shinzo Abe, for the second time, took this position, he paid a four-day official visit to Vietnam to strengthen bilateral strategic cooperation between the two countries. It was his first diplomatic visit since he returned as Japanese prime minister.

“Japan and Vietnam have been cultivating good relations for decades and I believe this historical visit opens a new era for two countries,” he added.

Vietnam is now one of the most important investment destinations for Japanese companies. More than 1,800 Japanese companies have been doing business in Vietnam and this number will continue increasing in the future as more than two-thirds of the surveyed Japanese firms said they had planned to expand investments in Vietnam in the next two years, according to a Japan External Trade Organisation survey.

Not only Japan, the United States is trying to enhance economic relationship with Vietnam as more US’ companies plan to expand their footholds in this Asian developing economy.

US’ Under Secretary of Commerce for International Trade at the Department of Commerce Francisco J. Sánchez in October 2012 led a group of American companies to Vietnam to seek investment opportunities. Those companies include Black and Veatch, Honeywell, Shaw Group Inc, Westinghouse, Worley Parsons, Oshkosh, General Electrics and Overseas Private Investment Corporation.

Sánchez said the relationship between Vietnam and the US had turned over a new page, especially in terms of economic cooperation. “The companies with me in Vietnam underline this important cooperation,” he said.

Leaders from other developed countries such as Germany, Denmark and Spain accompanied by hundreds of businesses also visited Vietnam last year.

“It’s easy to see that there have been more visits of leaders of many countries to Vietnam in the recent years, that was rarely seen before 1986. We are playing a greater role in the global economy. The more FDI inflows increase in Vietnam, the more important we become in the global economy,” said Mai. In his view, this is the biggest benefit FDI brings to Vietnam.

China remains the largest recipient of FDI in the world, but for many investors Vietnam is important too. Many of them are implementing “China plus one” policy through increasing investments in Vietnam.

In the past, Vietnam mostly received FDI into light and labour-intensive industries using low technology, such as garment and textile and footwear and property. But now the country starts receiving a new wave of hi-tech manufacturing investments.

According to the Global Manufacturing Competitiveness Index released by Deloitte Touche Tohmatsu Limited and the US Council on Competitiveness, Vietnam will jump from its current 18th to 10th place, moving to the top 10 of the most competitive nation for global manufacturing in next five years.

The report is based on the responses of more than 550 senior manufacturing executives to a wide-ranging survey discussing the current business environment and global competitiveness in the manufacturing sector. This is the second time the index has been released and the first time Vietnam has been ranked as one of the most competitive nations for manufacturing.