February 21, 2020 | 08:00 (0) user say
Tweet Email Print
Vietnamese lenders and fintech groups are catching up with international peers on kick-starting the economy and promoting cashless transactions in the face of the coronavirus outbreak, but greater advancement always comes with new risks.

Fears of the coronavirus (COVID-19) epidemic are driving the demand for online payments, as going to crowded brick-and-mortar stores not only increases the risk of an infection but also involves using cash, which by itself contributes to spreading viruses.

According to researchers at Greifswald University Hospital in Germany, coronaviruses can live on surfaces for four to five days, but some could survive for up to nine days outside of the body at room temperature.

Therefore, the State Bank of Vietnam (SBV) and other local commercial banks recommend to switch to online transactions to minimise the risk of exposure to the currently wide-spreading virus.

Local banks are catching up with international peers in this regard, such as BIDV, VietinBank, VPBank or Nam A Bank, who are urging their clients to use their e-banking products. HDBank even offered its customers to make international transactions for pharmaceuticals and medical businesses free of charge.

Nguyen Thu Huong, deputy director at ABBank emphasised, “Cashless transactions would not only offer greater convenience for customers and businesses, but also offer a raft of other benefits such as hygiene.”

Promoting non-cash payments is a priority task for the Vietnamese government, with the ambition that cashless transactions exceed one third of all transactions nationwide in the coming months. Furthermore, the SBV announced that it would not remove the proposed cap for foreign ownership ratio of 49 per cent to fintech which are payment intermediaries.

Undoubtedly, foreign investors have played a large role in the growth and development of e-payments in the country, driving a huge amount of capital and cutting-edge technologies into fintech firms. However, e-payment solutions still show weaknesses and their application in daily life is still limited.

The sharp increase in online transactions during peak seasons, such as during this COVID-19 epidemic and before Lunar New Year, has caused some banking systems to be congested.

On the occasion of the holidays, an influx of customers conducted transactions online, but could not proceed because the system repeatedly reported errors. They were even sometimes unable to access the banking website or mobile apps.

Meanwhile, security is one of the major concerns for users since the potential for losses is huge once criminals are inside the financial trading system of a bank or a fintech application.

Last month, there were some unauthorised transfers and an unusually large amount of cash being withdrawn by some people taking advantage of Military Bank’s (MB) security loopholes. Despite the numerous anomalies in transactions being roughly estimated at hundreds of billion VND, MB inexplicably failed to immediately block or freeze those suspicious activities.

However, most of the victims are confused and handle such attacks slowly or unprofessionally, according to experts’ opinions.

Nguyen Trong Duong, deputy director general of the Authority of Information Security (AIS) under the Ministry of Information and Communications noted, “Vietnamese enterprises saw a 300-per-cent increase in data breaches in 2019 compared to the previous year.”

Statistics of the Vietnam Cybersecurity Emergency Response Teams revealed that the first nine months of 2019 witnessed 3,493 assaults aimed at the information systems in Vietnam, an increase of 104 per cent on-year.

“Nearly half (49.4 per cent) of financial institutions facilitate a specialised unit of ensuring the information security, while only 9.2 per cent could build their security monitoring system,” Duong added.

Particularly, only 25 per cent of financial institutions are able to record these attacks, which means the rest are likely to be attacked without even knowing it.

In addition, mobile phones are considered particularly vulnerable to hackers because consumers typically do not install anti-malware protection onto their devices.

“The rising popularity of mobile-banking malware creates yet another security headache for consumers who are increasingly turning to their mobile phones for everyday tasks from banking to shopping amidst the COVID-19 contagion,” Truong Thanh Duc, chairman of law firm BASICO told VIR.

Besides fake promotions and customer rewards which lead customers to access a fake internet banking link, Maritime Bank (MSB) has recently sent a warning to its customers, saying that they should be conscious and pay more attention to hackers using the outbreak in their multifaceted scamming tricks.

According to Hoang Nguyen Van, CEO of the IT group SAVIS Vietnam, as non-cash payments and digital banking are being rapidly developed, information security and safety are critically important issues. A minor security incident can cause serious financial losses.

The current fees for maintaining bank accounts or performing transactions are still fairly high, which is one of the obstacles of a high cashless payment volume. Apart from some digital banks such as Timo, TPBank, OCB OMNI, and some commercial banks like Techcombank and SCB, which are applying free-of-charge transfer policies, most lenders in Vietnam are charging high fees.

Heads of many hospitals also said that when implementing a non-cash payment, they had to pay back the fee to the lender, ranging from 0.2 to 0.8 per cent of the transaction. However, they cannot charge patients which results in deficits. For this reason, many administrative facilities are not interested in the implementation of non-cash payments.

To stimulate e-payments, the SBV issued Document No.727/NHNN-TT in January on online payment service fees. Accordingly, the National Payment Corporation of Vietnam (NAPAS) has developed a programme of service fee exemption and reduction, including free-of-charge switches for online payment transactions of public services until December 2020; reducing switching fees for inter-banking fast money transfer transactions with small values of no more than VND500,000 ($21) per transaction to VND500 (2 US cents) from the current VND1,800 (7 US cents) per transaction, expected to be applied from February 25. 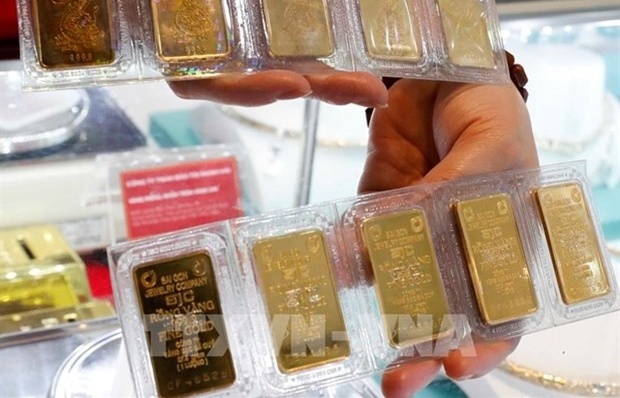