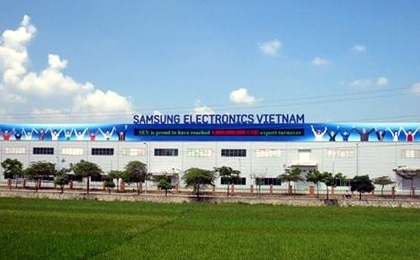 This is a proposal in the draft Corporate Income Tax (CIT) Law composed by the Ministry of Finance. It means the government will have the right to negotiate with foreign investors to grant more investment incentives to mammoth projects with big impacts on the country’s development.

The proposal comes as the government has already negotiated with Samsung and Nokia to give them the highest tax incentives from the day they start production instead of three years after production starts.

Nokia and Samsung enjoyed the incentives after the government carefully considered their projects’ scope and socio-economic impacts on the country.

“To help Vietnam charm more business giants, the draft CIT Law proposed hiking government competency in deciding tax incentives to businesses who found new sizable investment projects having big influences on socioeconomic development in their locations and the country,” the compiling board of draft Corporate Income Tax, said in a report.

Though the Vietnamese government’s general approach is to support investors with long-term commitment to doing business in Vietnam and running effective operations, its decisions could not impinge on laws.

“In other countries like Thailand and Indonesia the governments have the right to negotiate with investors about incentives given to big projects with influences on national development. Current practice requires Vietnam to follow suit,” said Minister of Planning and Investment Bui Quang Vinh.

“These projects are often beneficial to Vietnam’s development socially and economically. We face losing worthy opportunities if the government does not be given more rights for negotiating with the investors for provision of beyond-regulation investment incentives,” Vinh said.