November 13, 2021 | 10:00
Tweet Email Print
Vietnam’s 23-year membership in the Asia-Pacific Economic Co-operation (APEC) has marked a major milestone in the nation’s over 30 years of doi moi, during which it reaped high prestige in the international community and surged as an attractive investment location.

Tim Harcourt, the new industry professor and chief economist at the Institute for Public Policy and Governance at the University of Technology in Sydney, once told VIR that he has visited over 60 countries to see what makes their economies tick and the potential trade opportunities with Australia. One nation that has always stood out to him is Vietnam, one of the emerging ‘second generation’ tiger economies of Asia.

Despite the health crisis, Vietnam still grew 2.92 per cent last year, as one of few nations with positive growth. The rate is expected to stay at 3 per cent this year, with foreign direct investment (FDI) still coming in.

Vietnam has moved from a planned economy to one that is more open, and market-orientated. The economy has grown at an annual average rate of above 6 per cent over the past decade, with inflation and unemployment both at just over 2 per cent.

“Vietnam has positively changed itself thanks to joining several global forums, including APEC, from which Vietnam has been greatly benefiting, in terms of trade, investment, and GDP growth as a whole,” Harcourt said.

According to the Ministry of Foreign Affairs (MoFA), State President Nguyen Xuan Phuc will attend the 28th APEC Economic Leaders’ Meeting hosted online by New Zealand on November 12, and the online dialouge between the APEC economic leaders with the APEC Business Advisory Council one day earlier, when he will also deliver a pre-recorded speech at the APEC CEO Summit.

Covering 21 economies and making up 38 per cent of the global population, 61 per cent of GDP, and 47 per cent of global trade, APEC currently is home to many leading economic partners of Vietnam, including Australia, Russia, China, Japan, South Korea, and the US.

According to former Deputy Prime Minister Vu Khoan, since Vietnam joined APEC in 1998, one of the biggest benefits for the economy has been the massive opportunities in wooing investment and expanding trade that the organisation provided.

“Vietnam will not be able to develop as it is doing now without APEC,” he noted. “The economy’s trade and FDI have remarkably changed.”

Fifteen years ago, when Vietnam hosted the APEC Economic Leaders Week for the first time, the organisation was the country’s biggest foreign investor, holding 62.7 per cent of total FDI. Specifically, 10 out of 14 nations and territories investing the most in Vietnam (over $1 billion each) were from APEC, with a total of $39.5 billion.

At that time, Vietnam’s exports to APEC economies accounted for 72.8 per cent of the nation’s total export turnover. Moreover, APEC was also Vietnam’s biggest importing market, with a total turnover of $25.3 billion or 79.2 per cent.

Today, trade and investment cooperation between Vietnam and other APEC economies has expanded, with Vietnam surging to become a more attractive market, while APEC has also grown from strength to strength.

The investment from APEC economies into Vietnam has risen significantly, currently holding 83.64 per cent of total foreign-invested projects, and 81.65 per cent or $329.9 billion of total registered capital of $404 billion (see box).

APEC’s members are also responsible for over 77 per cent of trade, 85 per cent of foreign visitors, and 38 per cent of official development assistance in Vietnam. Thirteen out of 17 free trade agreements (FTAs) that Vietnam has signed or is negotiating are with 17 APEC members, and 17 APEC member economies are Vietnam’s FTA partners. Seven APEC economies are also Vietnam’s biggest export markets – the US, China, Japan, South Korea, Hong Kong, Malaysia, and Singapore.

Many foreign groups from APEC member economies have witnessed strong development in Vietnam over the past years. For instance, Vietnam is now considered a global manufacturing hub for South Korea’s Samsung, which is focusing funding on manufacturing electronics products in Bac Ninh, Thai Nguyen, and Ho Chi Minh City, with total capital of over $17.7 billion.

“Samsung Vietnam is extending its role beyond a vital global manufacturing stronghold. We are building Samsung’s research and development (R&D) centre in Hanoi, with a capital of $220 million, to raise the mid- and long-term R&D capabilities,” said Samsung Vietnam’s president Choi Joo Ho at a recent talkshow on FDI in Vietnam. “The construction of the R&D centre stands at over 50 per cent and is expected to be completed at the end of 2022.”

In another case, Vietnam in late August awarded a licence to LG Display that will see it raise its investment in the northern port city of Haiphong by $1.4 billion where the company is manufacturing plastic OLED screens for mobile devices, OLED TV screens, and LCD screens. This new investment has expanded its total investment in the country to $4.65 billion.

It is expected that a new wave of investment from APEC will hit Vietnam in the time to come.

“In 2018, Vietnam has attracted significant capital from APEC funds to implement 14 projects to enhance the capacity for state officers, small- and medium-sized enterprises, women-led groups, and labourers in commercial negotiations, digital skills, healthcare, and energy,” said a MoFA document on Vietnam’s participation in APEC.

Under APEC’s Bogor Goals, by 2020 all APEC member economies saw trade and investment liberalisation through reduced trade barriers and the promotion of free-flowing goods, services, and capital among APEC economies.

At the APEC Informal Leaders’ Retreat in July hosted by New Zealand, the chair of APEC 2021, State President Phuc stated that to continue expanding ties, especially in trade and investment, Vietnam proposed three areas of cooperation.

“Firstly, as APEC is home to many of the world’s top vaccine production and supply centres, we need to step up regional cooperation in technology transfer, capacity building for research, and production of vaccines. Accordingly, we should look into the possibility of establishing a temporary APEC waiver of certain intellectual property protections on COVID-19 vaccines.”

“Next, we should develop an APEC guideline on sustaining supply chains during emergencies to maintain the flow of our economies and prevent disruptions of regional and global supply chains as was the case in the past,” he said. “Lastly, APEC needs to quickly implement cooperation programmes and policy coordination on assisting disadvantaged and vulnerable groups; improving the resilience and adaptability of businesses, especially micro-, small- and medium-sized enterprises, to create more jobs and income, upskill and reskill the workforce, and reduce the digital gap between urban and rural areas, and among groups.”

In its operation strategy, APEC ensures that goods, investments, and people move easily across borders. Members facilitate this trade through faster customs procedures at borders; more favourable business climates behind borders; and by aligning regulations and standards across the region.

Tim Harcourt from the University of Technology in Sydney highly values the Vietnamese government’s commitments and actions as it prepares for upcoming APEC activities.

“There are bright prospects ahead for Vietnam, not just in Ho Chi Minh City, but in Hanoi, Danang, and in the countryside as well. Vietnam is opening its economy further, but it has a lot of work to do in terms of improving corporate governance, business regulation, and the country’s investment in human capital,” he told VIR. “Economically, Vietnam is likely to make special efforts at APEC to showcase itself as a modern, open, trading nation.” 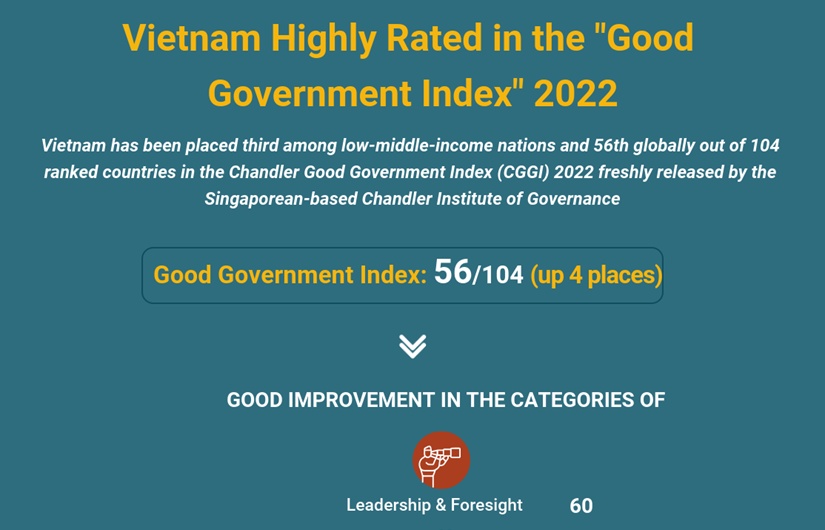 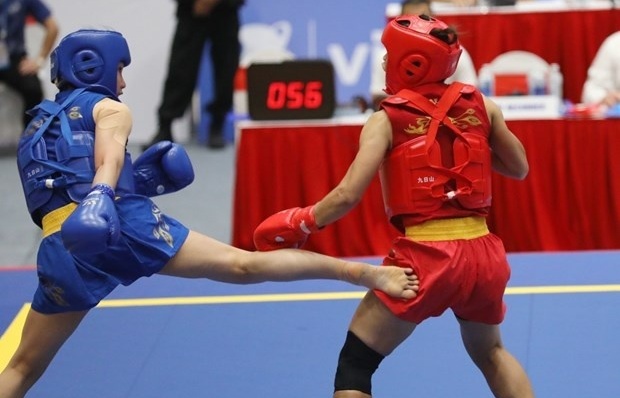 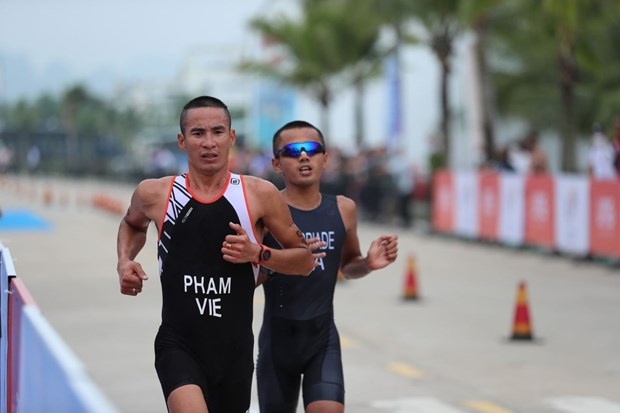 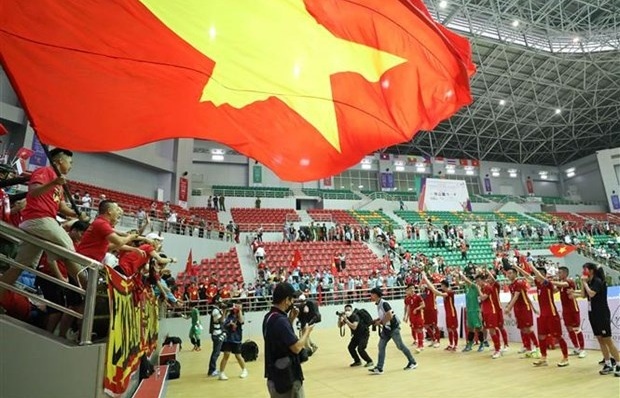