February 08, 2022 | 17:04
Tweet Email Print
Countries around the world, just like Vietnam, are having to reshape policies when it comes to attracting non-nationals to live and work within their borders, whether on a long-term basis or just a short stint. VIR’s Ray McRobbie ponders what is next for the overseas contingent in Vietnam over the next few years.

The fast-moving situation concerning the procedure for entering, and staying, in Vietnam continued to accelerate as January wore on, with some major changes to the entry and exit process.

On January 19, the Vietnamese government said it would begin to allow foreigners with valid visas to enter the country without the need for getting prior permission – in effect, a second visa – from the immigration department, which had been causing great stress and confusion for people wishing to travel home and return to Vietnam for work, myself included.

While there have always been ways and means to leave Vietnam to move home during the pandemic, actually returning was another matter altogether – unless you were willing to pay over the odds, get your head around complex paperwork, and cross your fingers that quarantine regulations were in your favour on re-entry.

As a result of that, I and many others have decided to be more patient and wait for 2022’s hopeful travel recovery to properly look at visiting home, which I have not been able to do since the summer of 2018.

The reason I was here in the first place was to experience a different life in a brand new country, something that thousands of expats had also been doing in increasing numbers over the past decade. When I first moved to Vietnam in 2016, blogs and YouTube videos made clear exactly how easy it was for a foreigner to find a place to live and a job within days of entering the country. The government wanted more foreigners here to spend money or teach English, and the loosened rules reflected that.

Not so anymore. The rules were likely going to be tightened regardless, but the current pandemic certainly pushed things forward fast. The number of foreigners living in Ho Chi Minh City at the end of 2020 dipped by 50 per cent over 2019, a trend that has likely been replicated nationwide. Data in 2019 from the Ministry of Labour showed that over 83,000 expatriates lived in Vietnam, but it is not clear if that included people on tourist visas, some of whom were working illegally. Today, that number must be nowhere near as large.

Both 2020 and 2021 saw an exodus of sorts by certain groups of foreigners – those on tourist visas unable to promote them to business equivalents, people who felt moving back to their homeland would be the safer option during a pandemic, and teachers who could not work on the scale they preferred thanks to extensive school closures.

For those still wishing to stay, work permit procedures were made stricter, in the hope that people with essential skills would remain. There are still some tweaks to be made, but the intention was clear – Vietnam wants strictly qualified workers to help raise the country up economically.

And only a few weeks ago, another purge occurred – Vietnam stopped automatic visa extensions for “stranded” foreigners who had entered the country after the pandemic hit the country in March 2020.

It is a cliché that the upheaval of the past two years can represent an opportunity to wipe the slate clean, but that is certainly true of Vietnam’s ambitions with the expatriate community. As borders begin to reopen and the world looks at a future with a very different travel mindset, all nations are having to rethink what they want, and how they will achieve it.

The expat pages of Facebook show that people still want to visit Vietnam, they still want to live here, and still want to work here. The hoops to get through may be higher but the interest is still there, especially when it comes to doing things legally.

But there is a huge chasm of interest that may have to be filled up. Will young people want, or be able, to go on gap years anymore? Ten months or so teaching in Hanoi has shaped the lives of many young people, but that simply may not be an option anymore. Additionally, will young people want to sign up for 2-3 years of working in a country on the other side of the world anymore?

I know of many people who were backpacking across Asia then stayed in Vietnam for a much longer period of time to work and save money in order to continue travelling. When will that next be a popular option, with all the uncertainty around? People won’t soon forget the pandemic impacts, and the luck sometimes involved in where someone is based if a similar situation kicks off again. I know a young American digital nomad who got stuck in Sri Lanka for 18 months; an Englishman trapped in Rome for seven months before he could enter Vietnam; and a South African who flew from Hanoi to Nepal for a 3-week yoga retreat in February 2020 – and she’s still in Nepal today.

So, there are brand new pickles to ponder for Vietnamese rule-makers. Of course, the most obvious thing they can do is look to other countries and latch onto suitable trends. Thailand is one country that has been pushing hard to find the correct balance of opening up but protecting people at the same time.

On January 18, the Thai cabinet approved visa changes intended to attract affluent foreigners for lengthy stays. The changes target the rich, retirees, remote workers, and skilled professionals, with the purpose of increasing investment and boosting the economy in a country that welcomed nearly 40 million international tourists in the year before the pandemic hit.

The proposals provide for long-term residence visas for up to four family members, including children up to 20 years old, which would be valid for five years and renewable for up to another five years. Visa holders will pay an annual fee of $300 and will report their residential address once a year.

After receiving the visa, foreigners can apply for work permits. In addition, Thailand will allow foreigners to start working right away after filing their work permit requests, without having to wait for the permits to be completed.

China is another neighbouring country having to deal with the same issues. Pursuing a zero-COVID strategy for now, the economic superpower is taking the opportunity of being effectively shut down to overhaul its foreign worker situation. In a move that also affected foreigners in Vietnam, China last year cracked down on independent online language centres, meaning that many expats in Vietnam who were adding to their incomes with extra online work for such centres lost out on huge chunks of work hours and money – in some cases, with zero notice.

The landscape of Vietnam’s language centres has certainly changed too since 2020, but as of now it’s a lot harder to gauge if there are plans to rejuvenate this segment once borders reopen, or if more resources and time will be spent on traditional schooling.

Vietnam is, of course, looking ahead to what it can do this year to both open up and entice people to experience the country. As it stands, it could be likely that April will be a key month for a wider reopening of Vietnam – in mid-January, Minister of Culture, Sports and Tourism Nguyen Van Hung backed a proposal from several experts for a “full reopening” of borders in order to begin the rebound of the devastated tourism industry.

With travel bubbles to various provinces already proving somewhat successful, a reopening for tourists will clearly be the first step in getting foreigners in and helping them fall in love with Vietnam. After that, the country will have to decide exactly what type of people they want to stay for the long term, and craft particular policies that assist in that aim.

As everyone who visits knows, Vietnam is a beautiful and charming country and it is wonderful to see it evolve and grow over the years. Now, as the world tries to crawl away from the pandemic’s impacts, people more than ever are looking for convenience, to experience life, and to deal with simpler procedures in order to do whatever they like. Perhaps it is high time that Vietnam aims for this too, in order to kick-start the promotion of its wonders and show them off to the world. 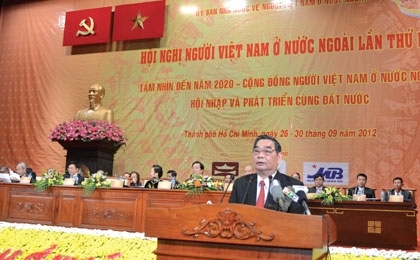 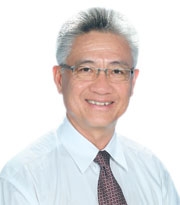 Returning to the homeland to prosper 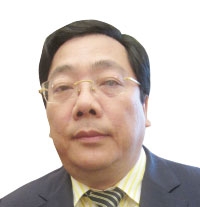 A warm homecoming for Viet Kieu 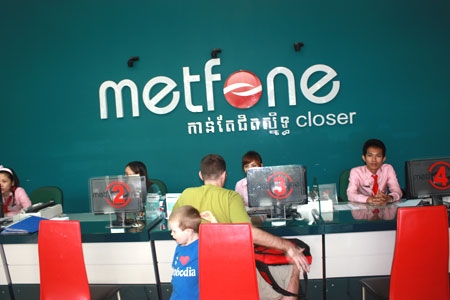