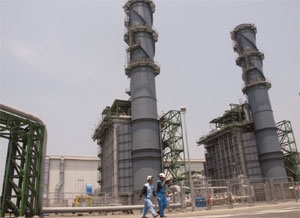 The projects are Song Hau 1 in southern Hau Giang province, Quang Trach 1 in central Quang Binh province, which are invested by PetroVietnam and Vinacomin-invested Quynh Lap 1 in central Nghe An province.

“Our surveys show that the weakness of [Chinese] EPC contractors has caused problems not only in the execution of these projects, but also their operations later on. Since the technology used and criteria applied are not advanced, there are often technical errors in the projects’ operation,” Vietnam Energy Association chairman Tran Viet Ngai said.

To implement the piloting plan, the government web portal said the Ministry of Industry and Trade (MoIT) would map out a mechanism for piloting production.

According to the Seventh Vietnam Power Development Plan for 2011-2020 with vision to 2030, 58 thermal power projects would be built with the total capital investment about $97 billion, in which the cost for equipment accounted 60-70 per cent or $67 billion.

Dao Phan Long, deputy president of Vietnam Association of Mechanical Industry, said the pilot plan could encourage domestic and foreign manufacturers having set up  facilities in Vietnam to increase their investment in the country.

In a proposal sent the government early this year, Vietnam Energy Association recommended Doosan Vina be used as an alternative to solve problems related to power plant development in Vietnam. At this moment, Doosan Vina is working with Lilama, National Research Institute of Mechanical Engineering and other Vietnamese companies to manufacture power plant equipment in Vietnam.

“This is an opportunity for both us and Vietnam.  For Vietnam it means the critical skills and expertise that is required in the production of high tech power plant boilers will be transferred to Vietnamese technicians and for the company it is of course an opportunity to expand our business and production,” said Hang Ha Ryu, general director of Doosan Vina.